← An Irish Blues Musician For You To Discover!
Roots Rock At The Extended Play Sessions →

I first saw Family and Friends open for another band several months ago and loved their folk-rock music as well as their on-stage chemistry, so I was thrilled to see them return for a headlining show at Great Scott. 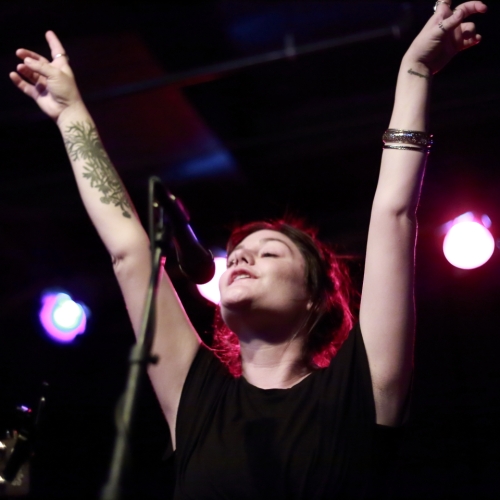 They took the stage and, before starting the show, went into a huddle which is something I have seen several bands do over the past year or two. Whether in prayer or merely a pep talk, they emerged from the huddle raring to play! 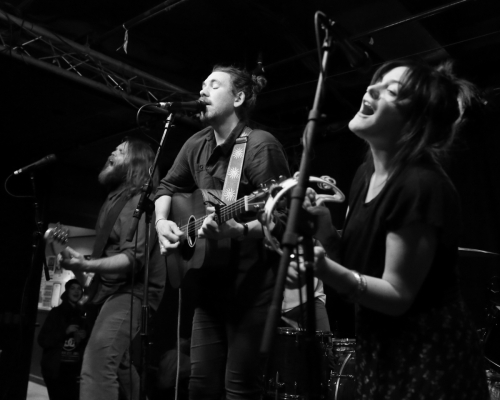 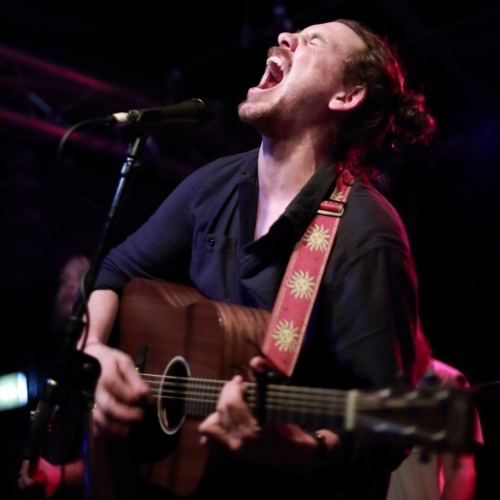 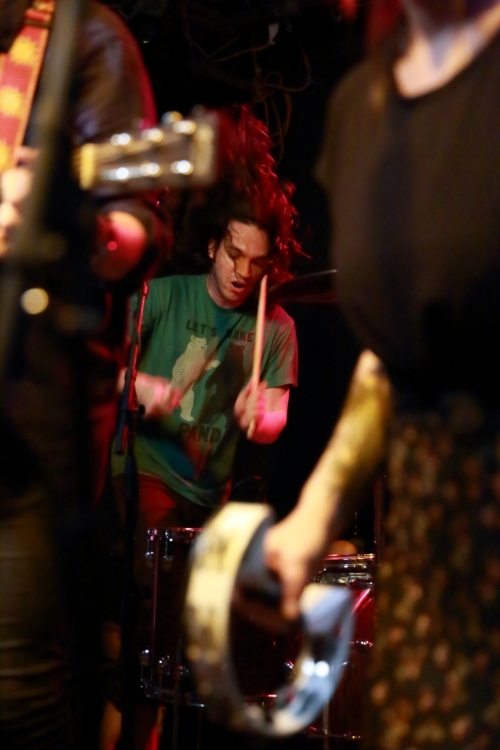 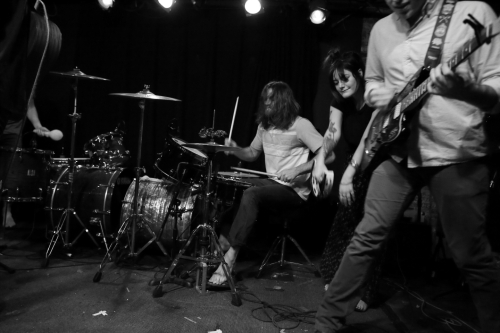 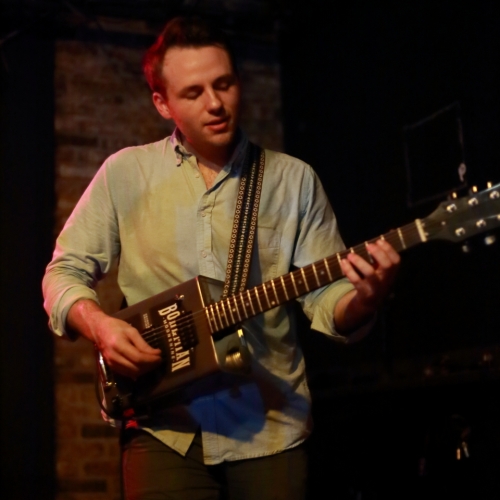 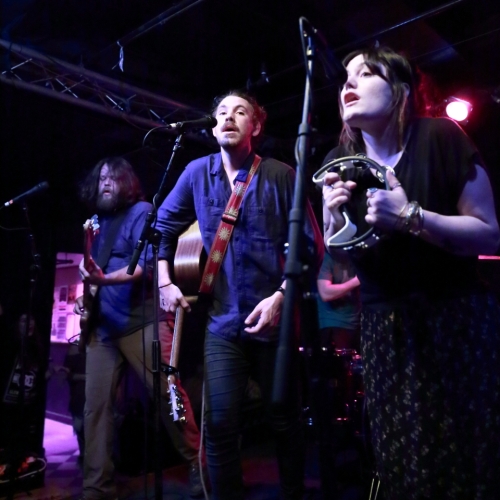 Melanie handles most of the lead vocals, and she has a memorable voice. Almost ethereal, she connects with the audience and draws us toward her. 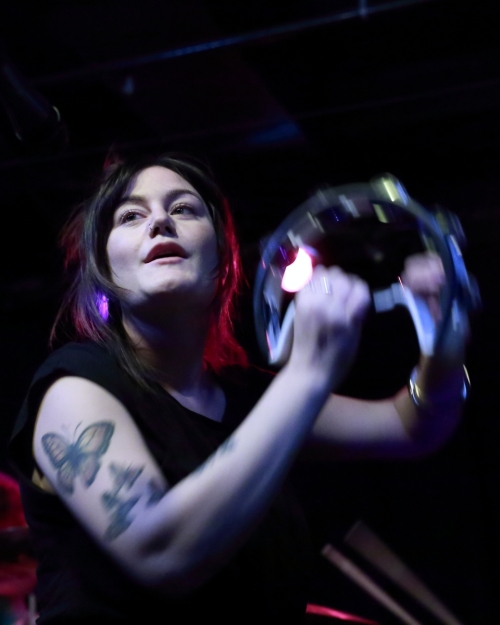 What makes Family and Friends truly stand out from a crowded genre is their percussion section. Not only are they terrific drummers, they know how to entertain an audience as they climb over their drum kits or stand on them to play. I wish the back of the stage had not been as dark as it as (I know percussionists frequently are hard to see). 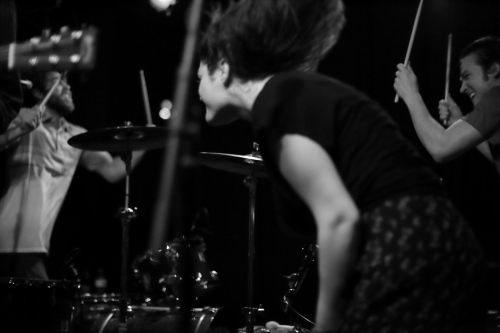 Opening the show was Nemes (pronounced knee-miss), a local band that clearly has many fans because the venue was nearly packed for their opening set (a phenomenon that does not typically occur here). Most of the people at the front of the stage sang every song along with the band. 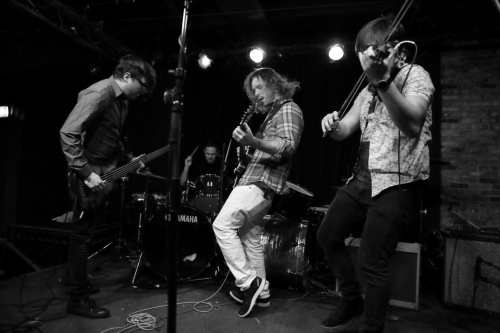 An indie-rock band, I really enjoyed some of their songs and would like to see them at a venue that has a better sound system. 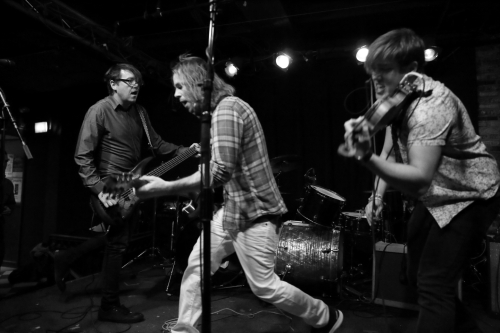 And now for my rant. The audience at this show was horrendous – probably the worst I have experienced. I was surrounded by drunks who spilled drinks all over me (and probably others) and kept trying to grab my hand as I held my seven pound camera! I spent the evening worrying that they were going to spill drinks on my camera, but since I was working the show I stayed at the front of the stage anyway. 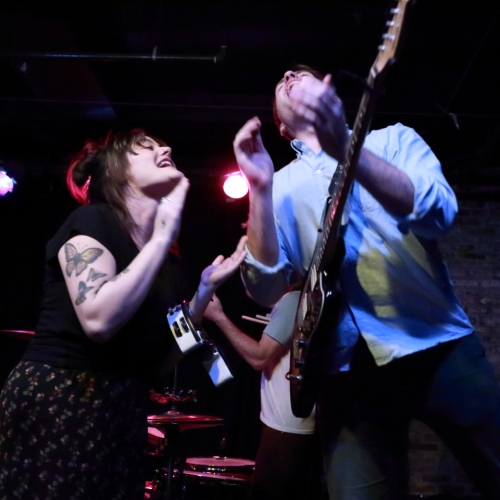 I spoke with one of the bouncers as I left the venue, and he thought it was the most poorly behaved crowd he had seen there. I will not return there, regardless of how much I might want to see a band. It is a shame I had to experience a band I love playing there. I can only hope when they return it will be at a bigger and better venue (think The Sinclair). 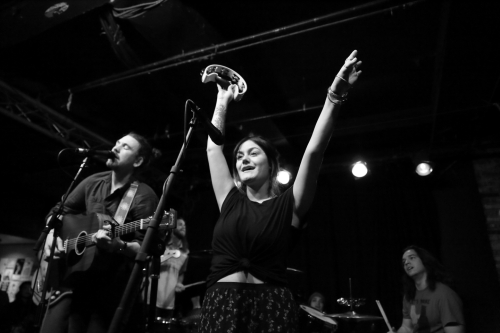 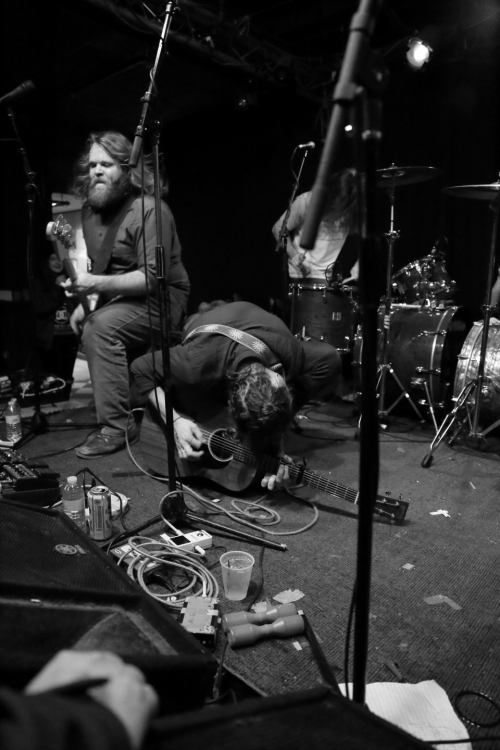 I am sorry that it was a band I enjoy as much as Family and Friends that suffered from bad audience behavior. They deserve much more respect than was shown them this night. 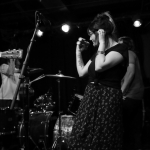 Thanks to Family and Friends for the ticket; all opinions are my own.

← An Irish Blues Musician For You To Discover!
Roots Rock At The Extended Play Sessions →