← I Love Zydeco but…
Trombone Shorty, Long on Talent →

Usually crackers are merely the vehicle to get the flavor into your mouth. The band Cracker is the flavor itself!

I had no idea what to expect from this show, and I’m really glad I went!I didn’t realize I knew as many of Cracker’s songs as I did. I can’t tell you the names of the songs, other than ‘Euro Trash Girl’ with which I was able to sing along, but a number of them were very familiar.

The show was at the Middle East Downstairs, and this was my first time in the venue. I didn’t love the club; it could have been because I wasn’t feeling 100%, but I found the front of the room (where I stood for the opening act, Camper Van Beethoven) to be claustrophobic. It was a sold-out show which I’m sure contributed to my feeling.

Unfortunately I have no photos of Cracker because I moved to the back of the room for their set and could not see them. The sound was fine back there, so I did enjoy the part of the set we saw (we left after about an hour).

They started their set with a couple of acoustic numbers by David Lowery and then launched into the set with the full band. Their style is considered alt-rock and alt-country, both of which I love (especially alt-country). The rhythms are catchy and their musicianship is terrific.

The opening act was Camper Van Beethoven, or CVB, who were unfamiliar to me. David Lowery, the guitarist and vocalist, and Frank Funaro, the drummer, are also in Cracker.

I especially enjoyed the fiddle-playing of Jonathan Segel. I was standing about seven people in front of him, so my view of him was better than of his bandmates. Most fiddle players are very interesting to watch. 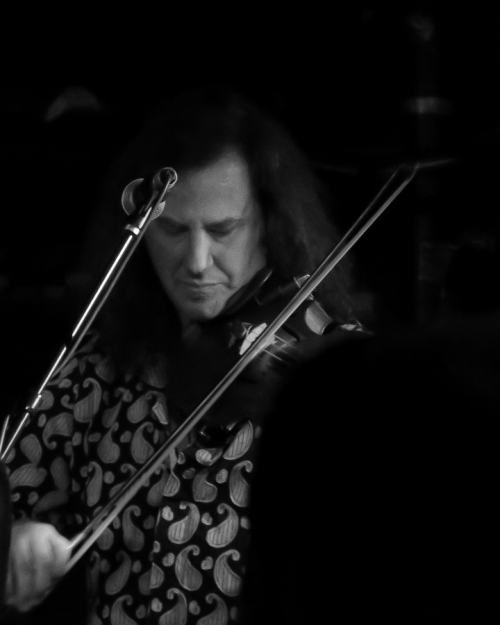 I would love to see these bands play at The Sinclair, where the sight lines are all excellent and even a sold-out show doesn’t feel crowded.

← I Love Zydeco but…
Trombone Shorty, Long on Talent →