Several years ago, a friend who has worked in the music business for many years told me that I would enjoy seeing Carrie perform.  I had not been able to attend any shows up to now, so I made sure not to have any conflicts when this show was announced. 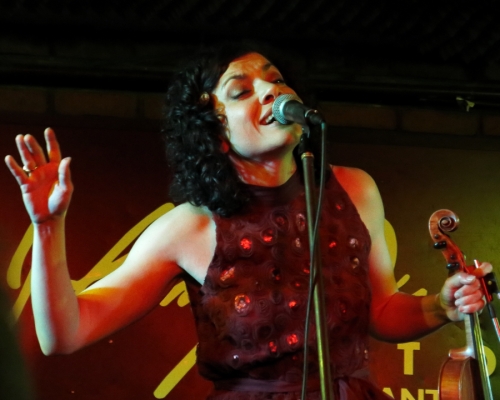 From the moment Austin-based Carrie Rodriguez took the stage with Luke Jacobs at Johnny D’s last Sunday evening, the audience was completely captivated by her.The first thing that struck me was her voice – the emotion in her songs is raw and palpable. You can see it in her expressions.

She’s a lovely fiddler but she played some other four-stringed instruments; I’m not sure if they were ukeleles because they looked larger than the ukes I’m used to seeing. 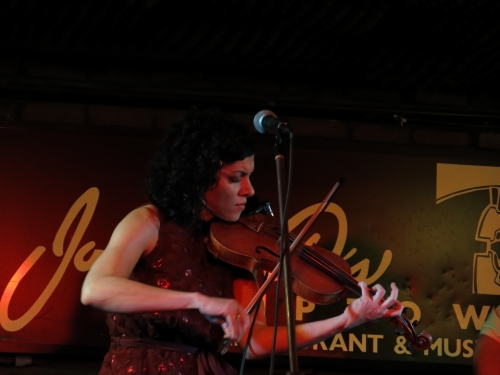 There is a lot of chemisty between Carrie and Luke. I don’t know if their relationship extends beyond music partners, but clearly they are very good friends. They work well with each other, trading leads and backing each other on vocals. 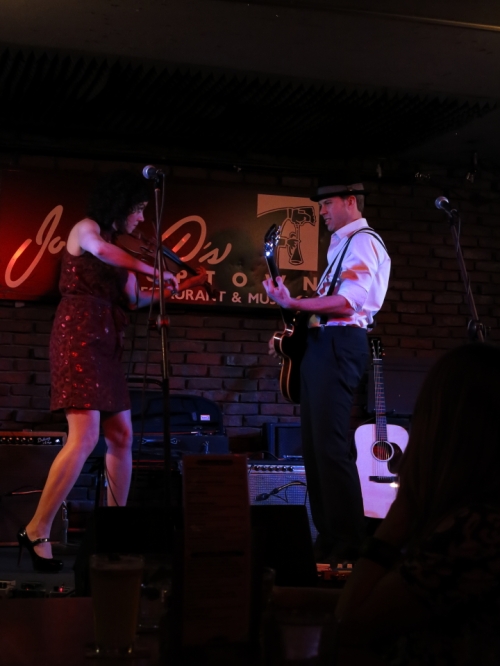 My favorite song was “La Puñalada Trapera” which I believe she said was famously performed by her great aunt.

Carrie and Luke are well worth seeing perform, especially now when they are still performing in smaller venues where you can be up close and personal with them.