← Where The Heck Are We???
Club d’Elf Never Ceases to Impress →

I spent another evening at Regattabar listening to a group of incredible jazz musicians perform for a sold-out crowd.

I was very excited to see this show; some friends had seen the show the week before in New York and loved it. 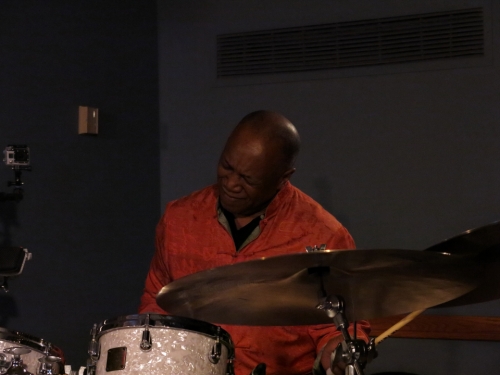 Another example of jazz at its finest, Ron deftly captained Donald and Billy through a range of numbers, including a tear-inducing solo of “You Are My Sunshine.” Even Ron was overwhelmed with emotion after that.

I had not seen Ron perform for about 25 years; his talent is as great now as it was then.

I had never seen Donald perform, other than in some episodes of “Treme” during which my reaction was, “I HAVE to see this guy in person!!!” I was quite impressed with him and welcome the opportunity to see him perform in his home town of New Orleans.

The only time I had seen Billy perform was in February 1975 at the Capitol Theatre in Port Chester, New York, and I have the ticket stub to prove it! I chatted with him briefly after he signed the stub, and he was incredulous that I had seen him back then.

Billy is also an understated talent. His sticks glide across the drums in a way that seems effortless.

Each one of these fine musicians could have been the bandleader, but that responsibility was ceded to Ron. His style is unassuming; because he set up his bass behind Donald (who was front and center on the Regattabar stage), it could have been easy to think he was not the leader. His power was evident, however, in every note they played. 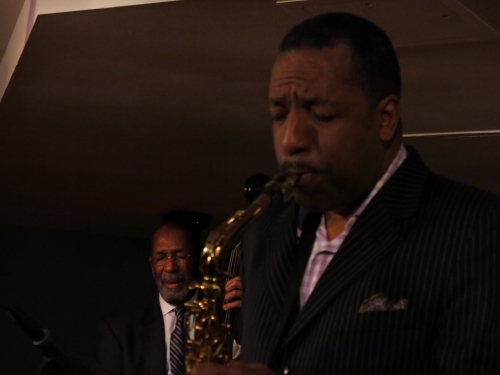 After the show, I was able to chat a bit with Donald and Billy while waiting for some friends to arrive for the late show. Thank you, Donald, for taking my ticket stub for Billy to autograph. Billy, thank you for showing deep emotion when I told you how long ago I had last seen you perform. I did not get a chance to speak with Ron, unfortunately; thank you for the emotion you sparked that evening.

This was a magical performance from three extraordinary musicians. I hope I have the opportunity to see you again, together or separately.

← Where The Heck Are We???
Club d’Elf Never Ceases to Impress →