There are times – they don’t occur often – when every aspect of an evening converges to produce perfection. Last night’s Kevin Harris Project show at Regattabar provided such an evening.

I was not familiar with Kevin Harris. To be honest, I had a hole in my schedule that I wanted to fill with some good music, and this show sounded intriguing. That is quite an understatement!

The evening started with my being seated at what has become my favorite table.  Right up against the stage and to the side, where I can almost hear the music unamplified.

The next contribution to the perfect evening was being seated with a couple of fascinating women; I felt as if we would have kept talking for hours had we not all been there to experience the music. 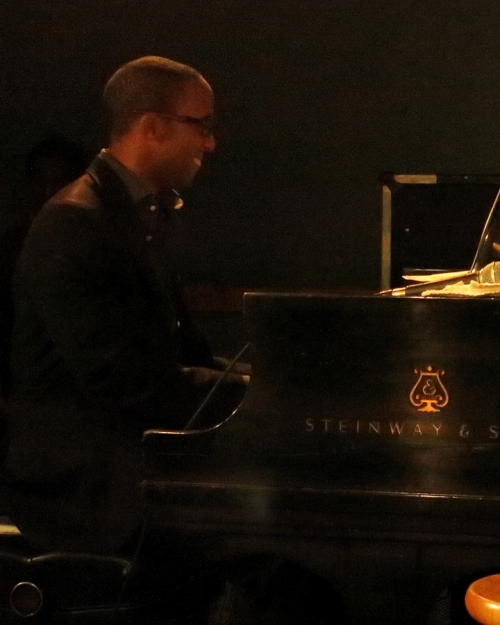 Kevin (smiling, which he did during much of the show)

And then there was the music. I listened to a clip of his music on Kevin’s website, but as I have come to realize, jazz must be experienced live.

Kevin is a pianist whose style is a blend of traditional and contemporary jazz. While not easy-listening (a style I do not particularly enjoy), it is easy to listen to and extremely accessible. 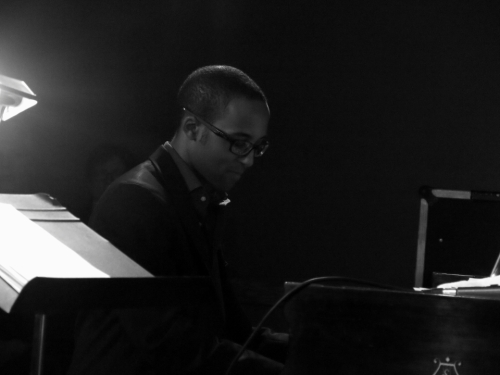 Kevin led a quintet last night. The other members were Frank Lacy on trombone, Jason Palmer on trumpet, Edward Perez on acoustic bass, and Steve Langone on drums. Apparently each has his own band as well; I will be searching for their shows in the future (Jason plays at Wally’s Café in Boston and Frank plays at Smalls in New York). 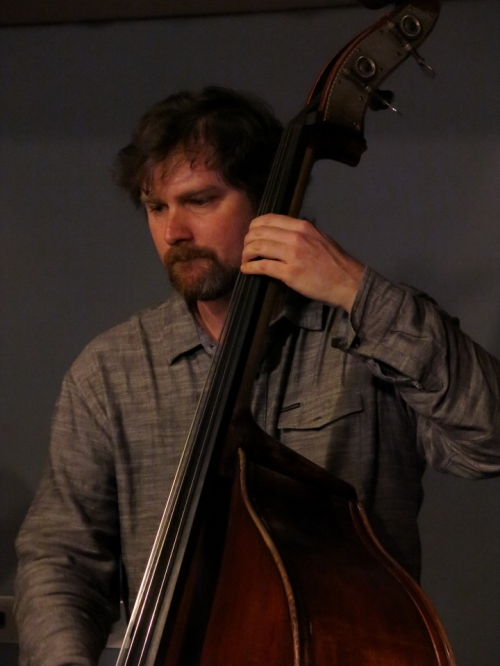 The setlist consisted of mostly original numbers (“You Are My Sunshine” was the exception, which Kevin dedicated to his wife, Louisa) written by Kevin, Jason, and Frank; Edward and Steve might also have written or collaborated on some, but I did not hear that they did.

Kevin led us through a museum with his songs, asking us to close our eyes while he described one gallery after another. I kept that in mind while they played, closing my eyes at times during the songs to reinforce the image Kevin gave us. It worked.

They are all exceptional musicians who greatly impressed me. I left the club knowing that the evening had been extraordinarily special.

I am listening to one of the CDs I purchased as I write this; I have the same feeling now as I did last night. The music is washing over me like waves lapping at the shoreline, sometimes intense, sometimes gentle.

All opinions are my own.