Dancing The Night Away With The Mavericks

Yes, I saw The Mavericks two nights in a row – they are that good!

Sunday night’s show was at The Wilbur which afforded me a different experience than the previous evening did. The floor was general admission standing, so I decided to stand at the stage rather than sit in the front row of the mezzanine. I am so glad I did.

In my opinion, there are pros and cons to standing up at the stage (or sitting in the front row, for that matter). The biggest negative is that the sound is rarely as good as being further back in the audience, with the possible exception being acoustic guitars because you can hear them unamplified.

The biggest positive is that the energy level is usually incredible. You’re also really up close and personal with the band and the band can feed off the crowd’s energy. 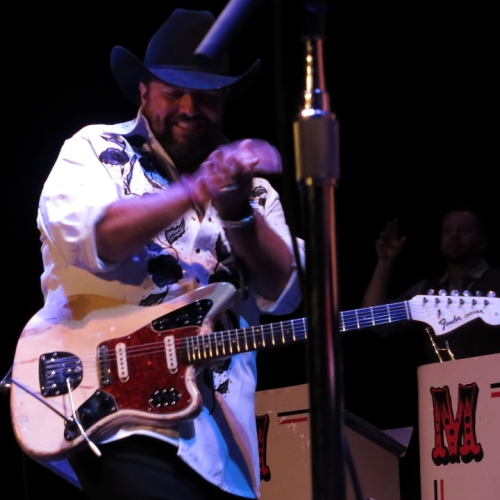 All that was true on Sunday night. I thoroughly enjoyed being able to see that Robert’s eyes are a gorgeous blue and that Jerry Dale wears incredible socks (I love crazy socks, so I can relate to that). 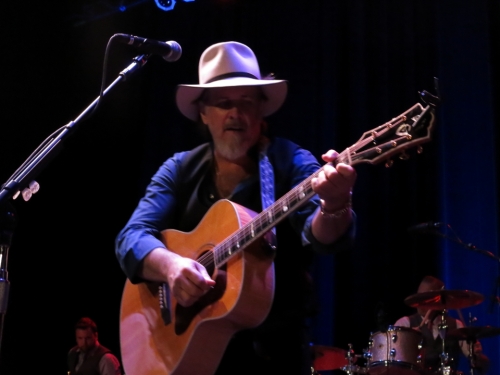 The core of The Mavericks consists of Raul Malo, lead vocalist and guitarist; Jerry Dale McFadden, keyboardist; Eddie Perez, lead guitarist; Robert Reynolds, guitarist and backing vocalist; and Paul Deakin, drummer (I could not get a shot of Paul without a big cymbal blocking his face). 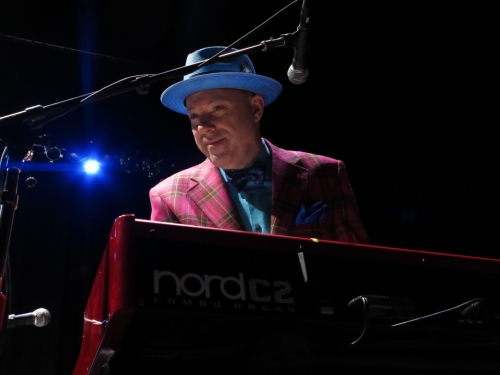 Raul has an amazing voice which has lost none of its silken qualities in the past 25 years! He could sing anything and people would melt like butter.

I was standing right in front of Jerry Dale for this show which was fabulous. He is so animated and such a good keyboardist that standing near him is probably the ideal spot!

The rest of the band on this tour are Michael Guerra on accordion, guitar, and backing vocals; Matt Cappy on trumpet; Max Abrams on saxophone; and Jay Weaver on acoustic bass. I would love to see them become permanent members of the band because they are great additions. 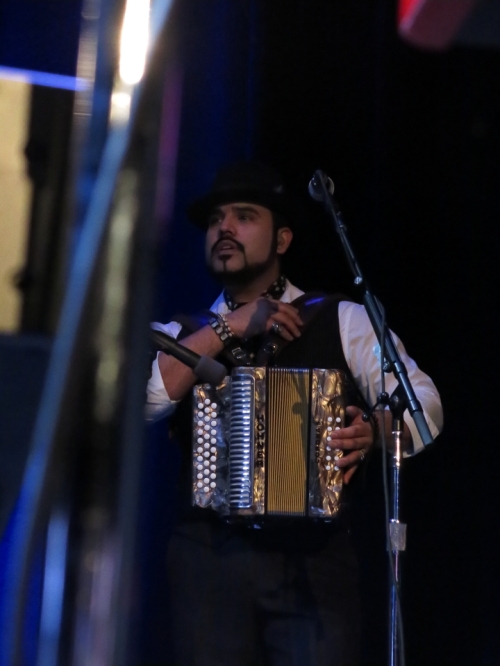 They played a similar, but not identical, set list as the previous night. They included many of their best-known songs, which is, after all, what most people came to hear; ‘Back In Your Arms Again’, ‘What A Crying Shame’, ‘There Goes My Heart’ and ‘Dance The Night Away’ were a few of those songs.

Introducing ‘Okie From Muskogee’, Raul told us that 25 years ago they opened for Marilyn Manson, saying they didn’t know who she was but it was a gig! He followed that with, “We played this next song, and it didn’t exactly win them over, but it set the tone for our career, where we’d play any song for anyone, anytime.”

The encore opened with Raul and Michael performing a duet of ‘O Sole Mio’ which Raul said they heard that afternoon on Hanover Street [in Boston’s North End]. Gorgeous, and frankly it was a much better rendition than I’ve ever heard!

The encore included KC and the Sunshine Band’s ‘Boogie Shoes’ (this does not appear on the printed set list, but they did perform it) which had the audience singing along, and ended with a rousing ‘All You Ever Do Is Bring Me Down’. 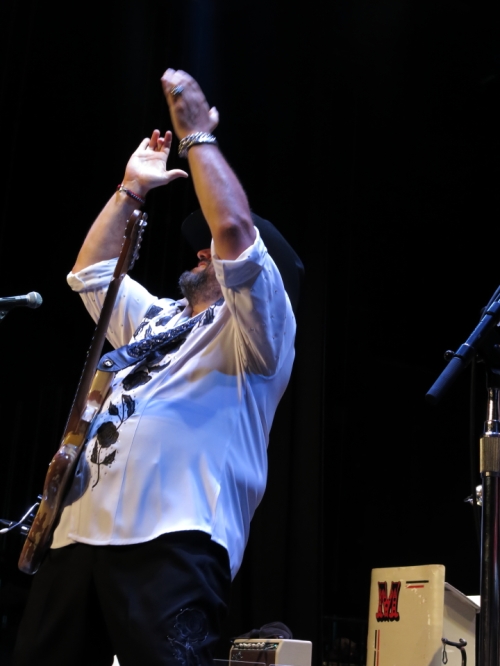 I was standing next to a couple who brought their 7 1/2 year old daughter Vivien to her third Mavericks show. Robert gave her a pick very early in the show (he also gave picks to some other younger audience members), as did Raul later in the show. I was almost brought to tears when Robert gave her his leather bracelet! What a wonderfully generous and selfless thing to do. Bravo, Robert! Matt came over to talk to her after the show, too. What great guys they all are! 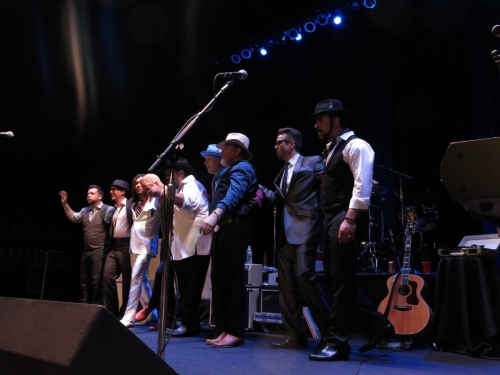 The Mavericks are touring extensively this year in celebration of their 25th anniversary. Catch a show or two if you can. I’d see them again when they swing through Massachusetts in August but I’m otherwise occupied.

Thanks to The Mavericks (and Jerry Dale) for the ticket. All opinions are my own. 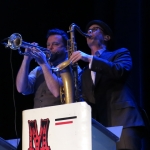 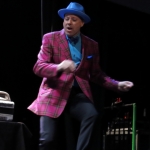 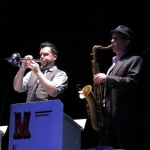