Rosanne Cash is yet another artist with whom I was familiar in name only, but when I saw that she was going to perform at the Prescott Park Arts Festival I knew I had to see her. 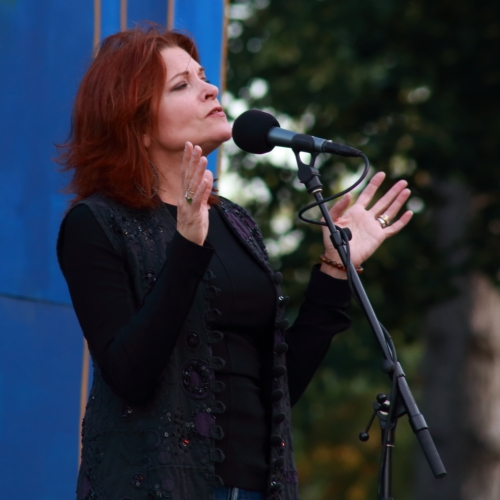 What a glorious evening it was! The weather was perfect – sunny and not hot or humid – as was the music for my first time at this series.

Rosanne casually took the stage, along with her husband John Leventhal, to play before the packed park. 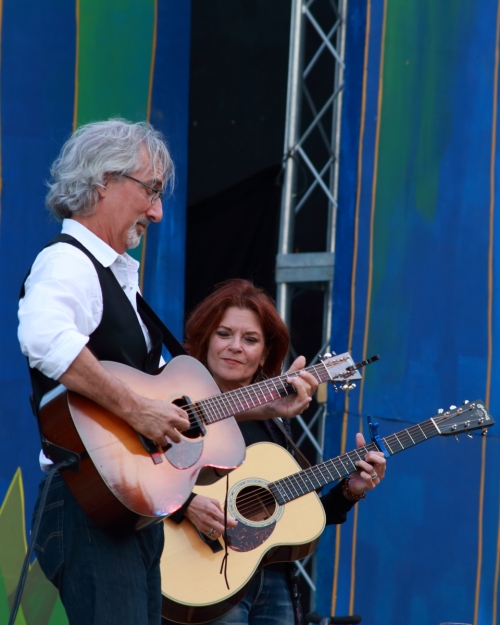 They started their set with a number of songs from ‘The River and The Thread’, Rosanne’s newest album, including ‘A Feather’s Not A Bird’, ‘The Sunken Lands’ and ‘When The Master Calls The Roll’. I enjoyed each song more than the previous one! Excellent lyrics combined with melodies that stuck with me after the song ended. 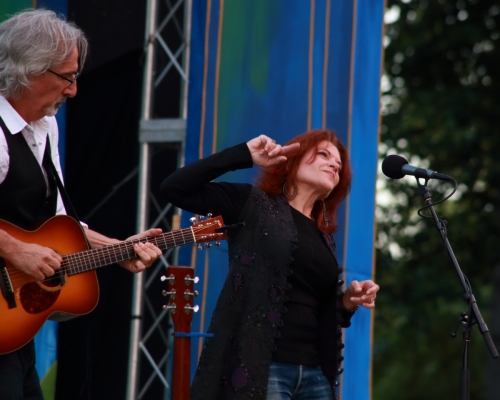 Each song – or most of the songs – was prefaced with a short story, sometimes about the story behind the song as in ‘Etta’s Tune’. Rosanne described her grandparents’ 65-year marriage and the secret to it – the first words out of their mouths every morning were ‘What’s the temperature, darling?’ 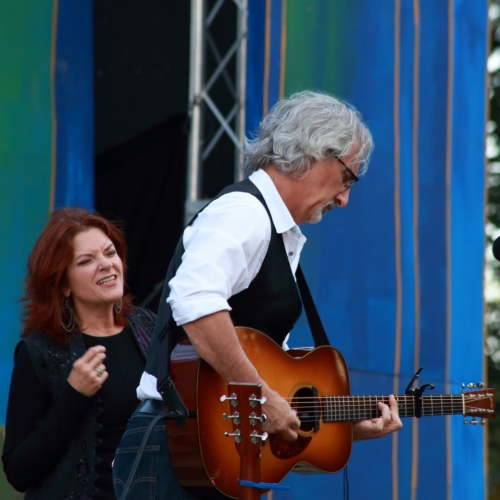 The chemistry between Rosanne and John, both personally and musically, was a joy to watch. John played lead guitar for most if not all of the songs while Rosanne took the lead singing role. They seem to be each other’s greatest cheerleader, encouraging and supporting.

I did not know John before this show, and am now a fan. He’s a fabulous guitarist who has played with many greats. Rosanne told a story about John writing a song with Rodney Crowell, her former husband, and commented that they were ‘evolved.’

I appreciated that she did not call upon the memory of her late father to ensure we loved the show. She’s a terrific musician and doesn’t need to do that.

After the first songs, she drew from the rest of her catalog, including her 1985 Grammy-award-winning song ‘I Don’t Know Why You Don’t Want Me’. 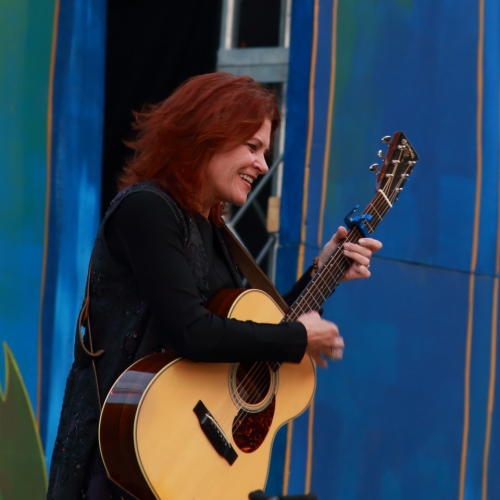 Rosanne bantered with the audience, and was not the least bit annoyed when some requests were made. In fact, she said they’d get to each of them! I don’t know if they did because I couldn’t hear the song titles, but her grace was appreciated. 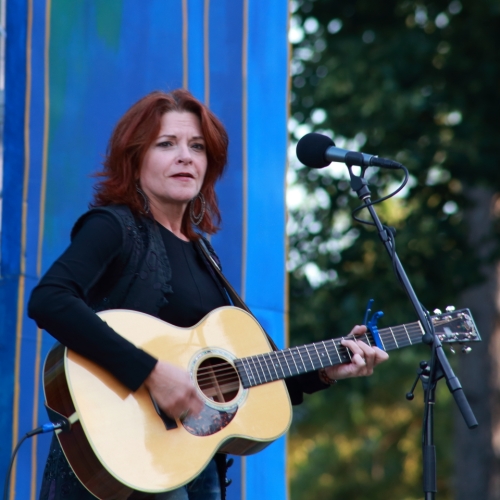 Their set ended with a two-song encore that had some audience members (me included) on their feet, swaying with the music and enjoying the sun setting across the stage.

The venue is lovely. It’s set between the most historic area of Portsmouth, New Hampshire, and the Piscataqua River. The sound was good and the lawn provides good sight lines. There are real restrooms and a snack bar that offers a small menu of cooked food as well as snacks. The suggested donation of $8-10 is a bargain!

Even if you think you don’t like country music (her music draws from blues and folk as well), you owe it to yourselves to listen to Rosanne. She’s the real deal. 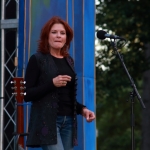 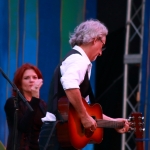