Paquito D’Rivera, the wonderful Latin Jazz saxophonist, has been making music for many years, but I had never seen him perform until the show last weekend at Regattabar. 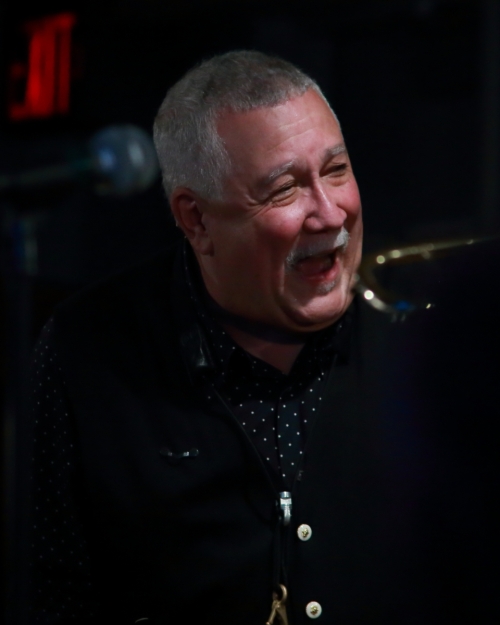 Paquito entertained the sold-out house for more than 90 minutes, and I got the feeling he would have kept playing had they not needed to clear the room for the second set (they played two more songs after they were told they could play one). 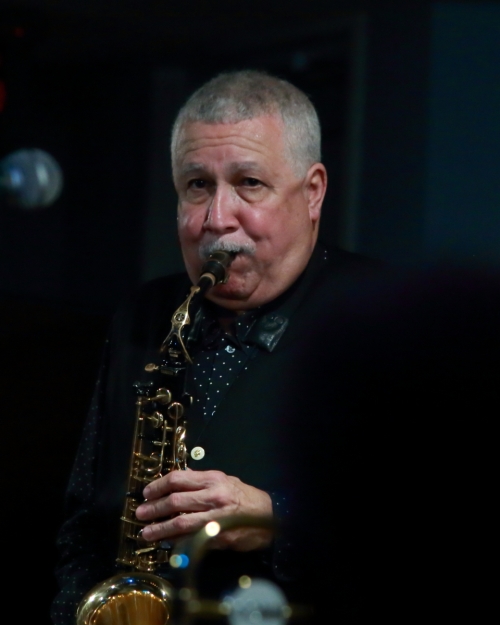 He began by telling us about the famous Cuban composer Frédéric Chopin, and then proceeded to play two pieces composed by Chopin that Paquito jazzified. I could hear the roots of each piece, but they were turned into something magical.

Paquito (that darn trombone got in the way of a good shot, but I’m including it anyway)

Following that were jazzified works by Mozart and Beethoven, among others. Each time, the original composer was turned into a Latin composer. These were all pieces included in Paquito’s upcoming release, ‘Jazz Meets The Classics’. 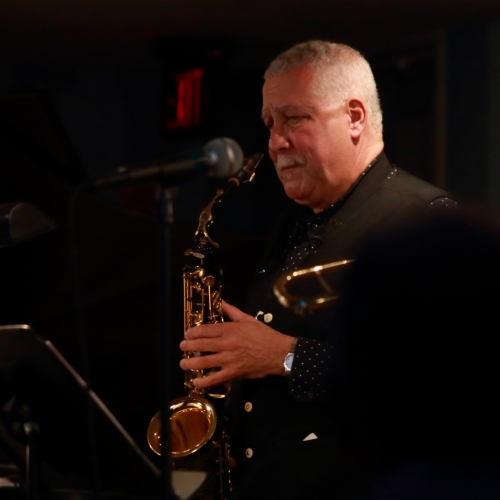 Paquito performed with his quintet plus a number of special guests. Unfortunately, I did not catch the names of all the guests. Oscar Stagnaro on bass, Diego Urcola on trumpet and trombone, Mark Walker on drums and percussion, and Alex Brown on piano comprise the regular quintet.  They were joined for the entire set by another percussionist. 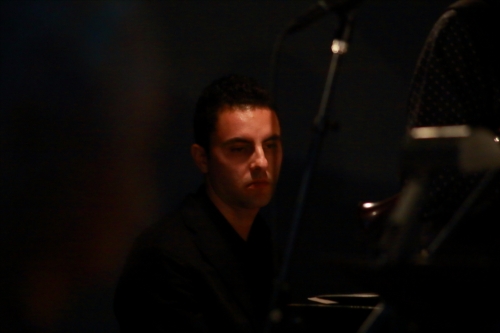 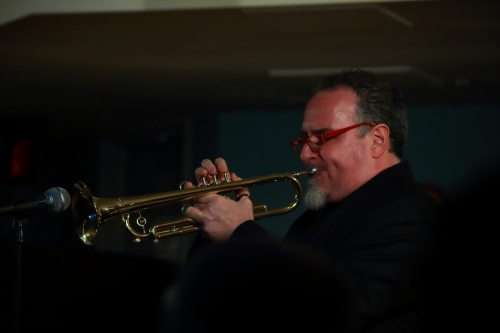 In addition to these fine players, there was a dancer and percussionists from Peru, a saxophonist from Argentina whom I know I have seen perform at Regattabar, and a guitarist from Columbia. The dancer especially was amazing; he received a standing ovation for his appearance. 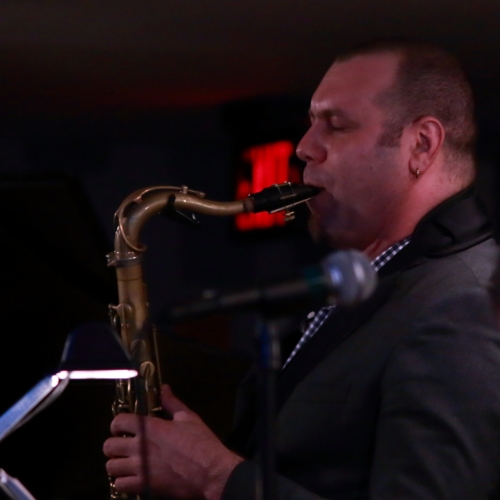 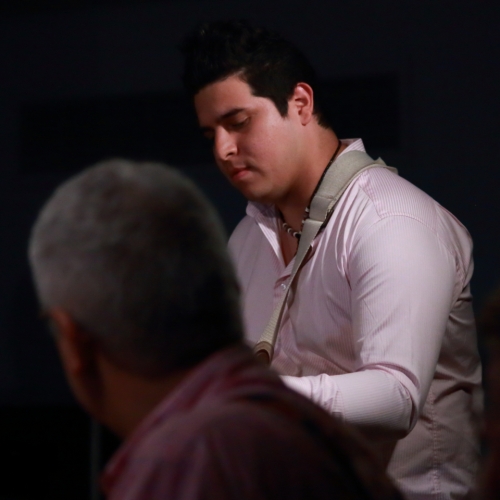 Paquito is one of the most engaging musicians I have seen. His smile and laugh are infectious; most of the audience grinned right along with him.

He is also supremely talented as a player, composer and bandleader. In the middle of the set, they played a number by Chucho Valdes with whom Paquito played in the famous Cuban group Irakere. One of the people sitting at my table commented that she was finally seeing the Paquito she loves.

I loved every note played that night and cannot wait to see Paquito perform again. 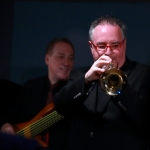 Mark, guest percussionist, and the dancer from Peru

Diego and the guest saxophonist