I expected to enjoy this show by the Barenaked Ladies at the Lowell Summer Music Series on another Saturday night with great weather, but I was not prepared to be blown away! 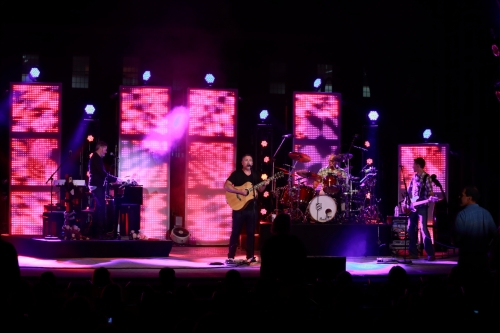 I knew their biggest hits so I knew they were funny, but I honestly did not realize how good their musicianship is.

They came out on stage raring to give us everything they have! They started the set with a few songs with which I was not familiar, yet I quickly found myself singing along with the choruses anyway.

One thing was abundantly clear from the beginning of the show – these men love what they do! They also seem to enjoy one another; these combine to produce a high-energy rock show that it greater than the sum of its parts. 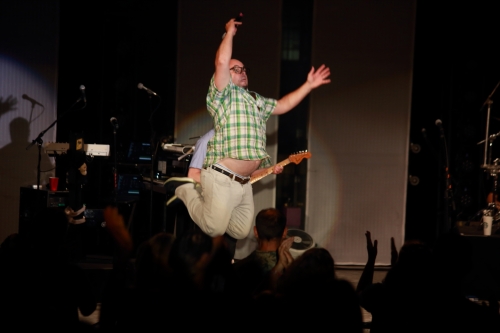 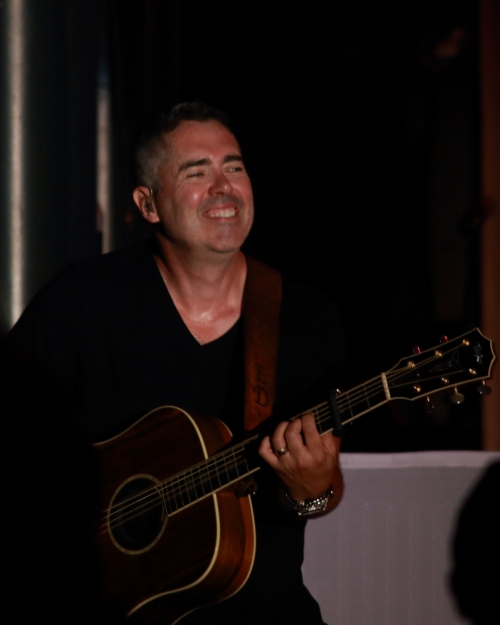 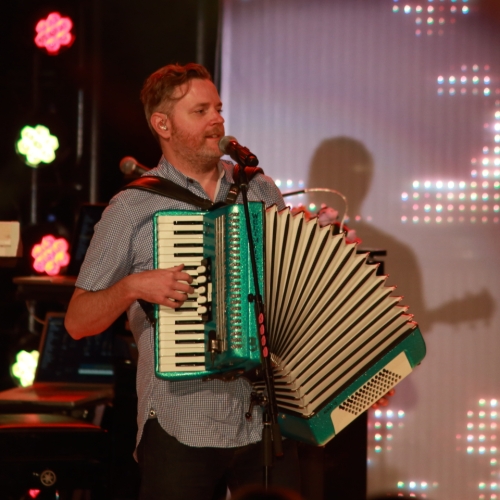 Ed appears to be the leader, mainly because he sings most of the lead vocals. He also instigated much of the on-stage antics. At one point, he used his guitar as a bat to swing at the toy monkeys which Kevin tossed at him. During the encore, he played the drums while Tyler got his chance to come to center stage and sing lead. The joy that showed on his face during some of Tyler’s shenanigans was priceless!

Ed connecting with the stuffed monkey

Their wit is quick. Ed told us about his morning spent jogging around Lowell and encountering yellow dots on some of the historic plaques around the city which, according to him, gave no explanation about the significance of the places. They launched into a song that felt completely spontaneous and had the audience laughing right along with them.

They spent the day exploring the area, including a pinball parlor in southern New Hampshire, which endeared them to me. They were in a new city and wanted to get a feeling for it (unlike other artists who have made disparaging remarks about Lowell); kudos to BNL!

Toward the end of their set, they played some songs people expected to hear:  ‘If I Had a Million Dollars’, ‘Brian Wilson’, and the ‘Big Bang Theory’ theme song.

They also performed what it listed as the ‘Barenaked Rap’ which I was told is something they do at most (if not all) of their shows. I am not sure how many song snippets they included, but there were many. Some were their songs while some were covers. I also do not know if the rap is the same at all shows, but it felt fresh to me. 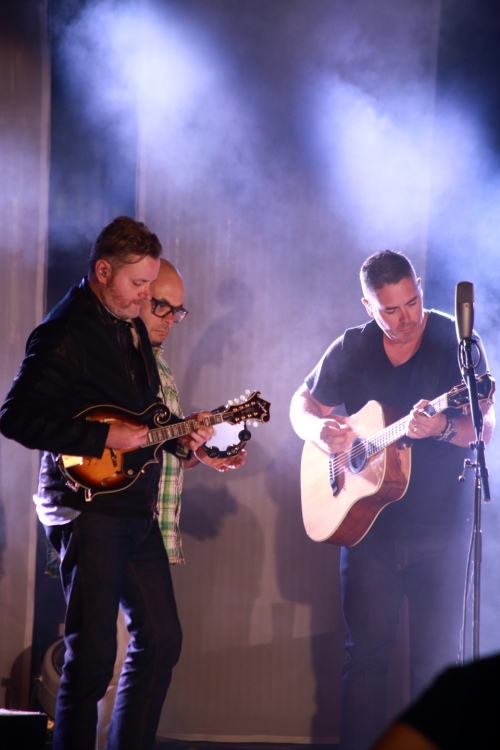 For the encore, Tyler came out from behind his drum kit to sing lead and do some rock star leaping. The crowd went wild!

Opening the show was Elliott Brood, Canada’s answer to The Avett Brothers. They are not as well known in the US as The Avetts, but touring with BNL will help them become recognized. 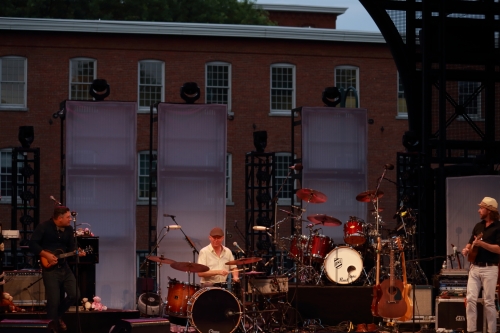 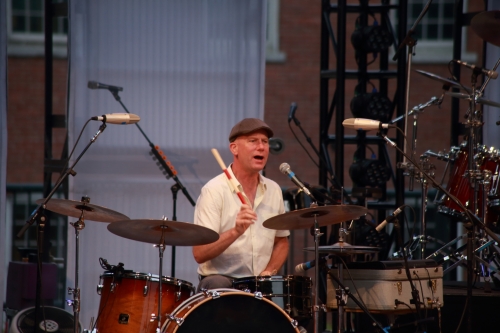 I am thankful to BNL for introducing me to this band; I wish they had taken plastic at the merch stand because I wanted to bring them home with me! (Note to artists: use the square… the cost of taking plastic will be more than offset by making more sales.)

Ed wrote, “I want guitar-heavy pop/rock that’s intelligent, evocative and thought-provoking. I want it to be singable and relatable, and I want there to be other layers in there for the people who want to go deeper—because not everybody does.” That described the music of Barenaked Ladies perfectly, and is probably why I enjoyed the show as much as I did. 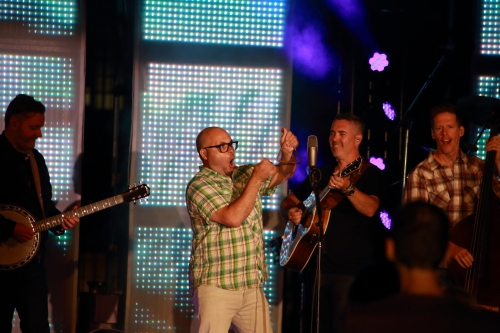 I think the sold-out, blanket-to-blanket crowd enjoyed it as much as I did!