← Triple-Header Singer-Songwriter Show
I Never Imagined I Would Spend an Afternoon in a Honky-Tonk and Love It! →

It has been a long time (nearly 40 years) since I have seen the incomparable jazz drummer Billy Cobham perform his own music, so I was more than ready to enjoy his show at Regattabar last night. Not only did I enjoy the show, but I was in awe of the performances. 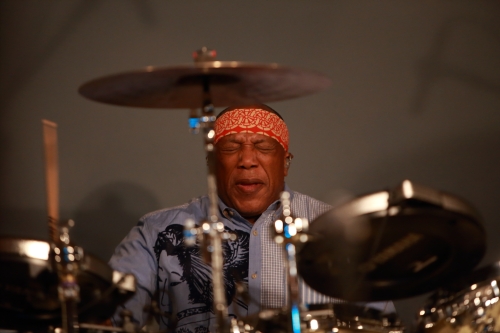 Billy played with Ron Carter when I saw Ron’s show six months ago; as Billy stated, that was fun but this night would be most special for him because the band would be playing his (and his band members) music. Special indeed!

The tour is being billed as ‘Spectrum 40’ because it’s the 40th anniversary of the release of that album. Billy told us that he is having fun taking the numbers he wrote in the early 70s and transforming them into numbers he might write today.

Evident from the first notes was their joy at being able to play these songs for us.

Look at the glee on Billy’s face!

Playing with Billy were Dean Brown on guitar, Gary Husband on keyboard, and Ric Fierabracci on bass. Each of them is an amazing musician on his own; together, they create a powerhouse of a band. 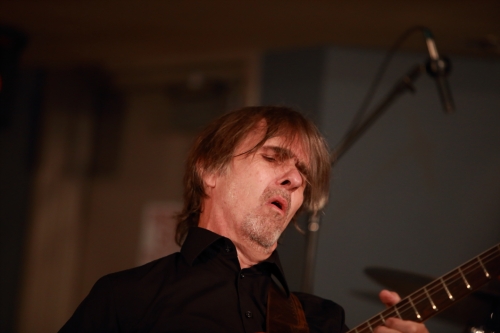 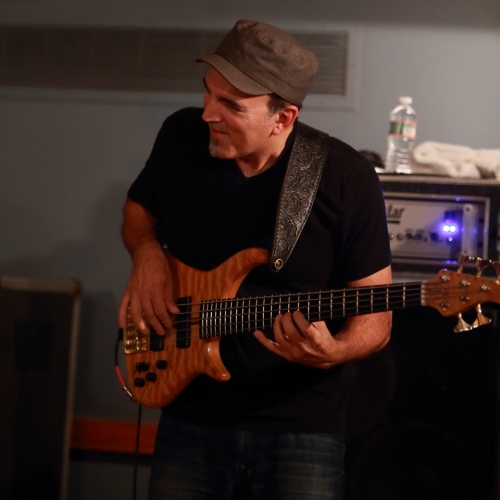 This was a true ensemble – while each man delivered soaring solos, I enjoyed them most when they were playing in sync or in ‘conversation’ with one another. Billy of course is the linchpin around whom they all revolve.

I especially enjoyed watching Dean play; his facial expressions, as well as those of his body, displayed so much intense emotion that he almost looked orgasmic. The music was so stellar that I (and I daresay many in the audience) was right there with him.

Not only did they play songs from ‘Spectrum’ but also songs written by each member of the band who have their own solo careers. I want to see each of them leading their bands.

Take a look at the rigging on Billy’s drum set. Pretty impressive! 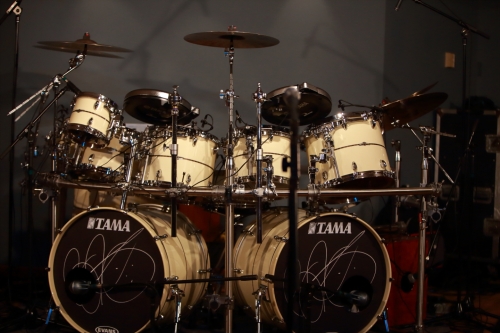 I love jazz fusion; I realize it’s not everyone’s favorite style, but if you find yourself feeling that way, check out Billy’s band or at least his recordings. He might change your mind. 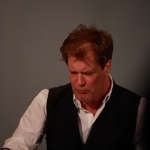 ← Triple-Header Singer-Songwriter Show
I Never Imagined I Would Spend an Afternoon in a Honky-Tonk and Love It! →