← My First Day at the Freshgrass Festival
You Need to See Gangstagrass! →

I expected the Wisewater show to be a good one at an Extended Play Session for Alternate Root TV; one of the members, Forrest O’Connor, is the son of fiddler extraordinaire Mark O’Connor. This review will not focus on that, other than to say Forrest’s apple lands right under his father’s tree yet he is a completely different musician. 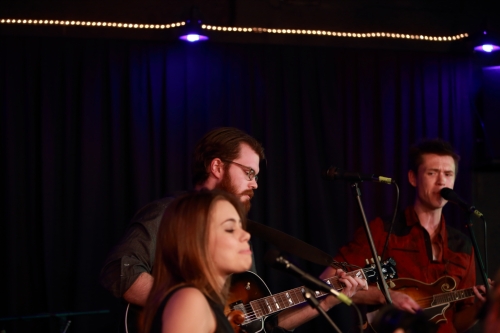 Wisewater bills itself as country pop; while that is accurate, I bristle at the term ‘pop’ so I won’t use it here.As of June of this year, Wisewater is a trio and is composed of Forrest on mandolin and vocals, Kate Lee on fiddle and vocals, and Jim Shirey on guitar. They all share songwriting duties. 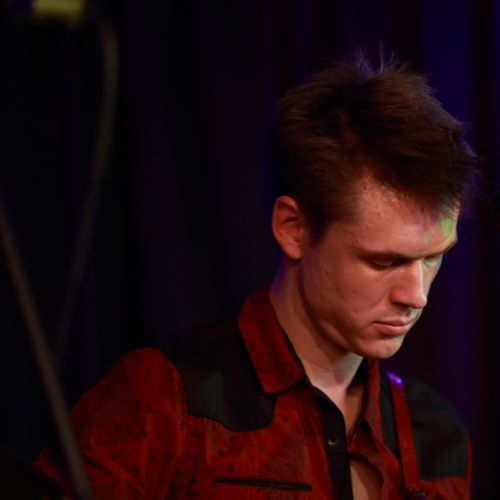 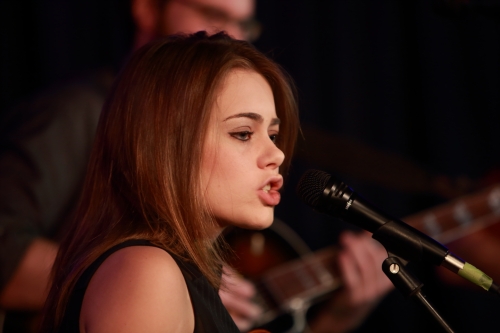 Forrest and Kate released an EP entitled ‘The Demonstration’, which is excellent. However, with the recent addition of Jim to the band, their sound has changed and matured to the point where (to this fan, at least) they MUST release a new album that accurately represents them now. Forrest said they hope to have that done in January.

Forrest and Kate were brought together in Nashville because a voice teacher/coach thought they would fit together well; that person was so right. Kate performed most of the leads on this night, but Forrest held his own on his leads. I especially loved their harmonies. They were born to sing together.

Jim’s guitar playing anchors the band. He is not flashy but he is incredibly solid and I expect that he will be featured more often in the future as the songs they write will be written with three instruments in mind.

Their music is heavily steeped in the country tradition, yet it is new and fresh. Smart lyrics accompany the lovely and lively melodies to produce songs that are easy to enjoy.

I wish I could remember the names of the songs they played, but that would not help the reader since they only have one video on YouTube and that is of a song on the EP. You’ll have to wait to see the show on Alternate Root TV!

This is a young band, ranging in age from 22 to 26. I predict many productive years for them. Seeing a band when they are young and eager is so exhilarating; I feel like I am getting in on the ground floor of something that will be big!

← My First Day at the Freshgrass Festival
You Need to See Gangstagrass! →