I don’t know how many of us who attended this week’s Extended Play Session at Alternate Root TV had any clue that our (music) world was going to be turned upside down by Larkin Poe; I know I didn’t!

Larkin Poe is Atlanta-based sisters Megan Lovell and Rebecca Lovell. The band is named for an ancestor of theirs who was a cousin of Edgar Allen Poe. Creativity definitely runs in their family! 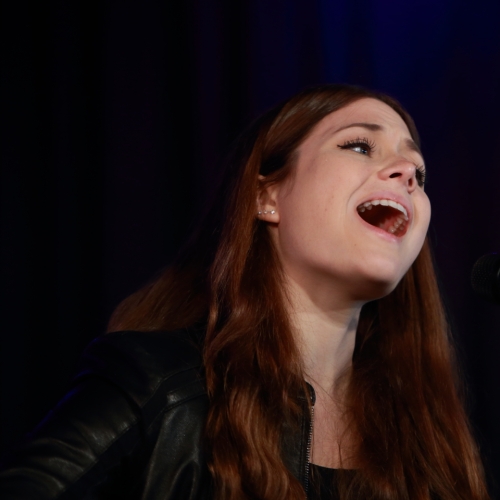 Megan and Rebecca have been playing music most of their lives, although they started out playing classical music (as I think many of us did). Rebecca played acoustic and electric guitars as well as mandolin, while Megan played only the lap steel last night. Robby Handley played bass while Marlon Patton played drums.

Their style is best described as roots rock, in my opinion (and theirs as well, since that is what they use on their Facebook page). Every head was bobbing and every body was moving to their beat, which was infectious.

They trade lead singing roles, although it seemed that Rebecca sings most of them. When they harmonized, there was magic in the studio. Robbie added backing vocals as well.

They released an album, ‘Kin’, last month and performed a number of songs from that album. ‘Stubborn Love’ was one and was written about their relationship as sisters and bandmates. One of the songs I especially enjoyed was ‘Don’t’ from the same release.

When asked if they had other albums, Rebecca said that they do but those albums are not representative of the music they are currently making. One song they played which is not on ‘Kin’ was ‘Mad As A Hatter’, written about their schizophrenic grandfather (at which time they quipped, ‘it skips a generation’). I loved it, but for now I’ll have to be content with listening to it on YouTube.

They joke about the craziness that runs in their family; that is the theme of some of their songs. That madness should provide them with fodder for their songs for many years to come! 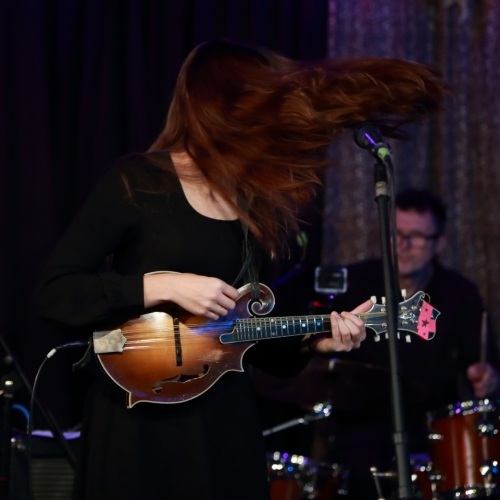 I expected them to have chemistry, but I was unprepared for the intensity of that chemistry. When they faced each other during some songs, the expression on Megan’s face was haunting; unfortunately I could not see Rebecca’s face but I imagine she mirrored Megan. 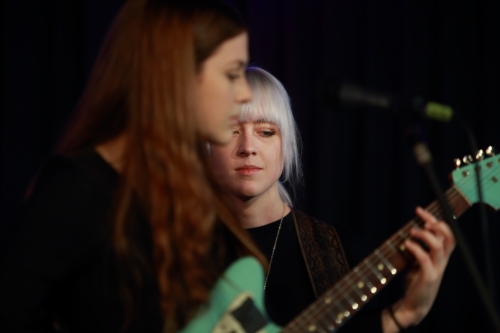 During the interview portion of the Session, they stopped short of finishing each other’s sentences, but as they were talking one would finish a sentence and the other would start a new one as if she were the one who had started the thought. The intimacy they share enveloped the audience and drew us closer. 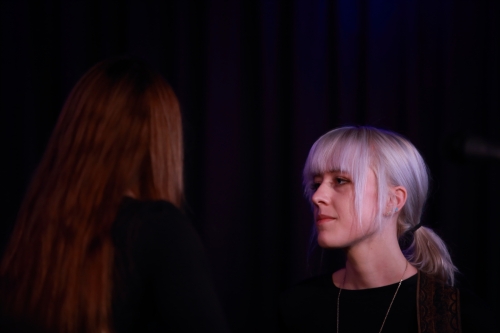 They tour as Larkin Poe, recently finishing a European tour opening for Elvis Costello, and also play as members of other bands. Their songwriting is so outstanding that I know I would rather see them perform their own songs, not somebody else’s. 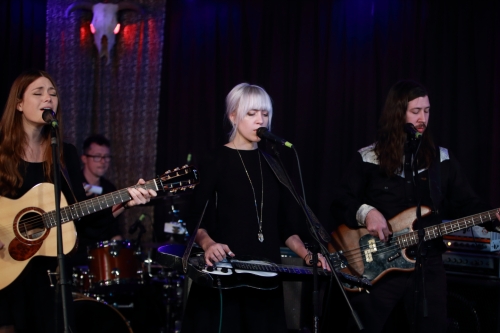 I hope you are inspired enough to catch one of their live shows and buy their music. As Rebecca (0r was it Megan) said, they are just babies in terms of their experience. I look forward to watching them grow! 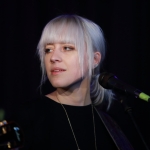