Folk The Cold Was a Winter Warmer!

What a great idea for what turned out to be a not-so-cold winter night – a three-act Americana show called ‘Folk the Cold’! The Sinclair was the proud host of this show with The Ballroom Thieves, Tall Heights and Darlingside.

The Ballroom Thieves were billed as the headliner, but each band seemed to perform similar length sets. It was a great, lengthy show.

I had seen both The Ballroom Thieves and Darlingside perform, and was excited to see Tall Heights about whom I had heard many positive things. My review of the October 2013 Ballroom Thieves show is one of the first I published; it has the distinction of being the most-read review until my interview with Ian Anderson!

Darlingside opened the show with one of the songs from their début album (I believe it was ‘The Ancestor’) and immediately captured the crowd’s attention (something that does not always happen with the opening act, especially when the show has three acts). In fact, the talkers in the audience were shushed quite loudly by many! Hooray! 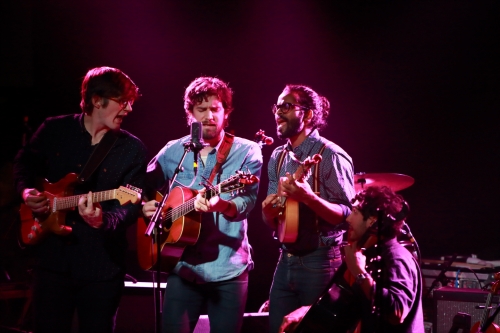 The first time I saw Darlingside perform, I walked away from the show saying I had found my new favorite band (and no, that doesn’t happen often!). Their brand of American roots music is extremely listenable; their harmonies are fabulous, and I could listen to them repeatedly.

I believe they played most of the songs from their 2013 release, ‘Pilot Machines’, but they played some new songs that I look forward to hearing on their next album.

Don, David, Harris, and Auyon (l to r) of Darlingside

Next to the stage, with very little time between sets, was Tall Heights. I had not heard any of their music prior to this show, but I was prepared to love them because they were on this bill with two bands I love. And love them I did! 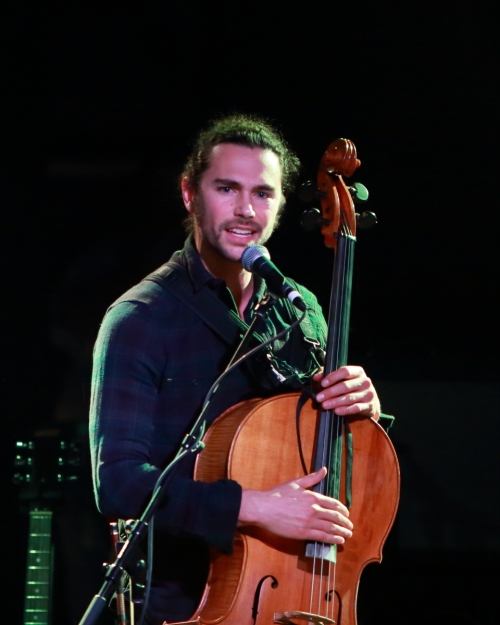 I read that their music could be described as urban Americana; I am unsure how that would differ from rural Americana, but I imagine it would have less of a country music influence and have a harder edge to its lyrics.

Tall Heights is Tim Harrington on guitar and vocals and Paul Wright on cello and vocals. For most of their set, various members of the other bands sat in with them. Their music is full as a duet but the addition of other musicians created a more robust sound well suited to a larger venue (The Sinclair has a 525-person capacity).

Tall Heights with Martin Earley from The Ballroom Thieves

Last to the stage was The Ballroom Thieves and they delivered a rousing set.

When I first saw this band in October 2013, Calin Peters on cello and vocals was new to the band and (I believe) playing her first show with them. That show was excellent, but it is apparent that they have grown together as a band. Martin Earley on guitar and vocals and Devin Mauch on percussion and vocals complete The Ballroom Thieves.

As of now, The Ballroom Thieves has released only two EPs, but I expect more music soon because they played some new numbers.

The Ballroom Thieves with Auyon and Harris

Their harmonies are wonderful and add much to the unusual combination of percussion, guitar and cello.

The Ballroom Thieves with Harris

I expect this band will appear at Newport Folk Festival within the next couple of years; after they do, their popularity will soar.

This show was similar to being at a festival, when musicians sit in with other bands throughout the day. Each band played some of their songs without the addition of others, but the show was made better for me by the collaborations. This worked particularly well, in my opinion, because they are all acoustic players of American roots music. 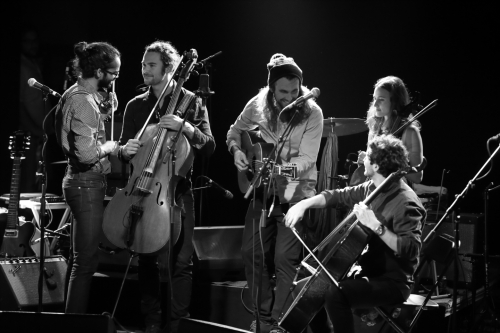 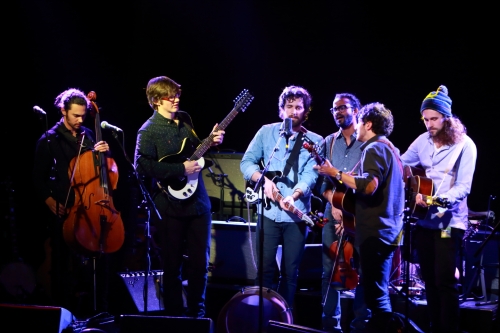 The show ended with an encore performed by all nine musicians, the first time during the show that all nine were on stage simultaneously.

This was an extremely high-energy show, and it seemed that the musicians were having as grand a time as the audience! I commend the audience at this show – it was one of the most respectful I have experienced at a venue that I would not refer to as a ‘listening room.’

I will happily see any one of these three bands again! 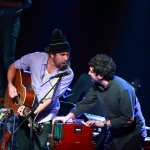 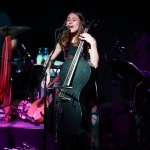 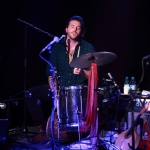 Tall Heights with Auyon, Don and Harris from Darlingside and Martin and Devin from The Ballroom Thieves