Being able to see Buckwheat Zydeco at Regattabar proved to be an incredibly welcome relief from the mountains of snow in the Boston area that are deeply affecting people’s moods (mine included). The doctor could not have ordered anything better! 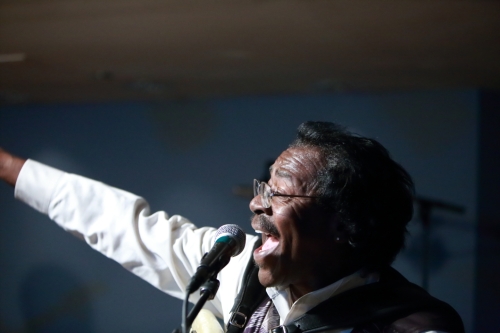 Buckwheat, born Stanley Dural, Jr., has been a fixture on the zydeco scene for many years, but I had not seen him live for about ten years so I was overdue!

Buckwheat is from Lafayette, Louisiana, which is one of the cities that has given birth to many, if not most, zydeco musicians.

Characterized by the rubboard (frottoir, in Creole French) and accordion, zydeco is a music style that I fell in love with about 25 years ago. I have seen many of the greats both in Boston and New Orleans, and I never tire of the infectious rhythm and interesting beat. Buckwheat plays both the accordion and keyboard, while Reginald played both frottoir and keyboard. 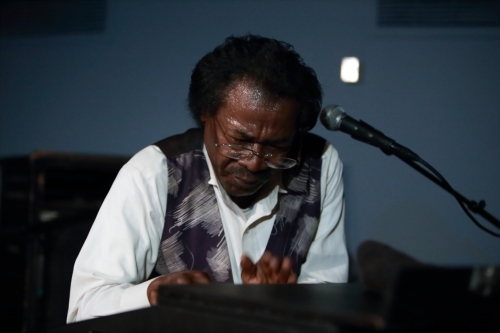 Some of the members of his band, called Ils Sont Partis, are Lee Zeno on bass, Kevin Menard on drums, son Reginald Dural on frottoir and keyboard, Curtis Watson on trumpet, and Mike Melchione on guitar. I am not sure that I’ve seen a trumpet in a zydeco band other than this, but it fits. 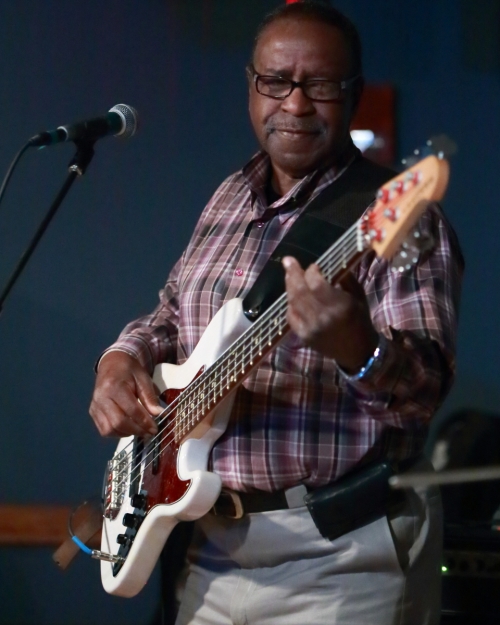 I wish I had been ‘Walkin in New Orleans’ instead of merely listening to the song (not that there was anything wrong with listening to it – I just would like to be somewhere without snow)! 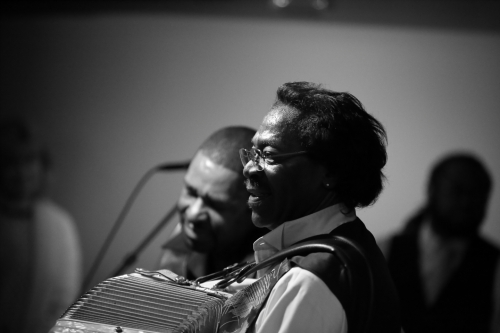 The set list was excellent; I did not take notes, but they played songs not only by Buckwheat but by Booker T and the MGs and Clifton Chenier.

This is dancing music, and Buckwheat did what he could to get us on our collective feet a few times during the show. There was a small dance area set up at the stage as well as an area at the back of the room (although I did not look to see if people danced there throughout the show). We all sported big smiles during those numbers; so did Buckwheat!

He had been sick and thankfully appears to have made a full recovery! There was a tremendous amount of energy at this show and Buckwheat was obviously happy to be entertaining us! Just look at the smile on his face. 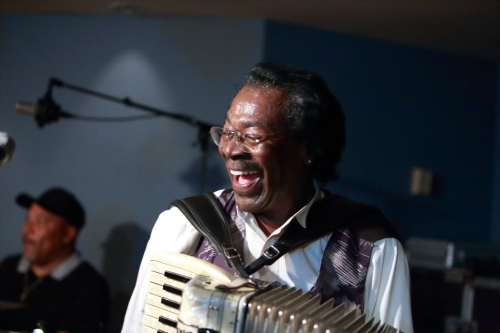 Toward the end of the show, he had a couple of people from the audience come to the mic and sing with him! I’m very thankful that he didn’t call on me – the rest of the audience should be glad as well. 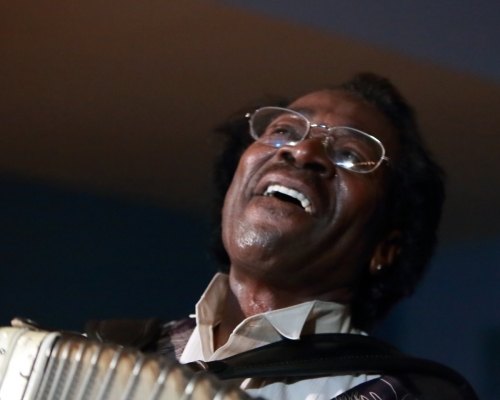 Buckwheat is a zydeco legend; if you like lively music (and really, who doesn’t), he’s worth seeing. He relates to the audience well, and made us feel a true part of the show.