I decided to attend this show by the Irish quartet We Banjo 3 at Johnny D’s (part of the World Music schedule) because the combination of Irish music and bluegrass sounded irresistible. My intuition turned out to be accurate – this was a fantastic show!

I did not have a hard time imagining how Irish old-timey bluegrass music would sound, but I had no idea it would be as fabulous as is was! The band, at its first show ever in the Boston area, played to an enthusiastic sold-out crowd and stunned us with their talent and wit. I got the impression that they were surprised to have sold out the venue!

Contrary to what one would expect from a band called We Banjo 3, they are four members and only two of them played the banjo at any one time. 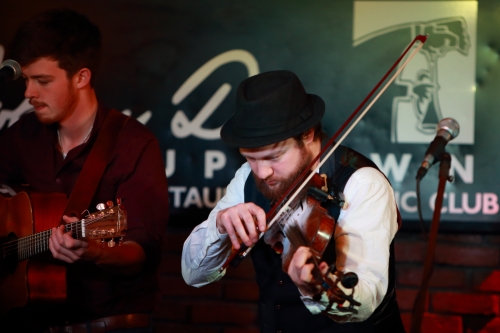 Martin is the first Irish banjo player to grace the stage of the Grand Ol’ Opry and is the winner of many all-Ireland awards. Fergal is an Irish Champion on both fiddle and bodhran. David and Garry are each renowned musicians as well.

Even though they joked around, they were on stage to play, and they certainly played their hearts out.

Moving effortlessly across the stage while not missing a bit, they were as enjoyable to watch as they were to hear. 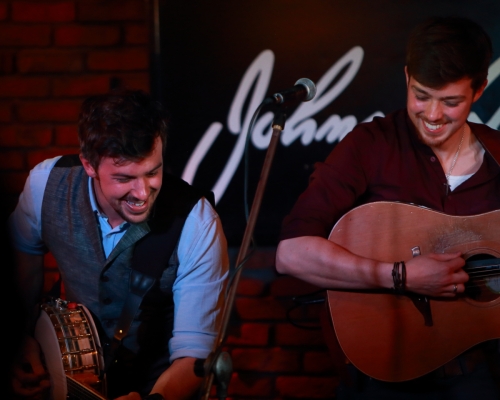 Their merchandise table was extremely busy after the show, as I imagine it was during the set break as well. I overheard someone tell them he was reminded of Nickel Creek. If I wanted to draw a comparison to a well-known bluegrass band, I’d say they are more similar to the ‘bluegrass on speed’ sound of Trampled by Turtles. It does them a disservice, though, to compare them to other bands because their music is quite unique. 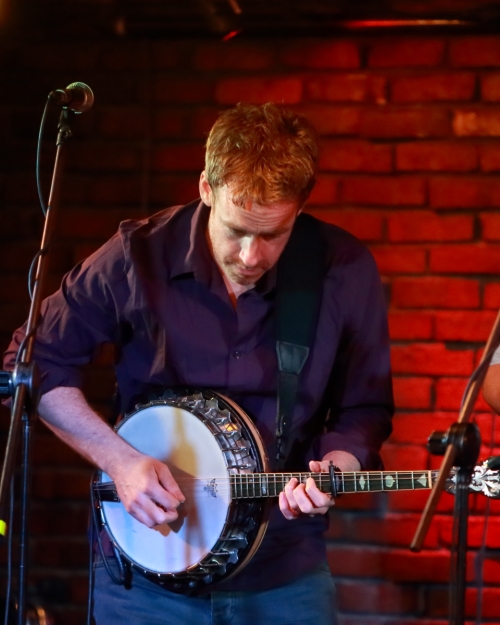 One only has to look at the smiles on their faces to realize they were having as fine as a time as we were – and possibly even more so!

I hope they return to the Boston area soon, playing at a larger venue; they will sell out that venue too. 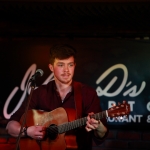 Fergal (I love his red pants)