← Americana? Outlaw Country? Bluegrass? Whatever You Call Them, The Far West Rocks!
It Was A Good Night for (Mostly) Traditional Bluegrass →

I knew nothing about Nino de los Reyes at the time I decided to see his show at Regattabar, but wanted to try something a little outside my usual wheelhouse. This was one of the highest-energy performances I have ever seen! 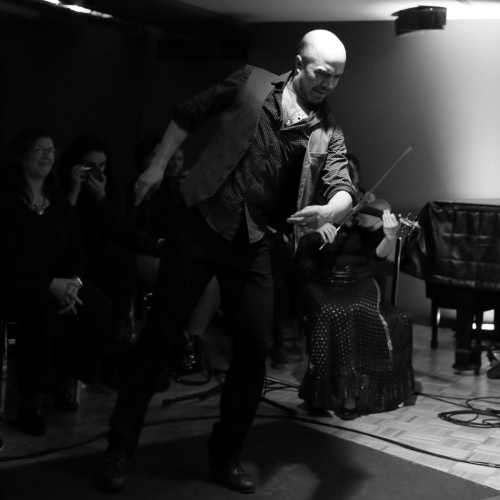 Walking into the club, I immediately noticed a special dance floor in front of the seats for the musicians. Whether the flooring was necessary to protect the venue’s floor or to provide a more staccato sound to his dancing (or both), it serves its purpose well.

I was one of the few people in the audience that evening who did not speak or understand Spanish, and I found I was at a disadvantage. I believe that flamenco tells a story, and while I appreciated both the artistry and the athleticism in the performance, I wish I knew the story each dance told. 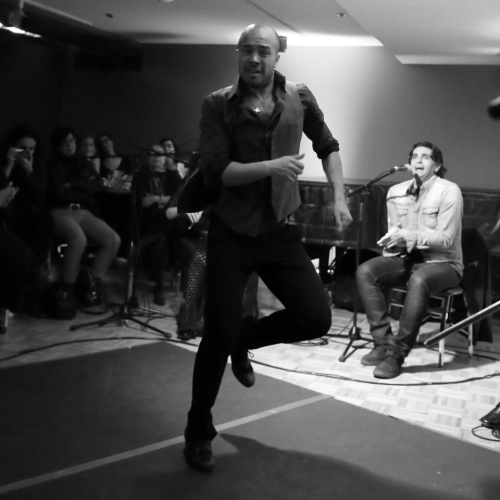 Nino’s father founded the Spanish Dance Theatre in Boston and his mother is the choreographer of the troupe, and Nino is clearly following in his parents’ footsteps (sorry for the pun). Nino’s style is based on traditional flamenco, but he adds elements of contemporary dance to the traditional elements to create a different experience. 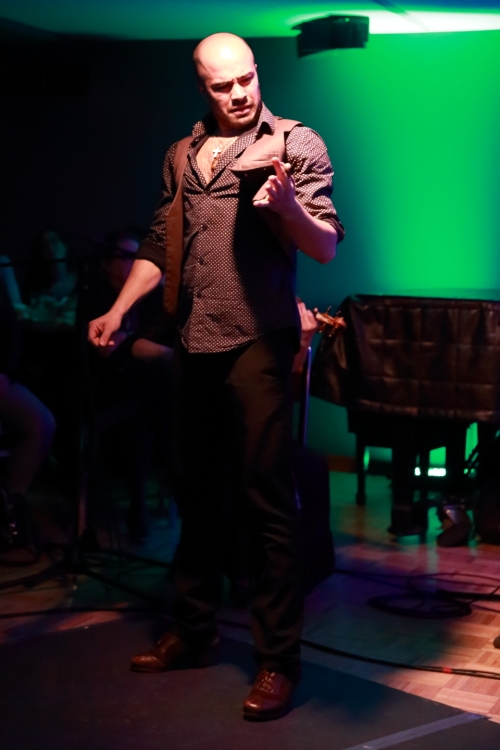 Dressed in an outfit that was befitting a night at a dance club, he took the stage to tremendous applause and began to amaze me with his prowess on the dance floor. 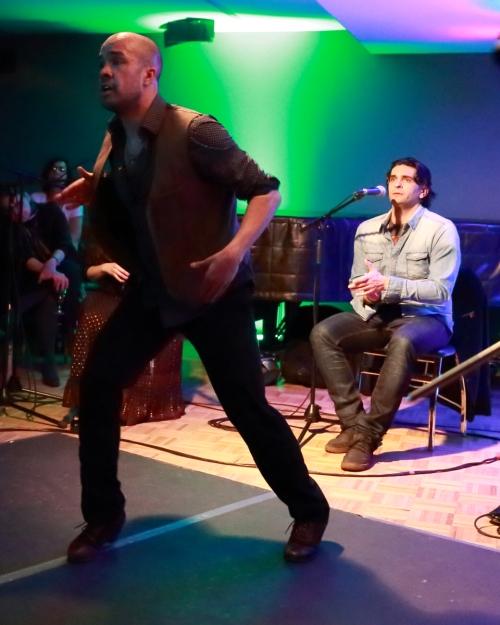 Supporting Nino were Juanito Pascual on flamenco guitar, Tupac Mantilla on percussion, Ismael Fernandez on vocals and hand percussion, Tania Mesa on violin, and another vocalist whose name I do not know. I have seen Juanito and Tupac perform a number of times, and that was a good part of the reason I decided to attend this show – I knew how good they are. 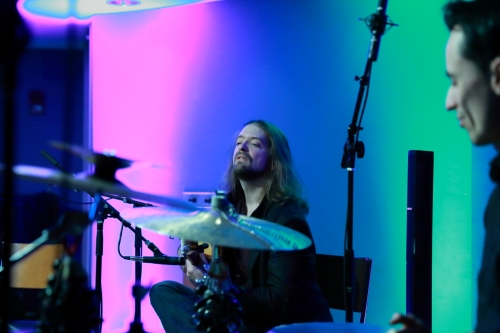 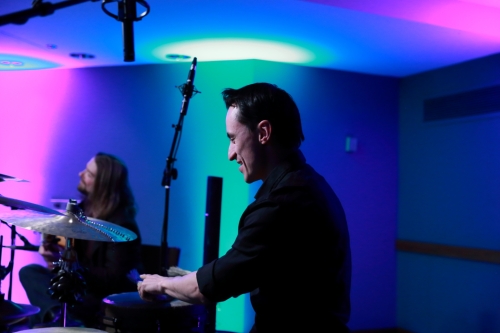 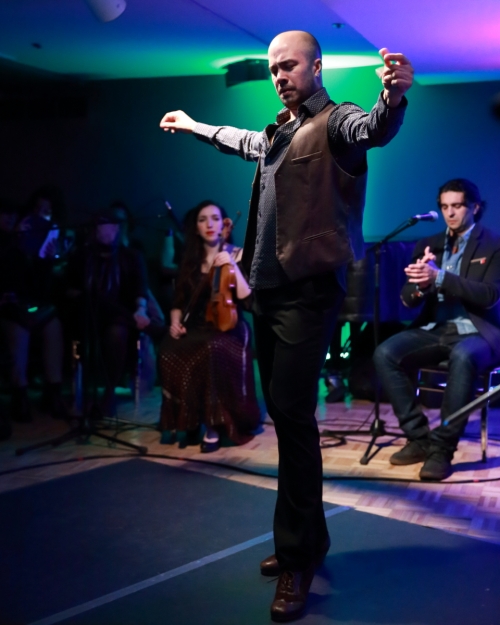 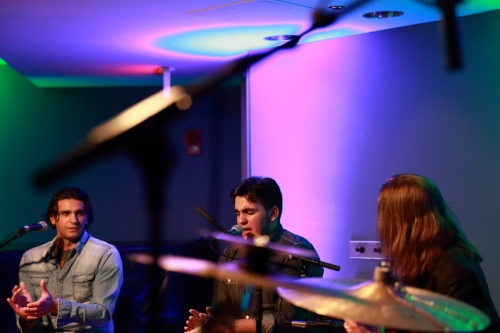 Ismael Fernandez, Vocalist whose name I do not know, and Juanito Pascual (l to r)

Joining Nino as a special guest for this show, Sean Shizz Fielder brought a different style of percussive dance to the show. Sean is the founder and artistic director of The Boston Tap Company, and he is also a fabulous dancer. 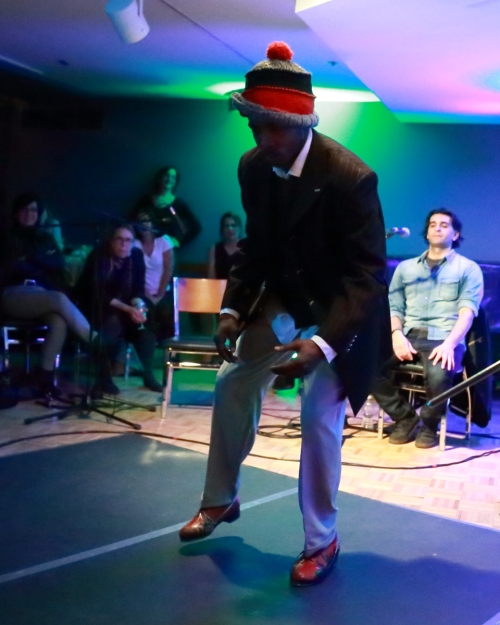 Sean performed one or two numbers on his own and then Nino came and danced with him.

This was not a lengthy show, but it was packed with very high energy. It’s fascinating how much music can be elicited from feet and hands (there is a style of percussive clapping that accompanies flamenco at times). 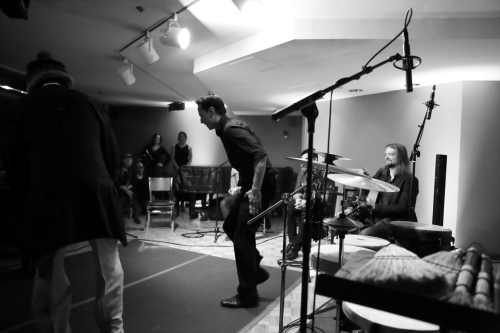 I am extremely glad I attended and expanded my music experience. 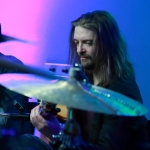 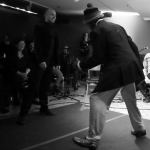 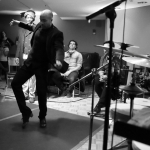 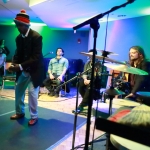 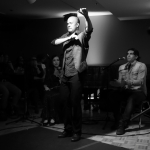 ← Americana? Outlaw Country? Bluegrass? Whatever You Call Them, The Far West Rocks!
It Was A Good Night for (Mostly) Traditional Bluegrass →