I am a huge fan of the jazz guitar great Mike Stern. Even though I had seen him perform a number of times, I had never seen him with his own band until last weekend when I attended the last of his four sold-out (or nearly sold-out) shows at Regattabar. 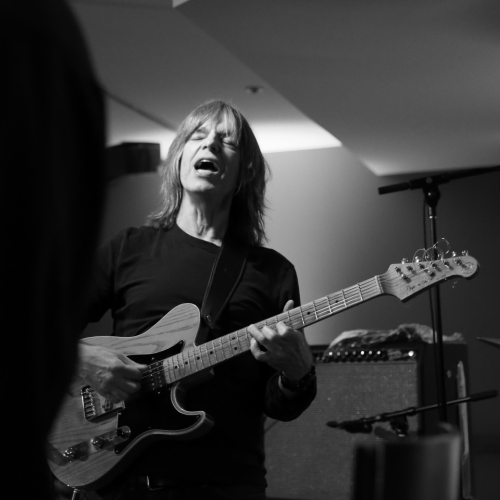 Mike is an incredible performer in terms of both his talent and his performance style.

One of the things I love most about watching Mike perform is that he has an impish quality, visible in his reactions toward his fellow performers. He looks almost surprised that he is standing on the same stage as the others, as if he is not sure he is worthy. Sometimes he stands back to watch them; other times he walks toward one of them after a particularly moving solo and tells them it was ‘beautiful, man’ (I was sitting close enough to be able to hear him say it). 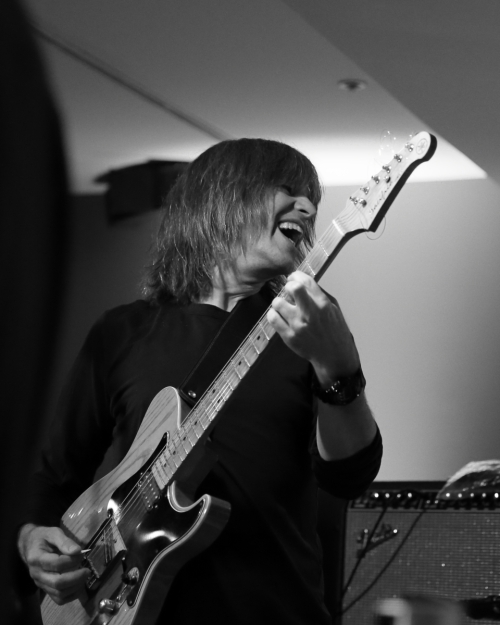 Mike assembled a stellar band for this set of shows.  Randy Brecker on trumpet, Dennis Chambers on drums, and Anthony Jackson on bass complete the quartet. Each of the men is an extremely accomplished musician on his own; sometimes a collaboration such as this can create a jazz supergroup as was in evidence at this show. 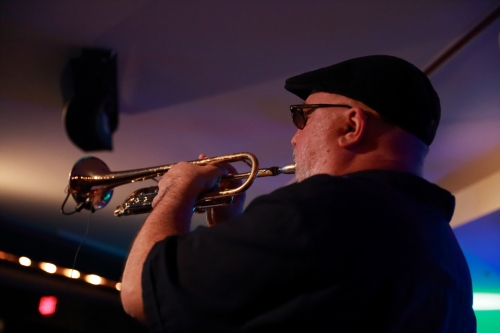 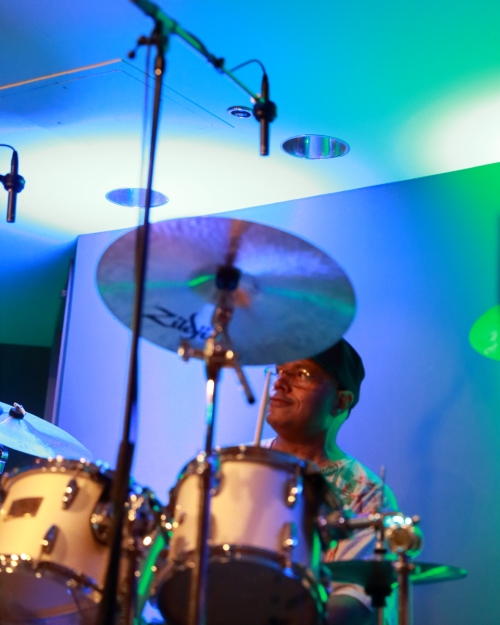 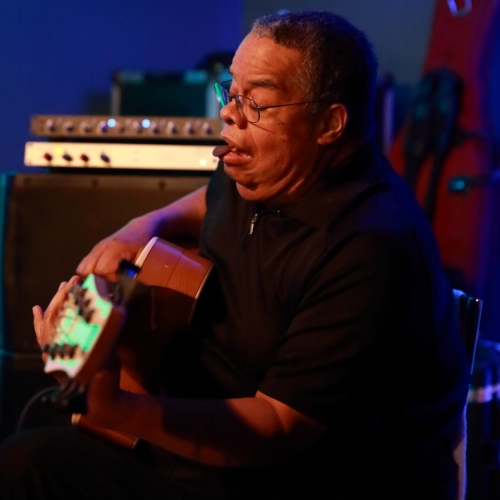 Mike’s style is probably best described as jazz fusion, but he is such a fine musician that he can incorporate any other genre into his tunes as he did this night with the funk rhythms of Dennis Chambers on drums. Unfortunately I could not see Dennis’ face but I could feel his passion and talent. Holding my camera at my knees and not being able to see exactly what was in my viewfinder, I got a few passable images of Dennis, but I do not think they capture the intensity of his playing. 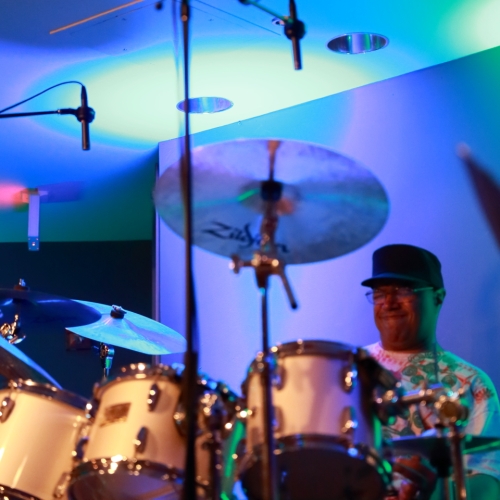 Something I especially enjoyed were the ‘conversations’ between Mike’s guitar and Randy’s trumpet. I felt that they were talking with each other; I have witnessed this at other jazz shows and it is a joy to behold. I believe they were improvising because they did not sound rehearsed, which made it even more exciting. Then again, one of the signs of an excellent musician is that a tune can be repeatedly rehearsed yet sound fresh each time the tune is performed. 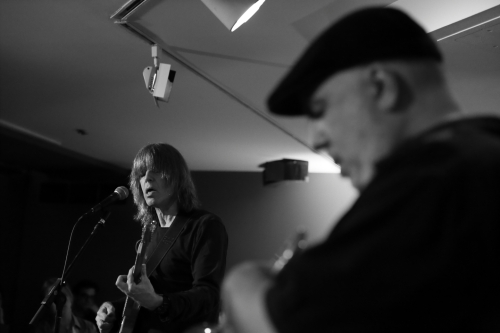 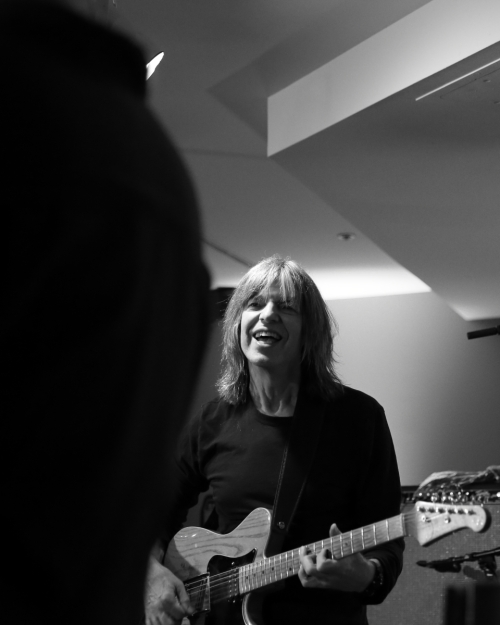 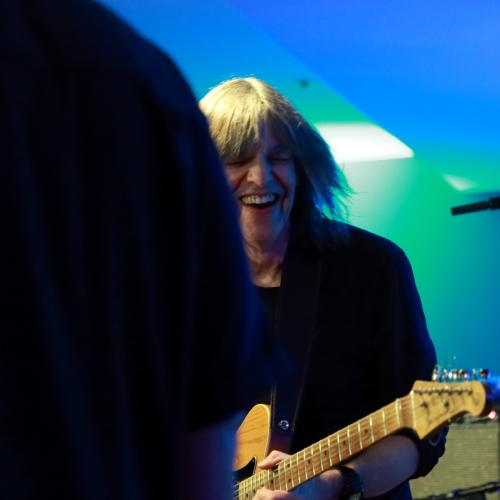 Anthony played one of the most gorgeous bass guitars I have seen. I presume it was custom-made; it’s a six-string bass with strings that looked much thicker than those found on a typical bass.  He played it so beautifully, also in conversation with Mike’s guitar at times, and made it look so easy. 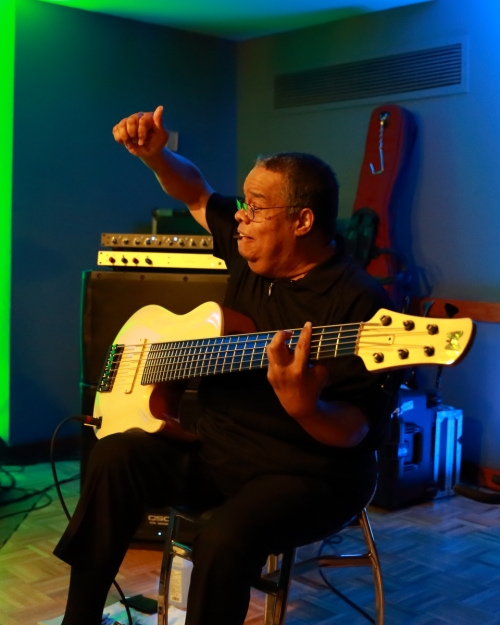 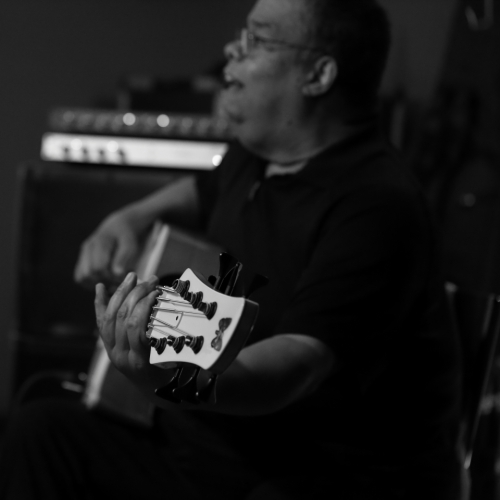 I was sitting so close to Randy and was able to see how easy he makes playing the trumpet look. He seemed to put hardly any effort into it, yet the sounds emanating from the bell sounded anything but easy to play. 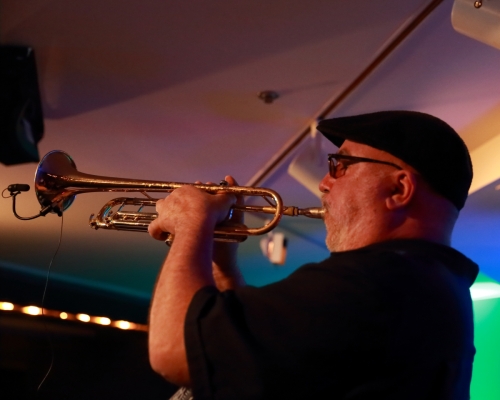 I could have listened to them play all night. At times, I closed my eyes and let my mind drift across the hills and valleys the music created. We were lucky to be in the audience and witness musical genius. You’ll see me in the audience next time and the time after! 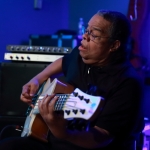 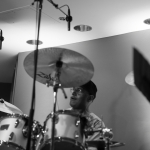 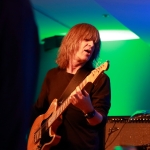 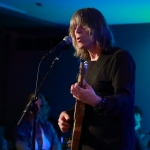 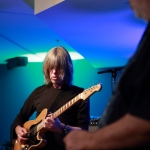