← Jenee Halstead: Powerful Voice And Songs
Think Outside The Box! →

An Evening Of Love Songs With A Righteous Babe!

This was not Ani DiFranco‘s first appearance at the Lowell Summer Music Series, but I missed her appearance six years ago and nothing was going to make me miss this show. 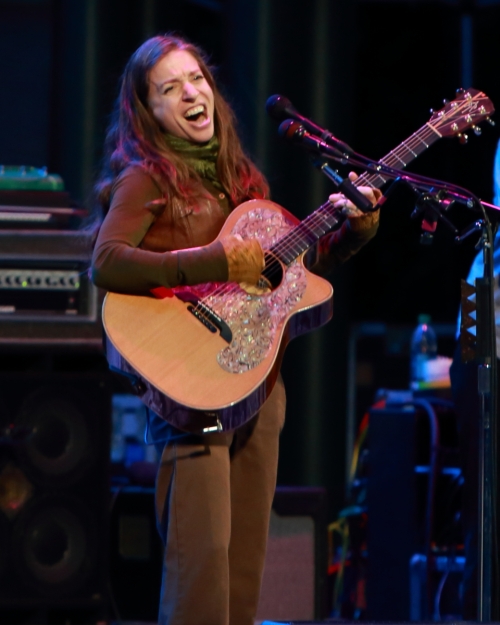 As she took the stage, DiFranco related that when she was assembling the set list, it suddenly hit her that she would perform love songs for this show since it had been a troublesome few weeks (in the news, not for her personally). What a brilliant decision!

Music has the power to heal, as DiFranco well knows, so choosing love songs with which to regale the large crowd would go far with healing from the shootings in Charleston (at least if people were willing to hear the message). 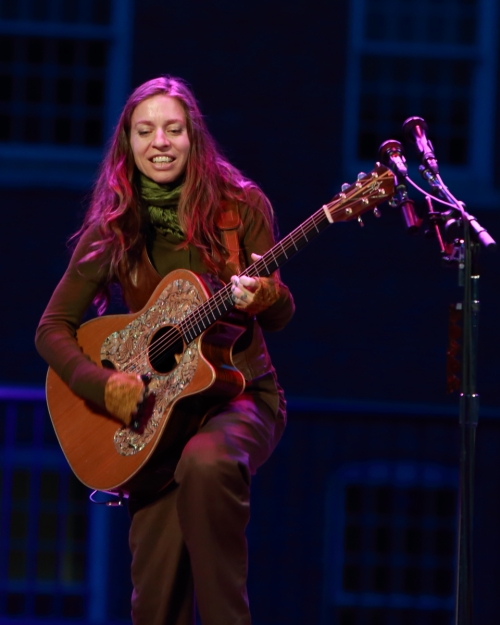 I wish I was familiar with her music so I could speak to the poignancy of her lyrics. I can speak to the mood, however. 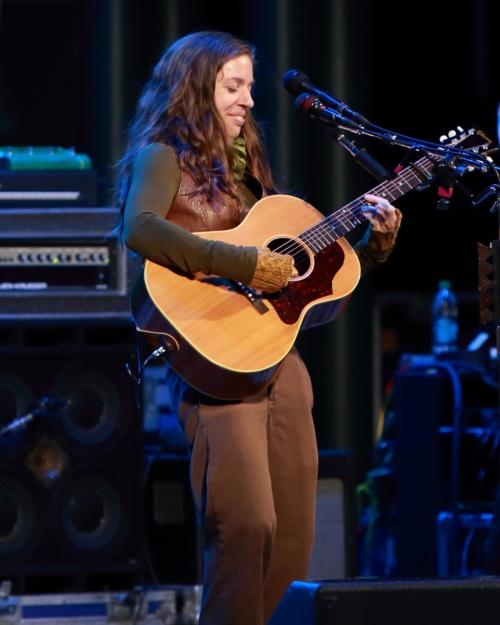 What started as a noisy audience settled down fairly quickly and truly seemed to listen to the music. Despite the chilliness in the air, I felt warmed by the music.

Bassist Todd Sickafoose and drummer Terence Higgins comprised the band and they are extremely talented!  Todd did some backup singing as well. 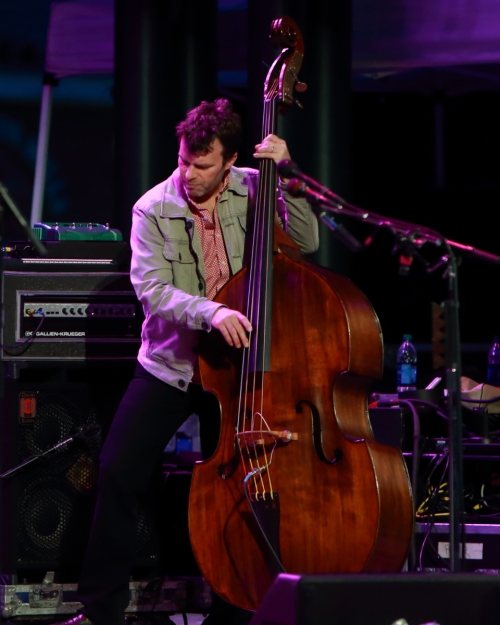 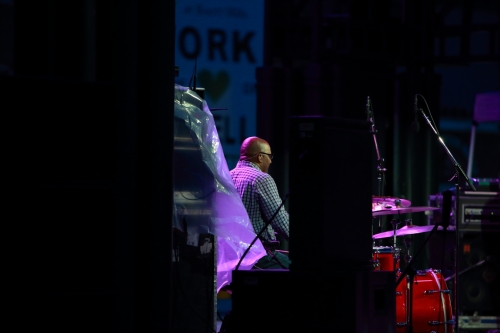 Here is the set list. The songs were drawn from the depth of her discography, including the album Allergic to Water which was released last year. When researching for this review, I discovered she has many more albums than I knew. 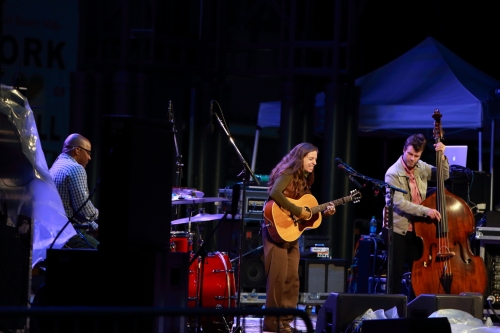 For the encore, DiFranco brought opener Peter Mulvey to the stage to join her. What a great way to end the show! 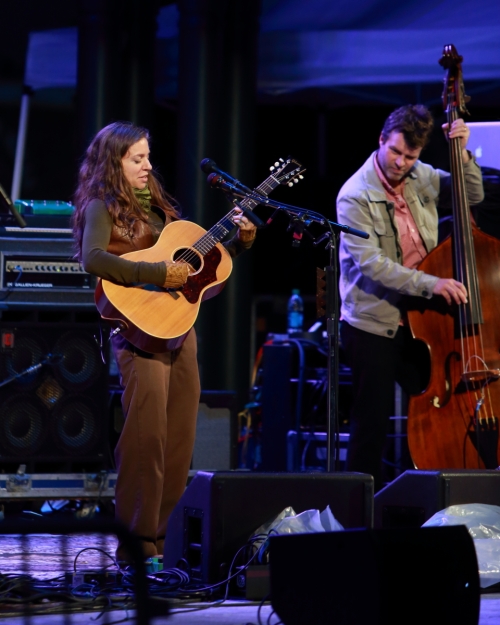 I first became aware of Peter Mulvey when I moved to the Boston area twenty-five years ago and saw him busking on subway platforms. I loved him then and am thrilled that he is still making music successfully. 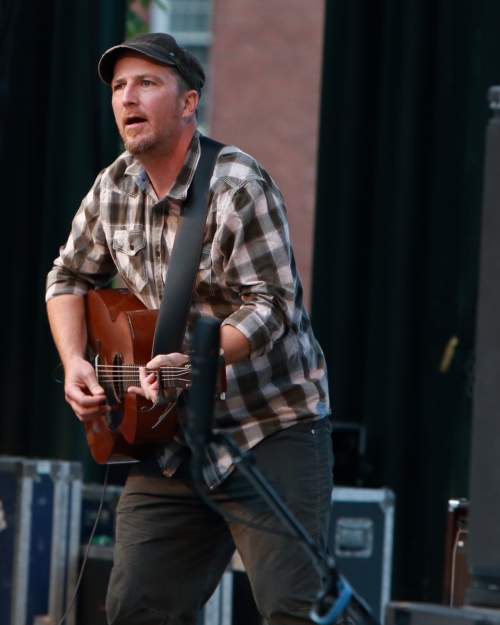 Mulvey played several songs, and then introduced ‘Take Down Your Flag’ which was written in response to the Charleston shootings. He penned the song the previous afternoon with only one verse, for victim Susie Jackson. He played it for an audience once. I consider myself lucky to have heard the second performance. 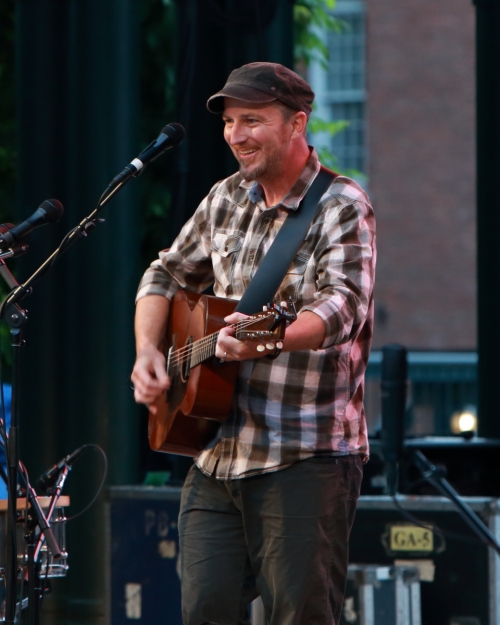 In the two weeks since this show, the song has had over two hundred verses written by artists ranging from Ani DiFranco to Keb’ Mo’ to Jeff Daniels to Peter Yarrow. Many media outlets have picked up the story. There is an online concert starting at 3 p.m. on Sunday, July 12th, on Concert Window.  Please consider listening and donating. 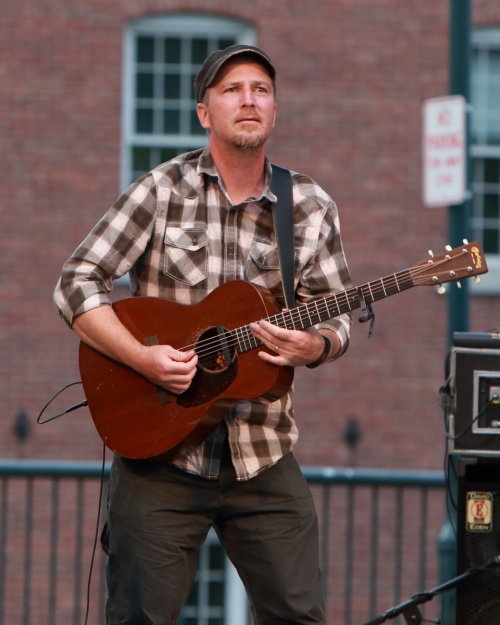 This was a fantastic evening of acoustic music; just what I needed! 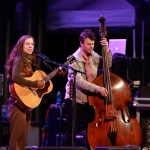 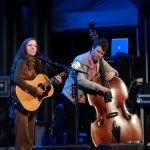 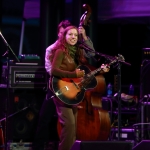 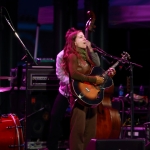 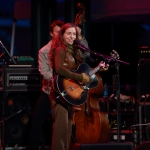 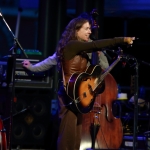 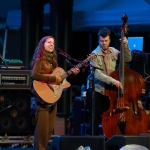 ← Jenee Halstead: Powerful Voice And Songs
Think Outside The Box! →