A couple of years ago, a friend suggested I put together some statistics about my year in music. I am continuing the tradition this year, since I saw more shows than ever! 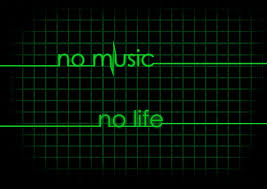 Go out and hear live music! The musicians will be most appreciative!

19,580 – Largest-capacity venue I was in (TD Garden – I was unable to find the exact seating count for concerts but this is the maximum capacity)

79 – Age of the oldest headlining performer I saw (Buddy Guy)

51 – Different venues in which I saw shows

40 – Smallest-capacity venue I was in (Extended Play Sessions)

29 – Performers I saw more than once

5 – Least expensive show I saw that wasn’t a free show (Country Western Night at The 5 Spot and Roy Sludge Trio at Atwood’s; there were other shows that had suggested donations)

0 – Least expensive show I saw, not including shows where I was on the guest list (Several)

If any reader has a suggestion for other interesting statistics, please leave a comment for me.