Here Is A New Face On The Soul/Blues Scene

There is a new, powerful voice on the rise in both the Boston and national soul and blues scenes and her name is Julie Rhodes. I have been privileged to see her twice in the past month at Atwood’s Tavern, but she will not be playing tiny venues for much longer.

This review combines both shows, especially since the lighting (and thus the photos) was better the first time I saw Julie.

In a word, Julie is fantastic! About to release her début album recorded at the iconic FAME Studio in Muscle Shoals, Bound to Meet the Devil, she has already made an impact on the Boston music scene and is poised to take the country by storm!

Her only instrument (at least that I have seen so far) is her voice, and what a voice! One can tell from the timbre and intensity that Julie truly feels the blues of which she writes and sings.

I sense that her Stetson (or its reasonable facsimile) is a trademark!

I think my favorite song from the album is a cover of Son House’s ‘Grinnin’ in Your Face’. There is incredible depth in the way Julie interprets the song.

Julie was backed by different musicians at the two shows. In December, the show featured Peter Parcek and Patrick Coman on guitars, Joe Klompus on bass, and Andrew Jones on drums. This week (and for her entire January residency at Atwood’s), she is backed by The Union Band.

Opening the more recent show was Cowboy and Lady, a duo from Rhode Island, who play traditional country songs and blues. 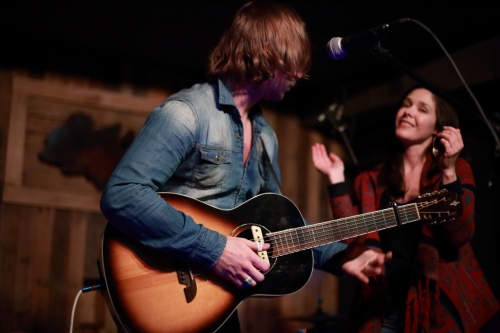 Composed of Tyler-James Kelly (of The Silks) and Jess Powers, they delivered a set of songs that included covers of George Jones and John Prine. 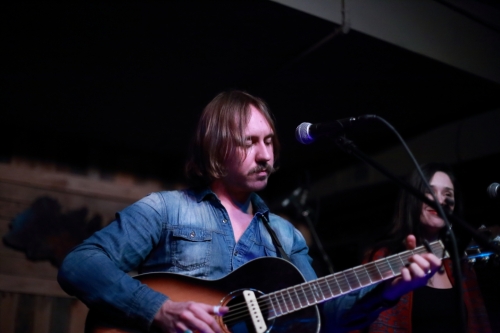 I enjoyed their set quite a bit and would like to see them again! 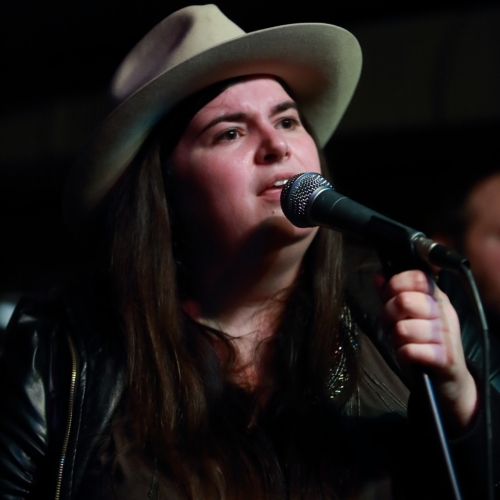 Opening the first show was the Peter Parcek Trio plus Patrick Coman. They performed without Julie for an hour before she came to the stage to join them.

I loved their set and suspect I will see them again soon, even if the same players do not appear. 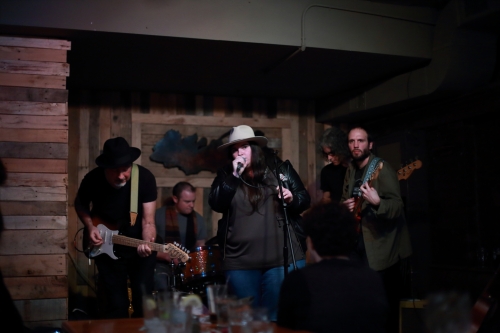 Unfortunately, the venue had a glitch with one of the speakers which meant the opener was delayed and Julie had to cut her set short. I stayed later than I should have considering I had to get up early for work the following day but it was worth the sleep deprivation to see Julie’s entire set. There is still one chance to see Julie during this residency, or you can attend her CD release show on March 4th at Thunder Road in Somerville. 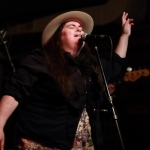 Thanks to Julie Rhodes for the ticket; all opinions are my own.