New Year’s Day for me equals Girls Guns & Glory’s tribute to Hank Williams, the great country singer and songwriter who died on that day in 1953 at the age of 29. This year marks my second time seeing this show, and I fully intend it to become an annual tradition. 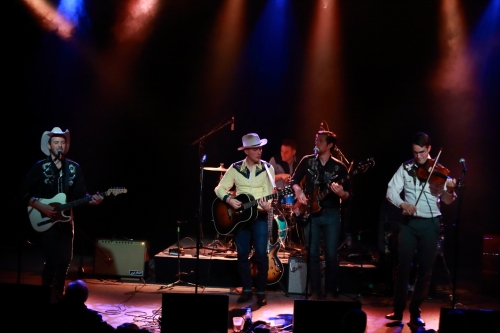 Last year, the show was at Lizard Lounge; this year, they upgraded to The Sinclair which I think is a better venue for this show (don’t get me wrong, I love Lizard Lounge but The Sinclair is a great venue). It holds more people too!

Last year, GGG (as they are known to the friends and fans) released a tribute album to Williams after performing this music for several years. They also have three albums of original music in their discography. This show, however, had all the songs from the Williams tribute album plus a few of their original songs. 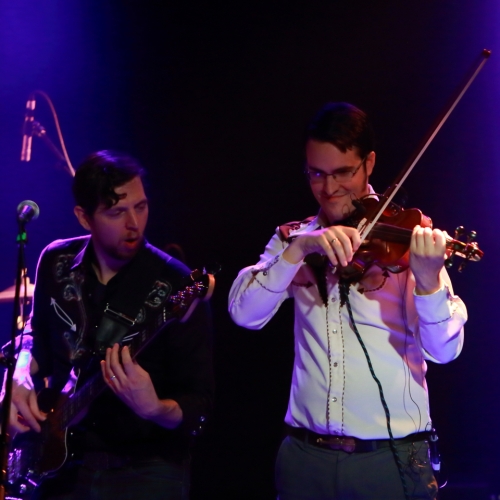 Ward Hayden, the lead singer and rhythm guitarist, has a voice that truly channels Williams. While not identical, when I close my eyes I can almost imagine that Williams is singing to us.

The other members of GGG are Chris Hersch on lead guitar, Paul Dilley on both acoustic and electric bass, Josh Kiggans on drums, and Jason Anick on fiddle. All provide backing vocals and sometimes lead vocals. Special guest Josh Kantor, the organist at Fenway Park, joined the band for several songs and played accordion! That was a treat. 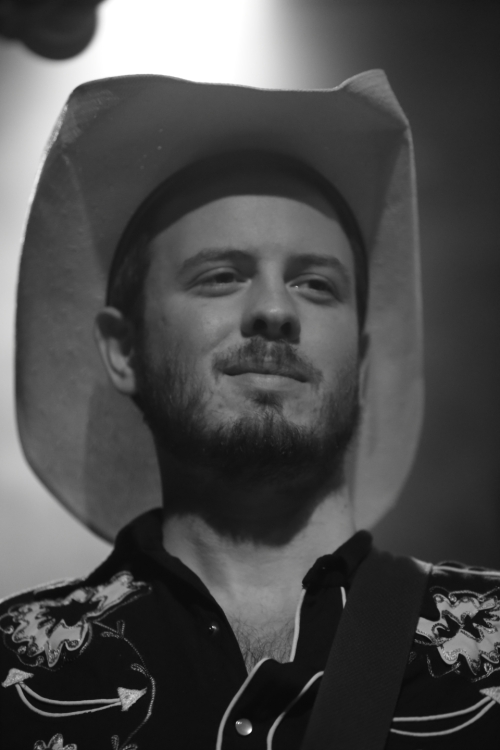 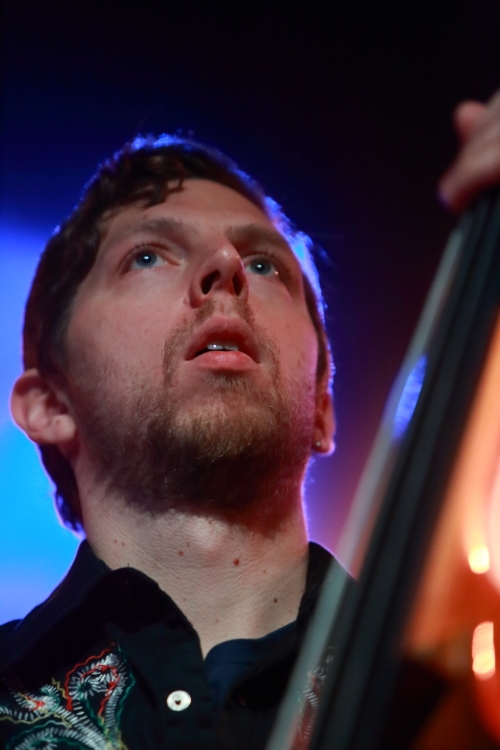 Some of the songs they performed were ‘Your Cheatin’ Heart’, ‘Move It On Over’, and ‘Jambalaya’ (which I never knew was written by Hank until I saw the 2015 GGG show).

They all know how to play to a crowd and even though this show was not sold out, they brought the audience to a state of euphoria.

The first opener for the show was Danielle Miraglia. I was first introduced to her around 2007 but did not hear her again until a few years ago; that was when it hit me on the head how good she is. 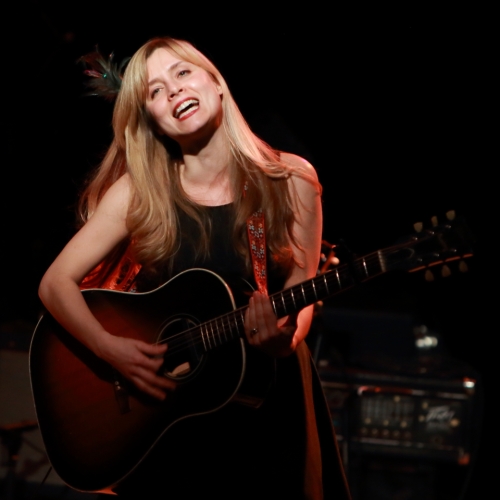 Her style is blues, although she fit perfectly on the bill with GGG. She has an excellent voice and a great way of connecting with her audience. They may not have been many people in the venue for her set, but those of us who were there showed her that she is appreciated. 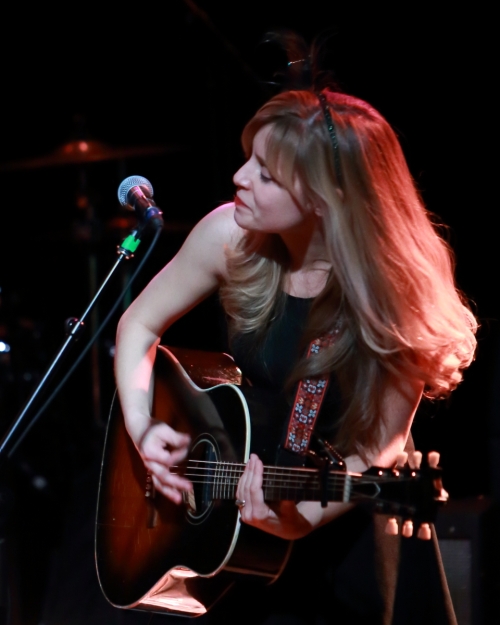 Her band consists of her husband Tom Bianchi on bass and Cheryl Arena on harmonica. Danielle and Cheryl joined the other acts for a song or two during their sets and I enjoyed what they added to those sets. 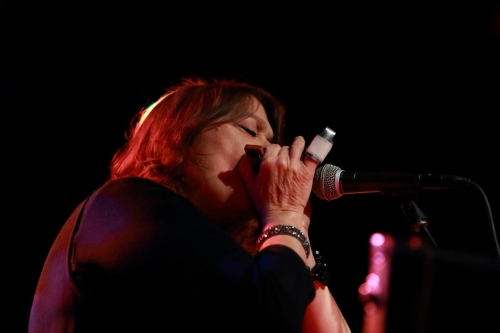 Next to the stage were The Swinging Steaks. I last saw them about 15-20 years ago and recalled that I enjoyed their show, so I was happy to see them again.

Their style is described as country-rock (I might add rockabilly to their description), and they certainly rocked The Sinclair! As I gazed around the room, I saw smiling faces and happy feet. 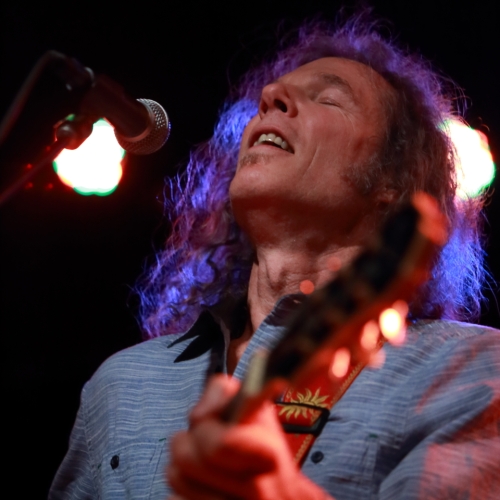 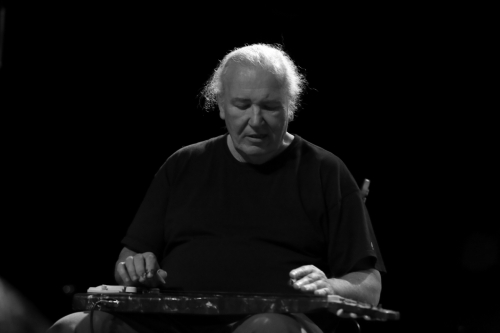 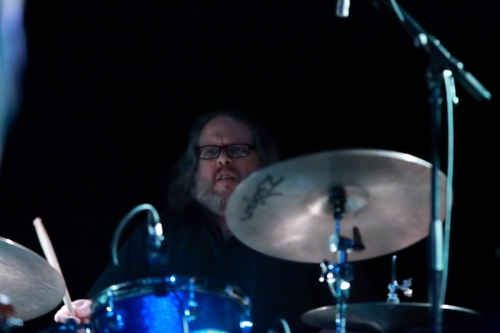 This was a well-curated triple bill; each band’s genre was different yet they fit together as pieces of a puzzle.

What a great way to start the new year!

The Swinging Steaks with Danielle Miraglia 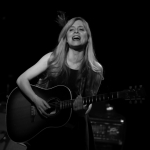