The Stunning Vocals Of Lisa Fischer

I had no idea what to expect – other than hearing a great vocalist – when I stepped into the auditorium at Newton North High School to see Lisa Fischer, one of the stars of 20 Feet from Stardom, perform at a benefit concert in support of Historic Newton. 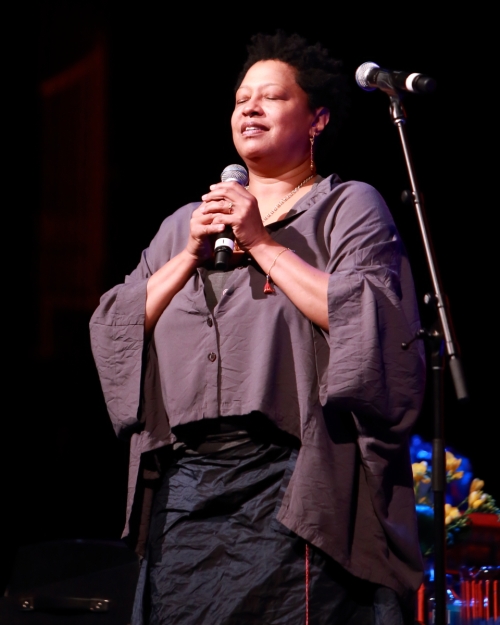 Lisa is best known as a backup singer for musicians ranging from Sting to The Rolling Stones to Tina Turner to Luther Vandross, and many others. I am lucky enough to have seen her with both Sting and The Stones, and was extremely impressed both times. Seeing her as a lead singer with the excellent Grand Baton supporting her showed the extent of her talent.

The band took the stage and Lisa graciously and gratefully acknowledged the audience before launching into the first number, the gospel/spiritual song ‘Breath of Heaven’ by Amy Grant. That song showcased not only Lisa’s voice but the talent of Grand Baton as well. 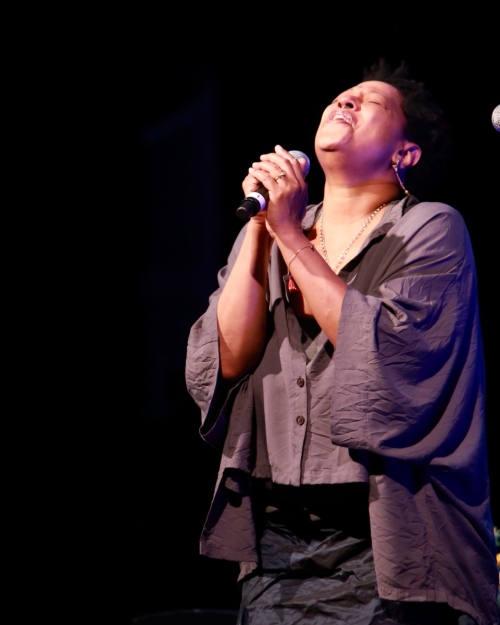 From there, they played a few songs I did not recognize but enjoyed. Lisa is an emotional performer. Her face shows joy, sorrow, love, and a myriad of other emotions depending on the theme of the song. She makes you feel the songs deeply. 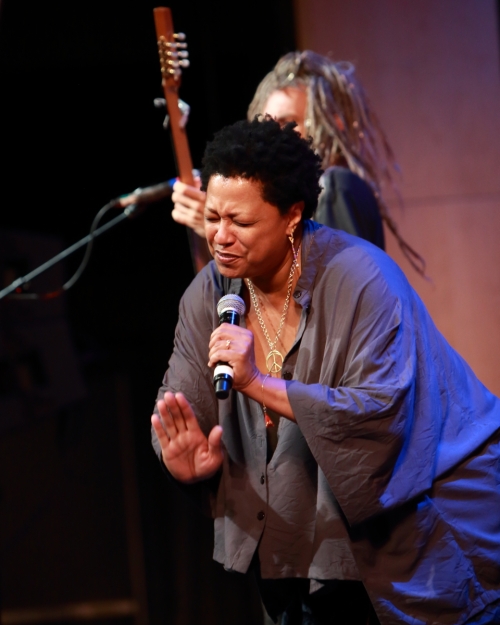 JC Maillard on guitar and vocals (also her musical director), Aidan Carroll on bass, and Thierry Arpino on drums/percussion comprise Grand Baton. It was obvious to me that not only do they enjoy touring with Lisa but they all genuinely like each other. That kind of chemistry almost always translates into an excellent performance. 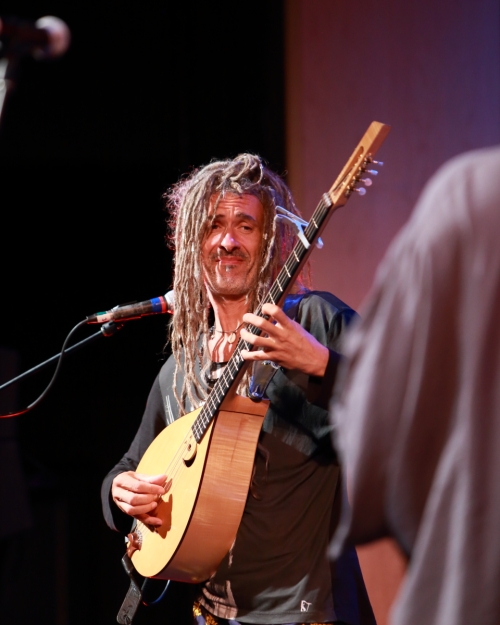 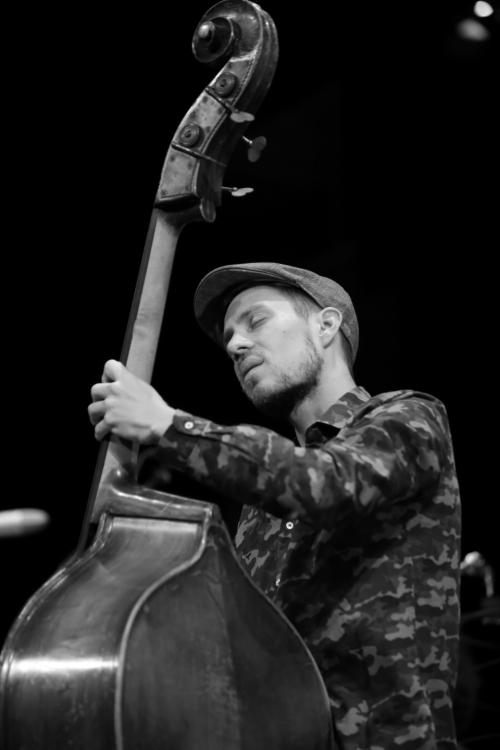 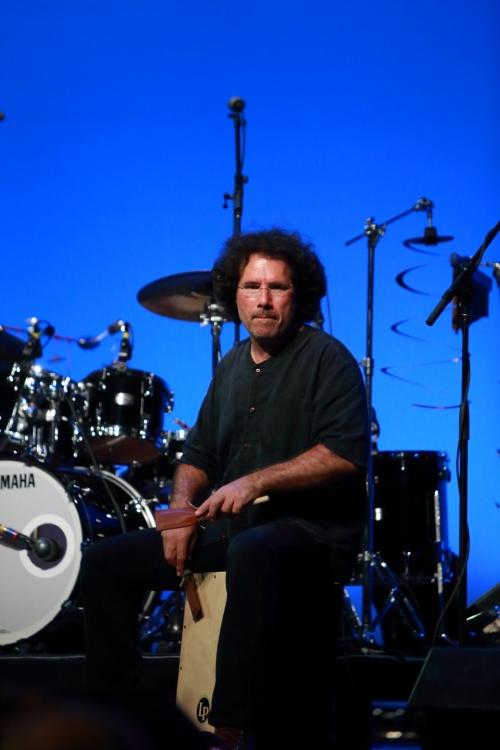 The remainder of the nearly two-hour show consisted mostly of cover songs that I recognized, including The Rolling Stones’ ‘Jumpin’ Jack Flash’ and ‘Miss You’, Little Willie Johns’ ‘Fever’ (wow, what a superb rendition of that scorcher), and a Led Zeppelin song. Something I am not sure I have seen until this show was her using two mics, one which altered her voice and the other which did not.

At one point, Lisa came into the audience and sang to various people sitting along the aisles, teasing the men and beseeching several people to dance with her (that did not take much to get them on their feet).

Lisa’s vocal range is quite impressive. Most of us recognize her upper register which she used on The Rolling Stones’ ‘Brown Sugar’ (alas, she did not sing it at this show), but she can also go low and soulful. And sensual. I doubt there was a person in the room who did not feel her electricity.

I particularly enjoyed how much of a spotlight she gave to Grand Baton, both individually and as an ensemble.

Lisa may be a diva in the sense that she has a voice which commands attention, but she has none of the stereotypical diva personality either in her performance style or in the way she relates to her fans. She seems down-to-earth, truly appreciative of her fans, and almost surprised at how much adoration she receives. Oh, and she gives great hugs!

I do not know how often Lisa tours on her own, but if she is appearing in a city near you, it will be worth your while to get tickets. Lisa is much less than twenty feet from stardom!

Thanks to Lisa Fischer for the ticket; all opinions are my own.