← This Was A Terrific Rock Show Under Starry Skies!
Classic Rockers At Their Finest! →

An Evening In Singer-Songwriter Heaven

I had never seen Mary Chapin Carpenter perform despite wanting to see her, so I was thrilled when her show was announced for the Lowell Summer Music Series this year. I grew even more excited about the show when I read that Rose Cousins would open the show. 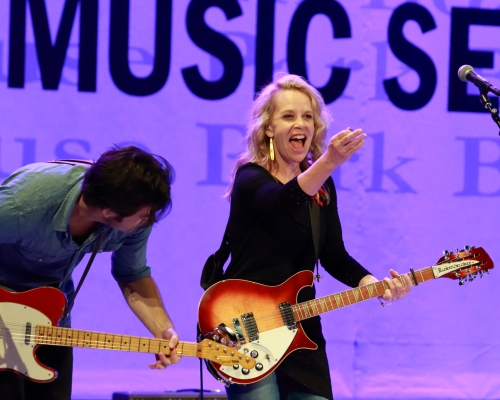 Even though a brief unexpected shower occurred a few minutes before MCC was to take the stage, the audience’s spirits were not dampened by the ten-minute delay waiting for the rain to end.

For some reason my brain told me that MCC is a folk singer; I could not have been more mistaken because her style is country-based. Yes, there is a folk influence as well as a blues influence, but she is firmly rooted in country music. 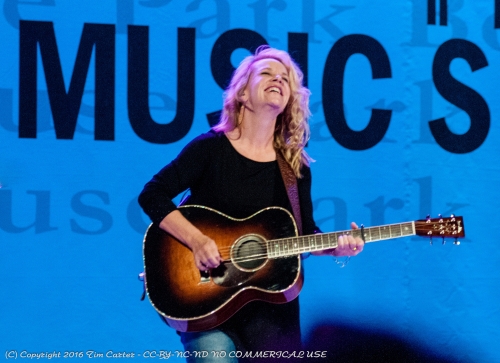 Admittedly, the only song I know of MCC’s is ‘Passionate Kisses’ which she performed quite early in the set and which had many of her fans on their feet. This tour is supporting her recent release, The Things That We Are Made Of, and the setlist consisted of many if not all the songs on that album.

MCC did not have to try very hard to relate to the audience; she had us enthralled from the first stories she told. She spoke of being amazed and honored that people showed up before 6:30 am when her tour bus (the “rolling tenement”) pulled up to the park. She also spoke of touring the city during the day which endeared her to our hearts. I am not a Lowellian (?) like many members of the audience, but I greatly appreciate when an artist takes the time to experience even a small part of this interesting city. 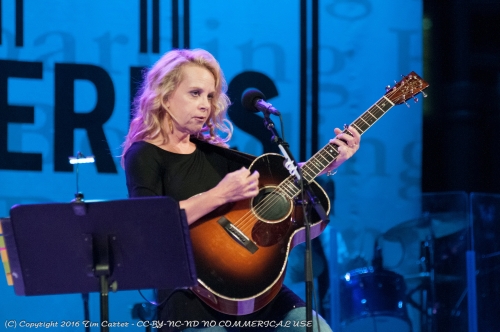 She has a fantastic band supporting her, some of whom have been with her for many years and others who are relative newcomers. Don Dixon on bass, Nate Barnes on drums, John Carroll on keyboards, and Johnny Duke on guitar comprise the band.

Nate Barnes’ purple drum kit (I could not get a shot of him, unfortunately)

Some of the songs from the new album which I know she played were ‘Oh Rosetta’ about an imaginary conversation with Sister Rosetta Tharpe, ‘Note on a Windshield’, and the title song.

There was a group of ten enthusiastic women sitting near me, and when MCC sang ‘I Feel Lucky’ it seemed she was playing directly to this group and they appreciated it!

As I mentioned above, Rose Cousins opened the show. I have seen her perform several times (and also kicked her during her Kickstarter campaign for her upcoming album), and thoroughly enjoy her music and style.

She has a dry wit that the audience loved. Rose, who is on part of MCC’s tour, also spoke of seeing a bit of Lowell during her brief stay. She asked the audience to name some famous Lowellians, and I named Jack Kerouac (my favorite author). Rose looked at me and appeared surprised at that. I am not sure that she knew Ed McMahon (Rose is from Prince Edward Island, so it is understandable that she would not know him) when people yelled his name. 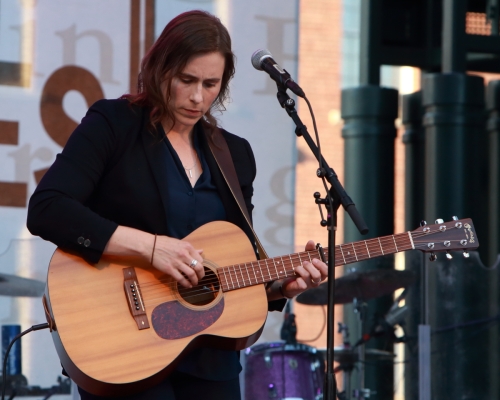 For MCC’s encore, she brought Rose to the stage to sing with her. That was a wonderful way to end the evening. Rose’s harmonies blended well with MCC’s lead vocals, and everyone on stage grinned through all three songs.

I enjoyed this show more than I was expecting, and that is what live music is all about. Take a chance and see someone you don’t already know. You will probably be surprised and pleased you did.

Thanks to Tim Carter for the use of his photos (in addition to some of mine). 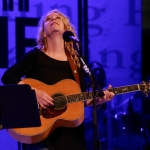 ← This Was A Terrific Rock Show Under Starry Skies!
Classic Rockers At Their Finest! →