It Was A Perfect Night At Boarding House Park

I am biased when it comes to The Lone Bellow; they were one of my two favorite sets at the 2013 Newport Folk Festival and my love for them has not diminished. Friday night’s show at the Lowell Summer Music Series was another superb performance by this Americana/indie folk band. 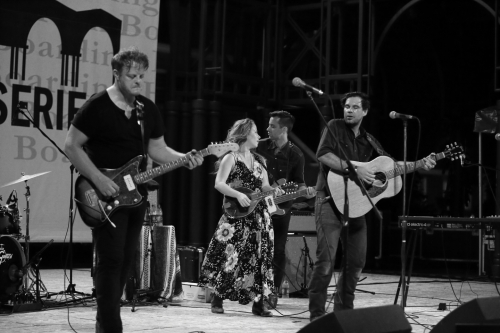 It was a hot and humid evening and that might have affected everyone’s energy level, but the band delivered their trademark energetic show and gained many new fans.

I think what instantly impresses people is their harmonies. Zach Williams, the acoustic guitarist, sings many of the leads, with Brian Elmquist (the electric guitarist) and Kanene Pipkin (mandolin/keyboard/bass) singing most of the harmonies. 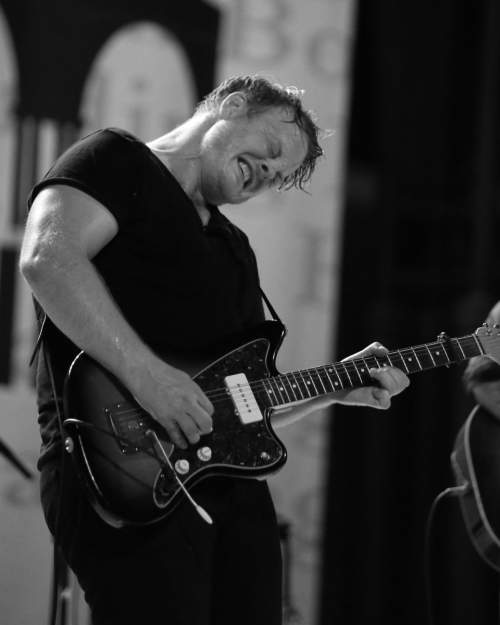 They are ably supported by Jason Pipkin (Kanene’s husband) on bass and keyboard as well as Justin Glasco on drums.

They started with a few slower numbers – “I Let You Go”, “You Can Be All Kinds of Emotional”, and “Diners” – before getting much of the crowd to stand for “The One You Shoulda Let Go”. The latter song is one of my favorite songs of theirs, and possibly the song that showcases their harmonies at their best.

The set list included songs from both albums, their self-titled début and Then Came the Morning. The flow of the set was fabulous, mixing slower ballads with their harder rocking songs.

One thing that is quite evident from their shows is the extent to which they truly LIKE one another. The move around the stage with ease, smiling and sometimes cracking private jokes (I could see that from their expressions but could not hear the jokes).

Zach is one of the highest-energy performers I have ever seen. He connects with the audience wonderfully and sometimes comes out into it (he did not at this show although he did come out onto the steps singing directly at us). 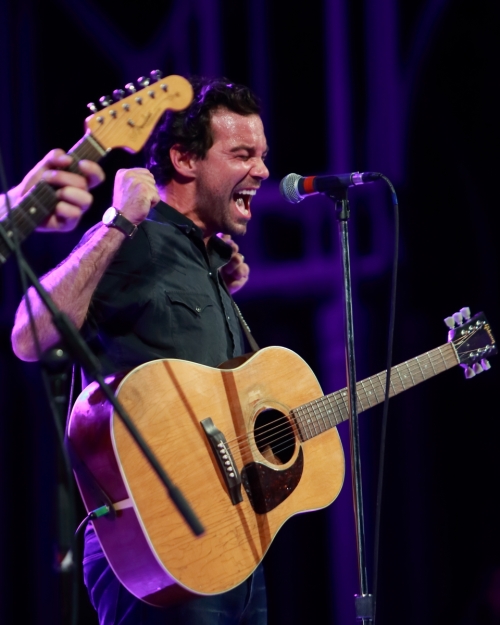 I love watching Kanene and Jason dance together while playing; their love is palpable and I am glad they share it with their fans.

They played two or three new songs which I loved; I trust this means that a new album is in the making. I look forward to buying it! 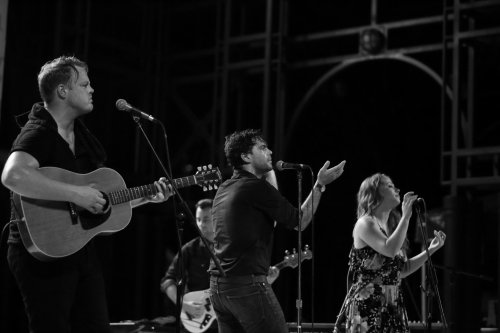 In the middle of the set they brought out a Grand Ole Opry style mic for our listening pleasure and performed several songs around it. Before the last one, Zach asked if it was okay with us if they did one more song. All I can say is “Hell yeah!” 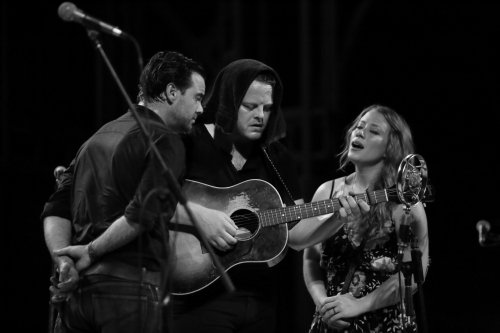 I doubt I could ever tire of hearing and seeing The Lone Bellow and am thrilled they performed at one of my favorite venues. They appeared to enjoy it and I hope they return to do an album release show!

Opening the show was Brynn Elliott, a young songwriter who attends college (Harvard, not Berklee) in Boston. I was unfamiliar with her before this night. 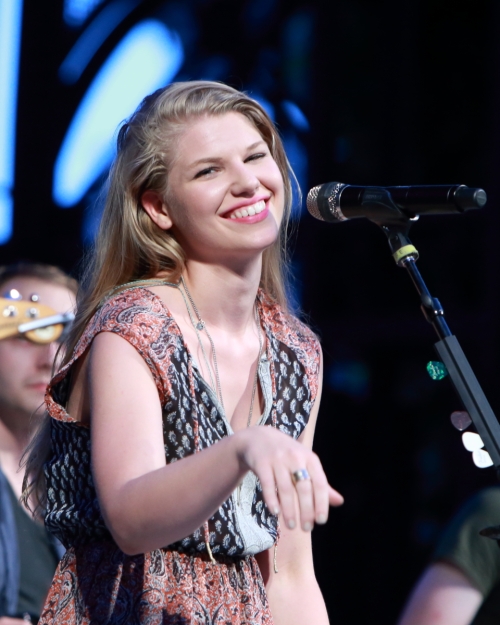 Brynn is an intelligent songwriter. One of the songs she performed was one of the first songs she wrote, and was written for a friend who died. It was a song I feel everyone in the audience could understand. 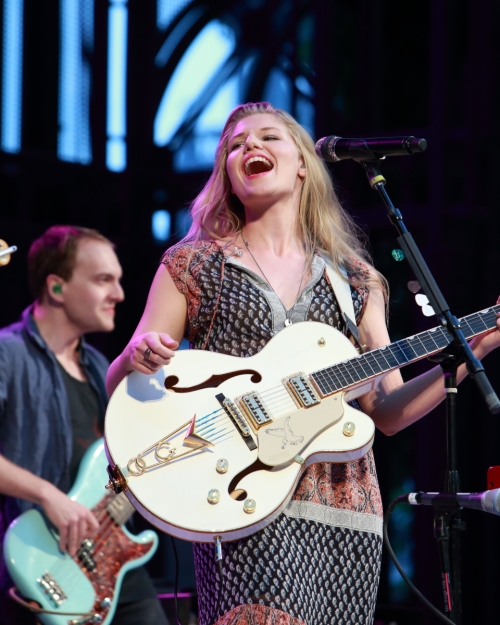 I look forward to seeing more of Brynn; hopefully Harvard lets her out to play gigs on a regular basis!

This was one of my favorite shows of the summer, and I strongly suggest that you see The Lone Bellow when they perform in a town near you. This was my sixth time seeing them and I doubt I could tire of it.