I know John Scofield‘s jazz as well as his work with Medeski Martin and Wood, and was intrigued enough when I read the description of this project to attend a show at Regattabar (one of four that weekend). I am so glad I did! 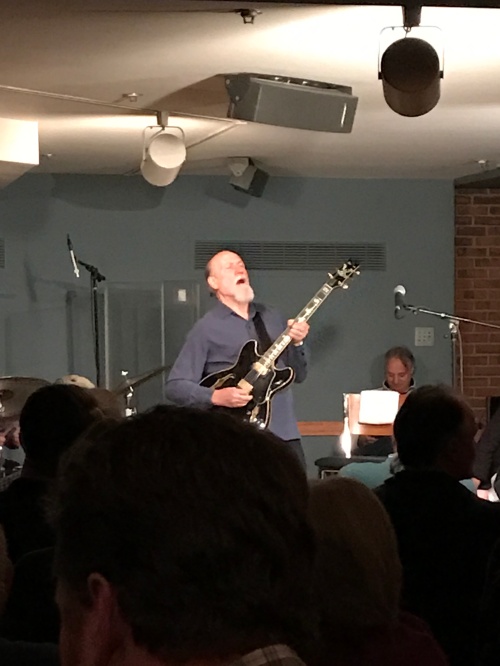 Last year, Scofield released an album,  Country for Old Men, of classic country songs reimagined as jazz songs. It may sound odd, but in the hands of a master like Scofield it works extremely well. The Grammy awards people agreed because the album won a Grammy two days later!

Scofield performed songs ranged from Hank Williams’ “I’m So Lonesome I Could Cry” to James Taylor’s “Bartender’s Blues” to Dolly Parton’s “Jolene”. Some were easy to discern from the first few notes while others took slightly longer.

The fantastic band members were Scofield on guitar, Sullivan Fortner on Hammond B3 organ and piano, Vicente Archer on bass, and Bill Stewart on drums. While only Stewart appears on the album (at least based on my research), they sounded as if they have been playing together for many years. 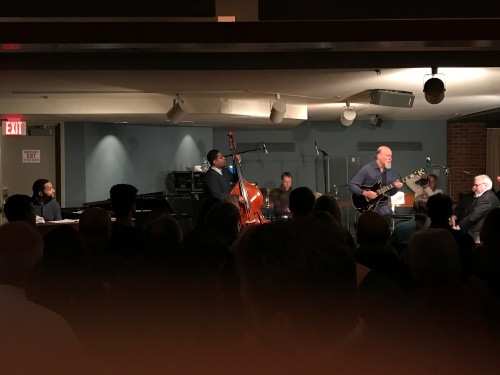 Each member of the band gave us numerous solos that were much appreciated by the sold-out crowd. The sound seemed especially good for this show as was the lighting.

My only complaint is that the show wasn’t longer!

I apologize for not having any photos (other than a couple taken with my phone) from this show; I am recovering from hand surgery and was unsure if I would be able to set up a tripod.