“Red Dirt” music refers to the specific style of country music from Oklahoma and refers to the color of the soil there. The Turnpike Troubadours are one of the best known bands of that genre touring today, and they sold out Brighton Music Hall recently. 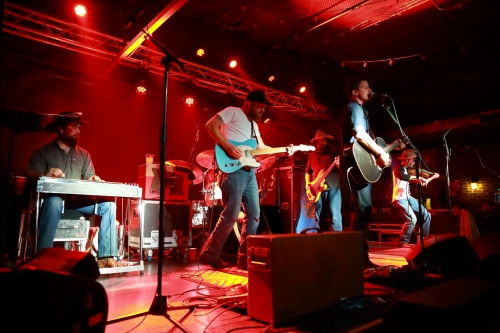 The first time I saw The Troubadours, eighteen months ago, I knew nothing about them other than a friend with whom I share musical taste suggested I go. I loved them, immediately purchased their three albums to date, and could not wait to see them again!

Fronted by lead singer and guitarist Evan Felker, they delivered a rousing set that thrilled the enthusiastic audience.

They played songs from all three albums I own (there is a fourth album that I do not have), including my favorite of theirs, ‘Long Hot Summer Day’. They may not have written it (John Hartford did that) but I enjoy their rendition more than any other I have heard. They ended the set with it. Another song of theirs I particularly love is “Down Here” which contains the lyric “You’re all right/You’ll be fine/You can have a nickel out of my last dime/Don’t go wasting too much time down here”. That gets to me every time I hear it! 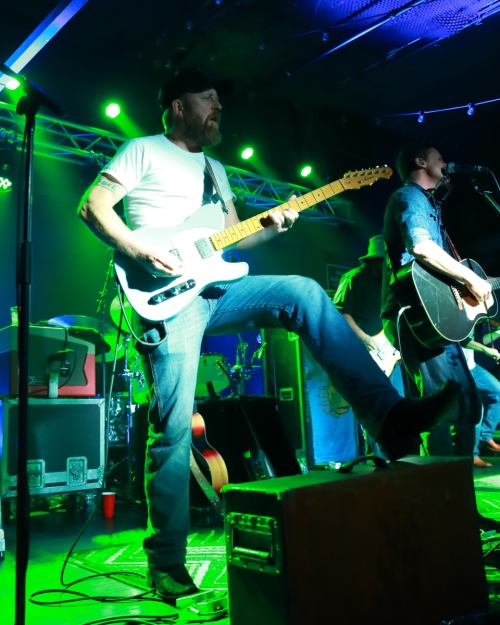 The members of the band are Evan Felker on lead vocals and guitar, Kyle Nix on fiddle, Ryan Engelman on lead guitar, RC Edwards on bass, and Gabe Pearson on drums; unfortunately I cannot find the name of the fine pedal steel player. 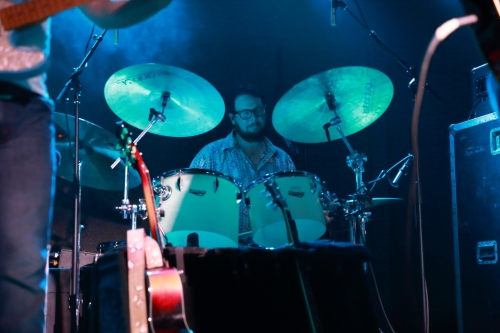 The band was there to perform; there was almost no banter (as I recall was the case last time I saw them). They appeared to enjoy playing for a smaller (but no less enthusiastic) crowd than they usually attract, but that did not affect their performance in the least.

The ended their set with a new song, which I hope means they will have a new album out soon!

Oklahoma flag covering… I’m not sure what!

Opening the show was Charley Crockett, a country blues musician who is a direct descendant of Davy Crockett! 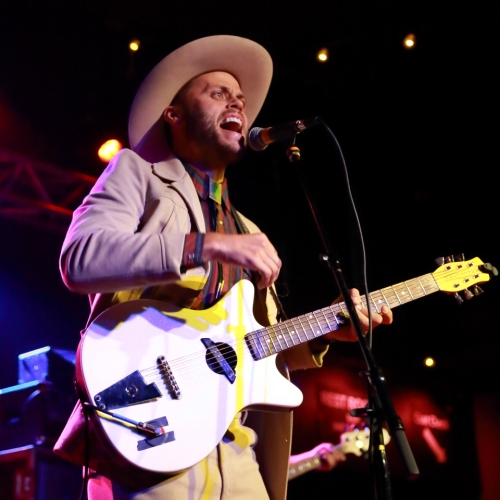 I really enjoyed him and will see him again next month opening a local show for another musician. 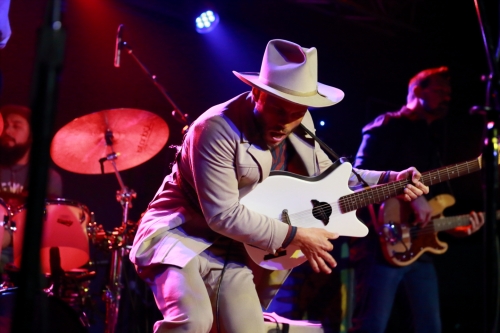 The audience was extremely respectful this night. I am sure they appreciated not having to look at a couple making out right in front of the stage all night as they did the last time they were in town! 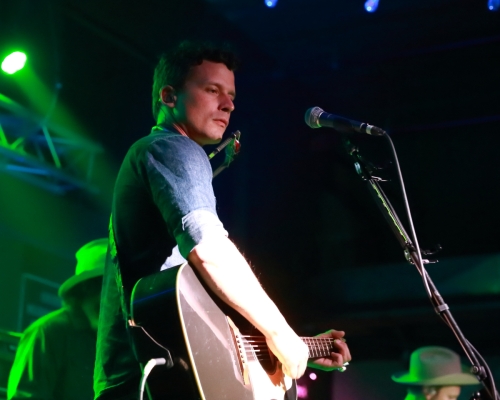 Go see this band when you get the chance. Even if you do not think you like country music, try them. You might surprise yourself!

Thanks to The Turnpike Troubadours for the tickets; all opinions are my own.