← Here Are The Final Additions To The AMERICANAFEST℠ Line-up!
Yes? YES, please! →

As some of you may know, I relocated to South Florida a couple of months ago (yes, just in time to evacuate for Hurricane Irma). Seeing one of my favorites, Trombone Shorty and Orleans Avenue, at Revolution Live was an incredible way to start my inroad into the local music scene! I also finally saw Dumpstaphunk, a band I have been jonesing to see live! 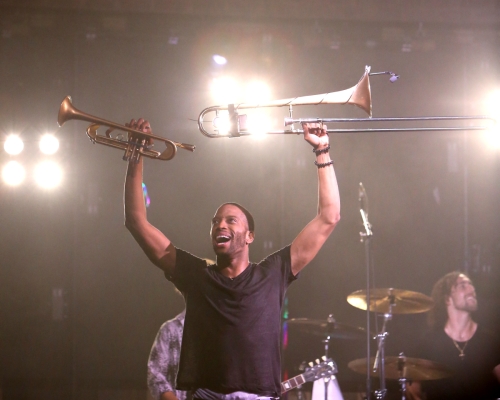 Continuing with the tour he began earlier this year in support of his most recent album, Parking Lot Symphony, Shorty (who is anything but short) took the stage to thunderous applause on this second of two nights at this venue. One of the many things I enjoy about Shorty’s shows is that the setlist always contains at least one song from each album. A woman standing near me was disappointed that ‘Something Beautiful’ was not on the setlist, but I was thrilled that there were songs on it I rarely hear him play. 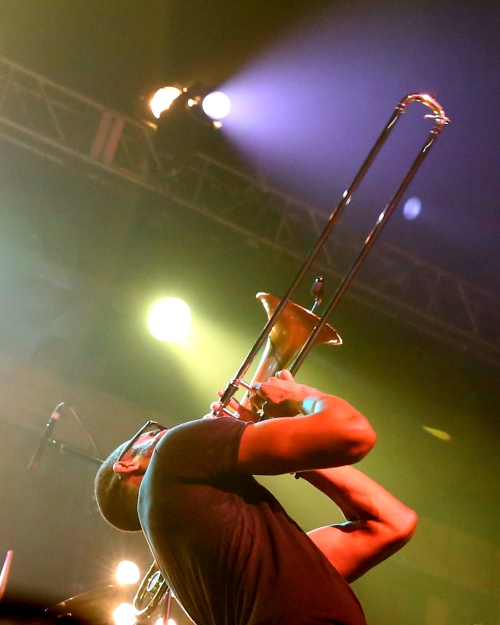 Backed as always by the amazing Orleans Avenue – Pete Murano on guitar, Mike Bass-Bailey on bass (what else could he possibly play!), Joey Peebles on drums, Dan Oestreicher on baritone sax, BK Jackson on tenor sax, another guitarist whose name I did not get, and Ivan Neville (of Dumpstaphunk and the famous New Orleans music family) on keys for a few numbers – the energy of the music never waned. 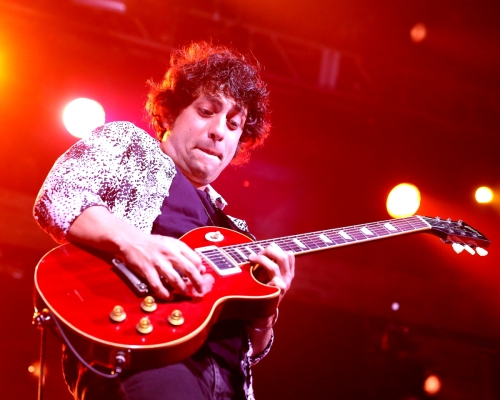 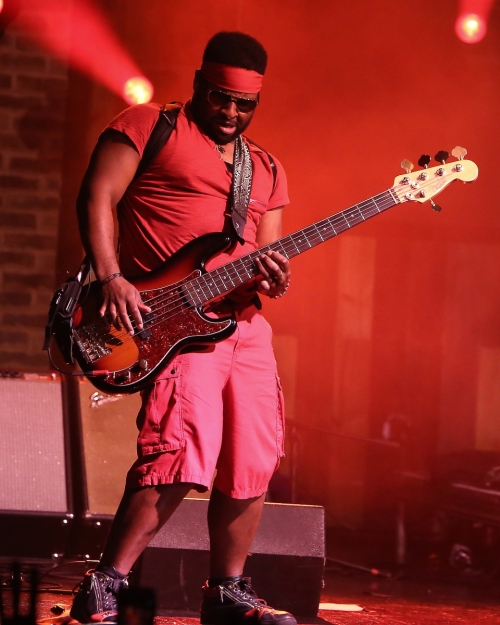 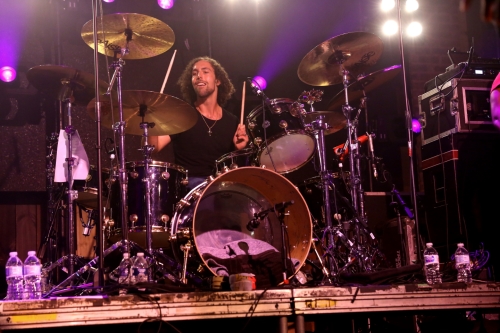 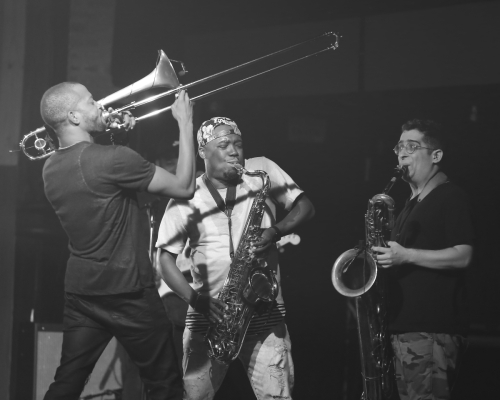 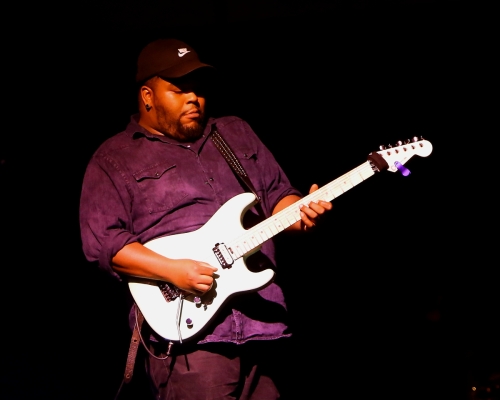 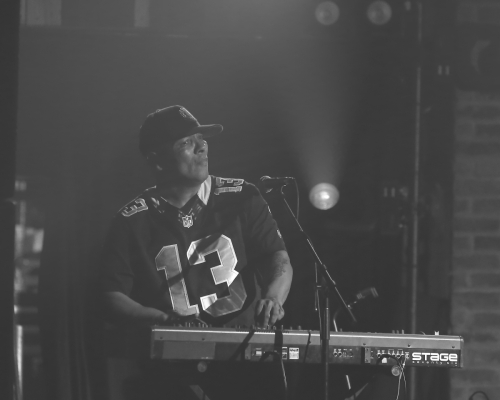 Sometimes it is hard for me to believe Shorty is only 31 years old; he is a seasoned, polished performer yet he never seems ‘produced’. He understands the power he has over the audience yet he is such a natural performer that every show I have seen (and it is quite a few over the past seven years) is fresh and exciting. 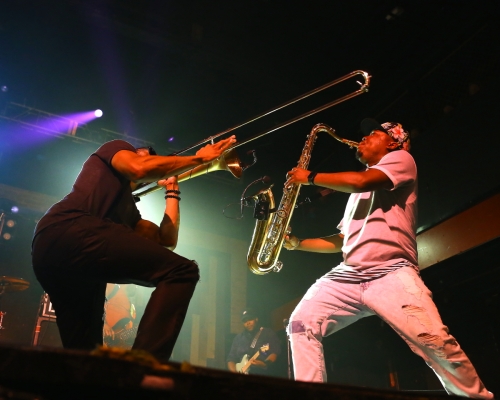 The show began with ‘Buckjump’, one of the most recognizable of his tunes. It never fails to get the crowd going. This is a standing venue, so he did not need to get people on their feet (as has been the case at some venues at which I have seen them), but even if that had been necessary, nobody would have been seated by the end of that first song. 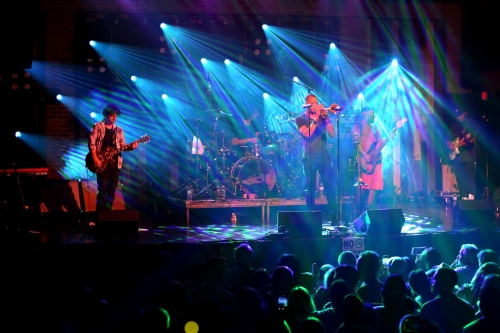 Shorty impresses me with his instrumentality. Not only does he play trombone and trumpet equally well, he also plays keyboard (I never saw him play keys until this show) and drums! He started playing trombone at the tender age of five and hasn’t stopped learning and growing. 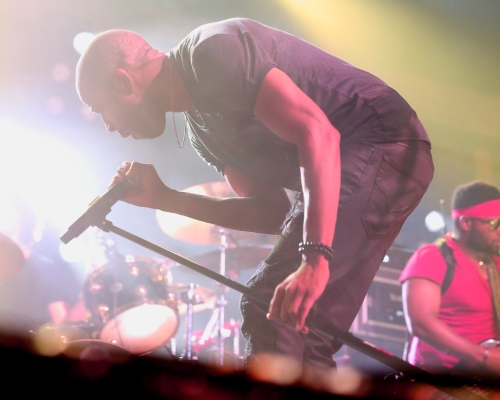 The show ended with ‘Hurricane Season’, somewhat àpropos of what we in South Florida experienced last month! If you have never seen this band, get out and see them. I promise you will not be disappointed! 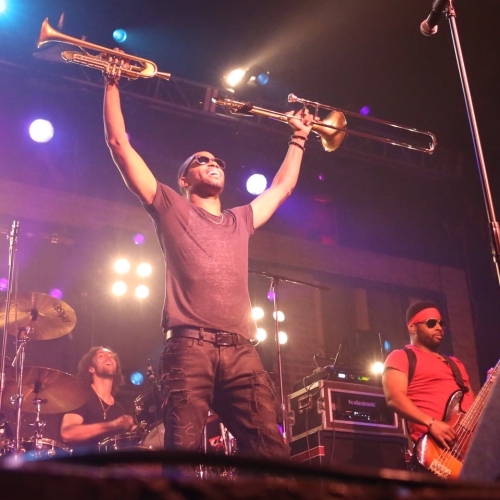 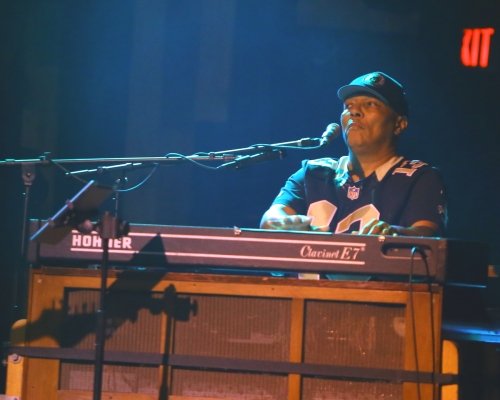 I am happy I finally got to see this band in person. They have a fantastic energy and play great New Orleans funk. 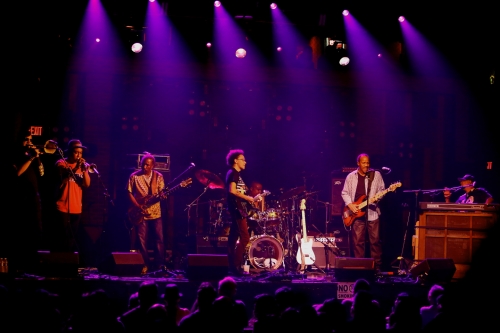 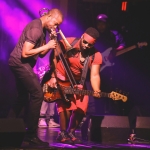 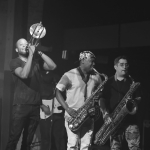 Ticket courtesy of Trombone Shorty; all opinions are my own.

← Here Are The Final Additions To The AMERICANAFEST℠ Line-up!
Yes? YES, please! →