← The Mavericks Bring Their Dance Party Back To Indian Ranch!
The Energy Of Tower Of Power Returns To Lowell Summer Music Series →

Richard Thompson Is Coming To Lowell!!!

The Lowell Summer Music Series is welcoming Richard Thompson to the Series for his fourth appearance on September 4th! I’ve seen him a number of times, both solo and with a band that has included his son Teddy, and he has never disappointed me. 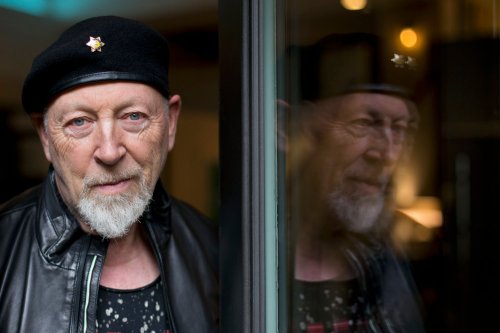 “Born in 1949 in Notting Hill, West London, Richard Thompson first rose to prominence in the late 1960s as the lead guitarist and songwriter for the folk-rock group Fairport Convention. After departing the group, he produced six albums with then-wife Linda Thompson, including the critically acclaimed I Want to See the Bright Lights Tonight (1974) and Shoot Out the Lights (1982). After the dissolution of the duo, Thompson revived his solo career with the release of Hand of Kindness in 1983. Three of his albums – Rumor and Sigh (1991), You? Me? Us? (1996), and Dream Attic (2010) – have been nominated for Grammy Awards, while Still (2015) was his first UK Top Ten album. 13 Rivers, released in 2018, is his nineteenth and most recent solo album. He continues to write and record new material regularly, and frequently performs live at venues throughout the world.

“His songwriting has earned him an Ivor Novello Award, a Lifetime Achievement Award from the Americana Music Association in Nashville, and a 2006 lifetime achievement award from BBC Radio. Powered by evocative songcraft, jaw-dropping guitar playing, and indefinable spirit, this venerable icon holds a coveted spot on Rolling Stone’s “100 Greatest Guitarists of All Time” list. 2011 saw Thompson receive an OBE (Order of the British Empire) personally bestowed upon him by Queen Elizabeth II at Buckingham Palace. His 1991 song “1952 Vincent Black Lightning” was included in Time magazine’s “All Time 100 Songs” list of the best English-language musical compositions released between 1923 and 2011.”

Tickets for the Richard Thompson show are priced at $40 in advance. There are also premium seats – beach chairs are provided by the Series – set in two rows directly in front of the stage for $140. Tickets for this show go on sale Friday, February 7th at 10 a.m. through Lowell Summer Music Series, by calling 1-800-657-8774, or by visiting the Lowell Memorial Auditorium box office, open Monday-Friday from 10:00 am to 5:00 pm.. Children under 12 are always free courtesy of Jeanne D’Arc Credit Union – parents, this is a great way to introduce your kids to live music in a safe, family-friendly environment. Don’t forget their ear protection!

For those of you who are unaware of the Series, or if you are aware of it but have never attended a show there, it is an outdoor (weather permitting) concert series held on National Park Service grounds in Lowell, Massachusetts. The Series is not-for-profit, which helps keep the ticket prices reasonable. The Series is co-presented by the Lowell Festival Foundation and Lowell National Historical Park.

← The Mavericks Bring Their Dance Party Back To Indian Ranch!
The Energy Of Tower Of Power Returns To Lowell Summer Music Series →