On this evening, the night after the horrific terrorist attacks in Paris, the French band Dorado Schmitt and the Django Festival All-Stars appeared at Regattabar. They began the show with a moment of silence for the victims and also had a candle of remembrance burning on stage.

Dedicated to the gypsy jazz stylings of Django Reinhardt, Dorado bears a resemblance to Django (could it be what looks to be a false mustache that does it?). 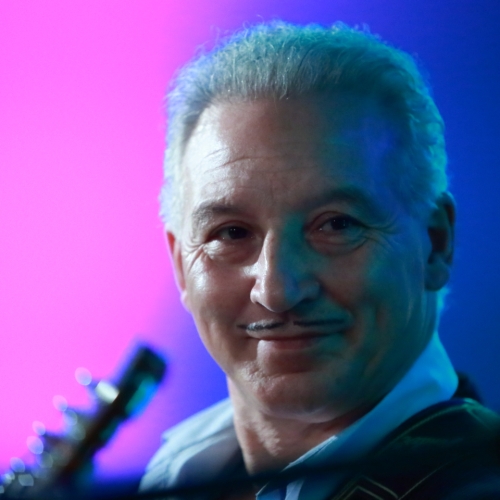