This is one show for which I had high expectations – I’d seen two of the three bands and adored the shows I saw. This sold-out show at The Sinclair surpassed my expectations! 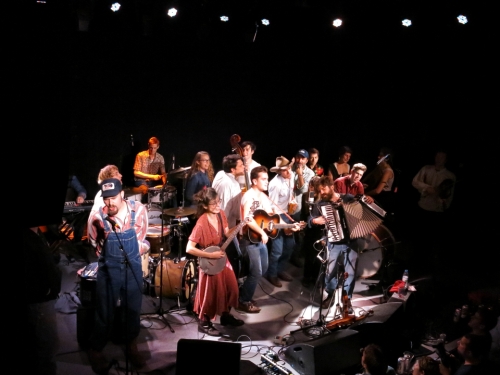 all of the bands plus a few added friends, Jay Sweet among them

The headliner of the show was Spirit Family Reunion. The first opener was The Deslondes and the second was Hurray for the Riff Raff.  Any one of the three bands on the bill could have headlined and the audience would have been thrilled.I had not heard of The Deslondes, a band from New Orleans, and they are terrific! Their website described them as a country-soul, swamp boogie band. That description is of course accurate but doesn’t convey the intensity of their live show.

At the beginning of their 40-minute set, the crowd was fairly small but they hooked us immediately. One of their songs was “Less Honking, More Talking”, which might have been my favorite song of their set. Other songs they played were “Throw Another Cap on the Fire” – bottle caps – and “Depression Blues”.

Other than John James, who plays pedal steel, fiddle, and guitar, they all shared lead singer duties and songwriting credits.  I hope they come back to Boston soon as a headliner.

Jay Sweet introduced Hurray for the Riff Raff, who I first saw over the summer at the Newport Folk Festival. They were one of my three favorite acts at the festival, so I was excited to see them on a co-bill with Spirit Family Reunion. 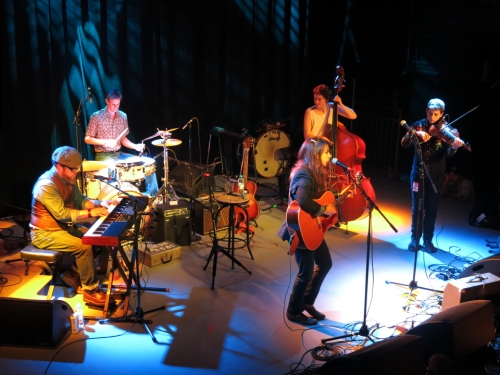 Hurray for the Riff Raff

HFTRR is from New Orleans and is fronted by New York native Alynda lee Segarra. She has a wonderful, soulful voice and an engaging personality that really connects with the audience.

I was glad to recognize some of the songs they performed. One of the unfamiliar songs was “Ode to John and Yoko” which Alynda introduced by saying that John Lennon is one of her greatest influences.  I enjoyed hearing about how some of the songs came to be written – one song she wrote after seeing the great John Prine (sorry, I forget the name of that one). 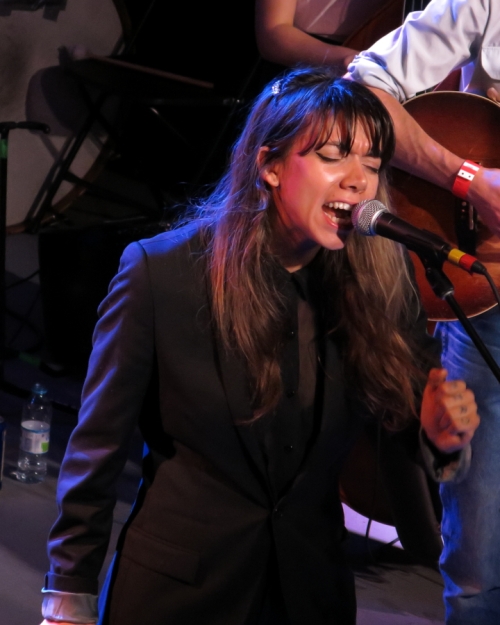 The set started with a wonderful solo called “San Francisco Bay Blues” which Alynda performed solo. She then brought out the rest of her band and rocked us for an hour or more. During their set, various member of Spirit Family Reunion and The Deslondes were brought to the stage to perform with them.

I don’t know how much of the audience was familiar with HFTRR, but after this show I believe they’ll have a solid fan base in Boston.

The last set of the night belonged to Spirit Family Reunion. I saw them perform at The Sinclair in April and was blown away by their performance. At that time, I was unfamiliar with their music but knew I’d like them. They were at Newport Folk last summer; I didn’t see their set but I did see them when they performed one song with HFTRR. 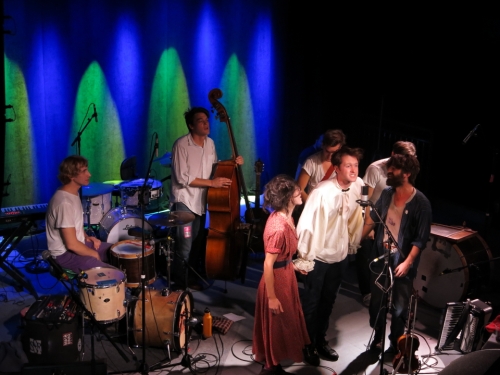 They took the stage and didn’t let the energy wane for a second. One of the things I particularly enjoy about Spirit is the way they move around each other on stage, smoothly yet not feeling choreographed.

I also love it when they gather around a mic for their incredible harmonies. 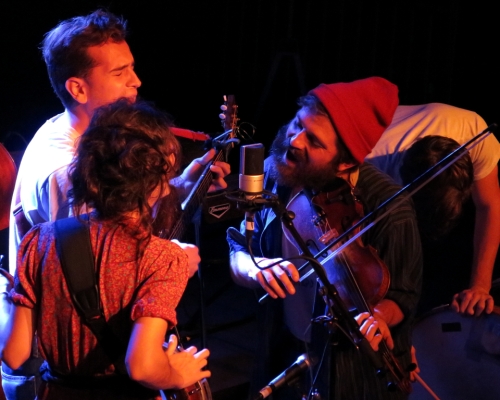 During their set, they also brought out various friends to perform with them, including Spitzer Space Telescope, who opened for Spirit in April. At that show, he was visibly annoyed at the audience because most weren’t paying attention to him. Tonight, he got the crowd’s attention. He’s an interesting songwriter and I’d enjoy seeing more of him.

For their encore, they brought everyone to the stage who’d performed as well as a few friends and family (Jay Sweet was on stage as was an infant) for an incredible rendition of “I’ll Find a Way”. The audience sang along with the chorus to end an amazing evening.

One of the highlights of the night for me was chatting with Peter, Spirit’s drummer, before the doors of the venue opened. We joked about my not recognizing him, saying that drummers rarely are recognized because the lights are always so dim for them. Tonight, Peter was well-lit and I enjoyed his playing more because I got a chance to talk with him.

It was a long show, but worth it! See any or all of them in a venue near you if you get the chance. They are almost at the end of their tour, so you will probably have to wait until next year to see them – unless you’re in New York and you head out to Music Hall of Williamsburg tonight! 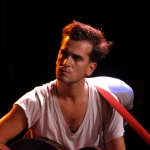 Peter’s tool kit – this fascinated me… It reminded me of a chef’s knife kit and my pottery tools.

More cowbell!!! I’m not sure I’ve ever seen cowbell played with a hammer! Or else I’ve never been close enough to see the hammer.,,

Sam Doores of The Deslondes 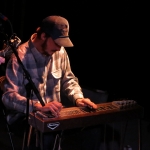 John James of The Deslondes