I have to admit I’m not terribly familiar with Frank or Dweezil Zappa’s music. I know the biggest hits Frank had, as most people of my age do, but not the more obscure songs. I relished the opportunity to get to know the music better. 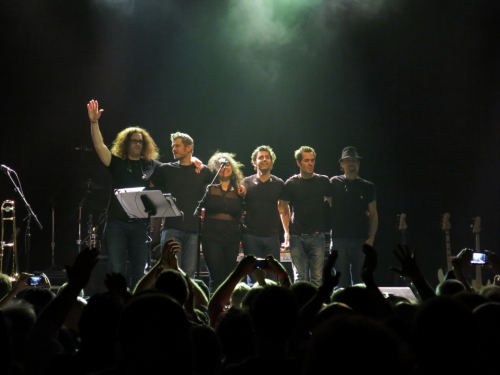 I especially enjoyed “Be-Bop Tango” when he invited a few members of the audience to come on stage and do some dancing to the short, fast notes. First he invited two boys on the stage – that was great because they were loose and uninhibited. Then he invited two women, one of whom did a little bump-and-grind against Dweezil. That woman turned out to be his wife!

After the finished the album – which lasted at least an hour – they launched into other songs from Frank’s extensive catalog. One of the songs they played was “The Black Page” which was titled because the music was so complicated and the page was so full of notes that it was almost a black page. Dweezil also said that it was written in an unusual manner – the rhythm section was written first, so the song started with an excellent drum solo. 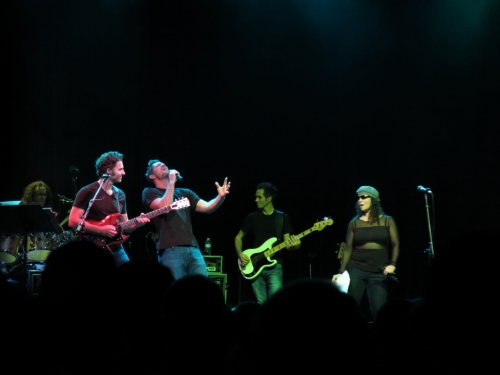 The people who were with me, who are long-time fans, said it was the first time they’d heard him perform “Flakes” and they loved it. Next time ZpZ comes to Boston, I plan to be more familiar with the music which will help me enjoy the performance even more.  As it was, I enjoyed the ‘acting’ almost as much as the music.

The band is very tight, which was quite an accomplishment considering the drummer is new. Scheila, on saxophone, keyboard, and flute, has been with ZpZ for a long time. Ben, on trombone, trumpet, and lead vocals (as well as the armpit), is quite versatile and fun to watch.

ZpZ is dedicated to preserving the music of Frank Zappa and making it relevant for people who are listening to it now for the first time. Frank’s music is complicated, both the lyrics and the music, and the band plays it so well. Frank broke a lot of new ground back in the 1960s-1970s and I love that it’s appealing to another generation or two 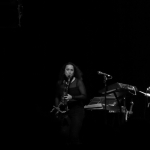