Trigger Hippy is a supergroup that formed almost five years ago although I’d never heard of them until they were signed to perform at the Hot Stove, Cool Music benefit.

I should have known them – Steve Gorman, the drummer for The Black Crowes, founded the group which now has Joan Osborne, Jackie Greene, Tom Bukovac, and Nick Govrik as its members (in addition to Steve).

I had an inkling of what was in store for us because I had seen them perform the previous evening. I was very excited to see them perform a full set.

Their style is rock and roll with a lot of soul and blues influences. A perfect blend, as far as I’m concerned.

Almost every song they performed was original; they did a fantastic version of John Lennon’s ‘Don’t Let Me Down’. Joan mentioned that Nick wrote many of their songs and they’re great!

At the end of one song, Jackie did a gospel solo that was incredible! Unfortunately, I couldn’t see his face from where I was standing. I imagine that he looked beatific… 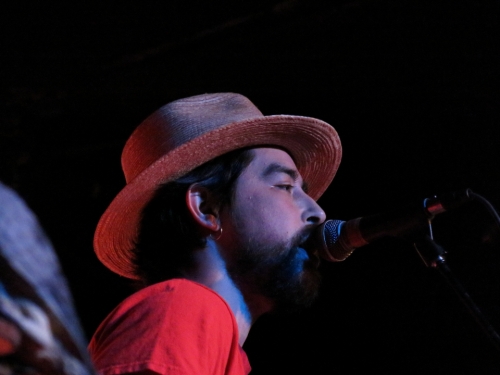 The chemistry they have is very obvious. My sense is that Joan is the catalyst; her warmth and talent emanates from the stage to draw the audience closer. 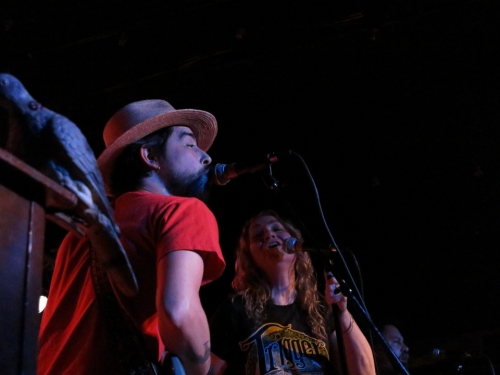 I’m not sure of the significance of the bird perched on the edge of the keyboard – perhaps a reader of this knows and will be kind enough to comment on it.

A local band called The Brooklyns opened. They were good and clearly had some fans in the crowd.

I highly recommend seeing Trigger Hippy at small clubs when you get the chance. They won’t be relegated to small venues for much longer.

Posted on January 15, 2014, in Uncategorized. Bookmark the permalink. Leave a comment.