The Wood Brothers rocked the Somerville Theatre on Friday night!

I had never seen them perform but knew that they play a style of Americana music that I typically love. I’m happy to report that they exceeded my expectations! 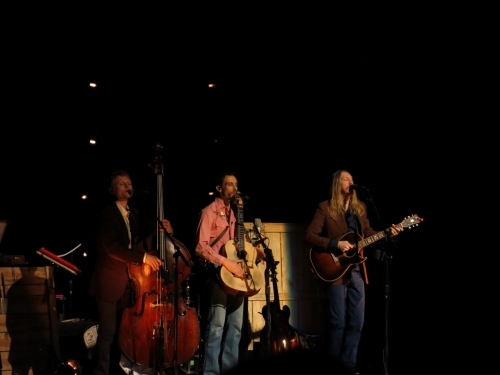 Walking into the theatre, I was struck by the stage – it looked like a cozy shack in, say, the Blue Ridge Mountains. Very homey and inviting. You can see some of it in the following picture. 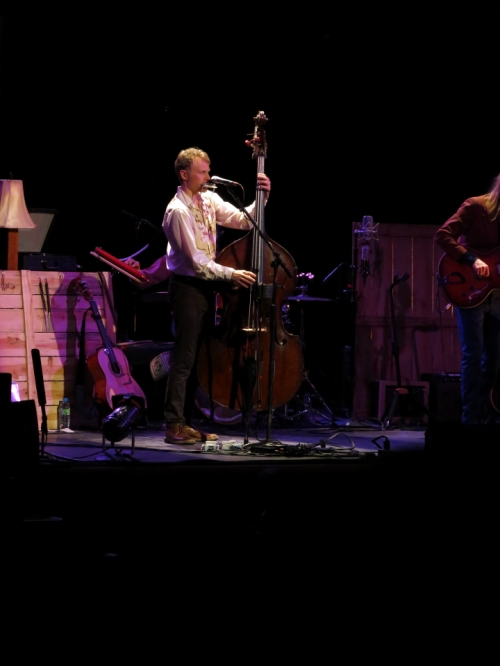 Oliver Wood on guitar, Chris Wood on bass and Jano Rix on drums and shuitar (looks like a guitar but plays an acoustic beat) comprise The Wood Brothers. Their sound is big – bigger than you would imagine from three instruments. 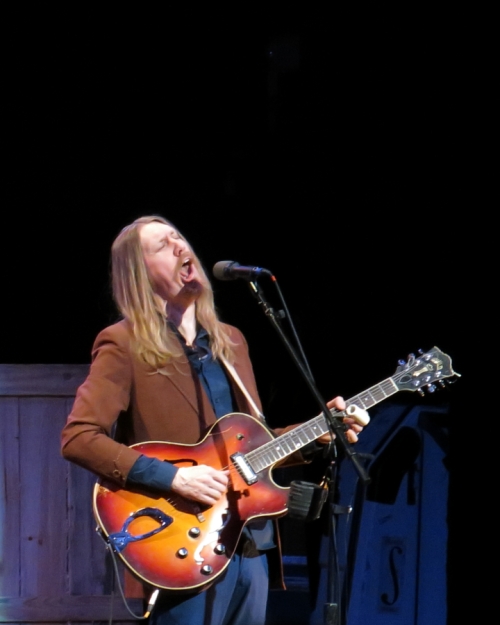 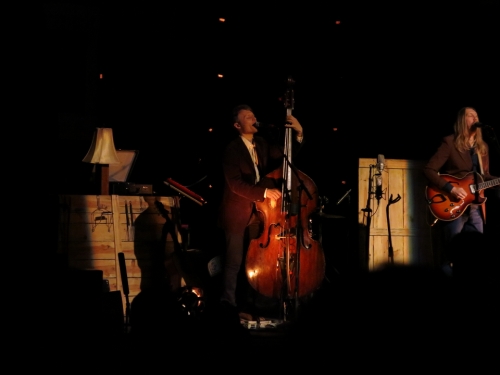 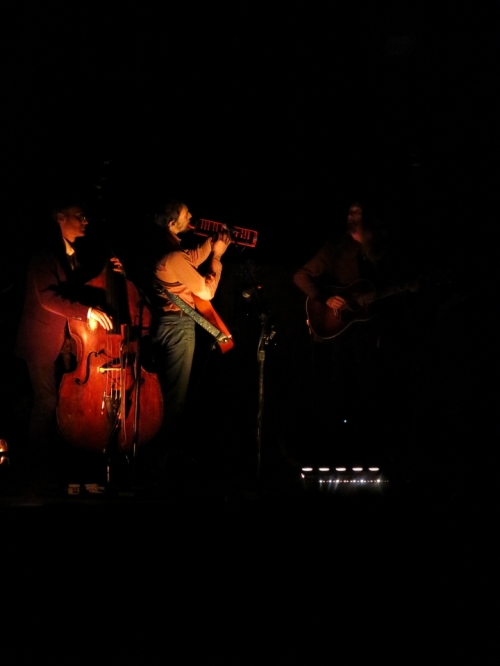 Their sound reminded me in many ways of The Band, one of my favorite groups of all time; that was especially obvious in their rendition of ‘Ophelia.’

In the middle of their set, they invited locally-based musician Ryan Montbleau to the stage for a couple of songs. It was my first time seeing him without his former band. 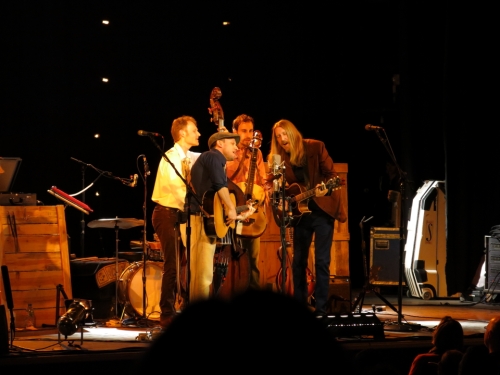 The band is touring in support of their recent release, ‘The Muse.’  They played songs from the entire range of their catalog, however.

Chris Wood surprised me (but probably not others who were familiar with their live performances) with his dancing, sometimes with his acoustic bass in hand, sometimes without. He has some smooth moves! 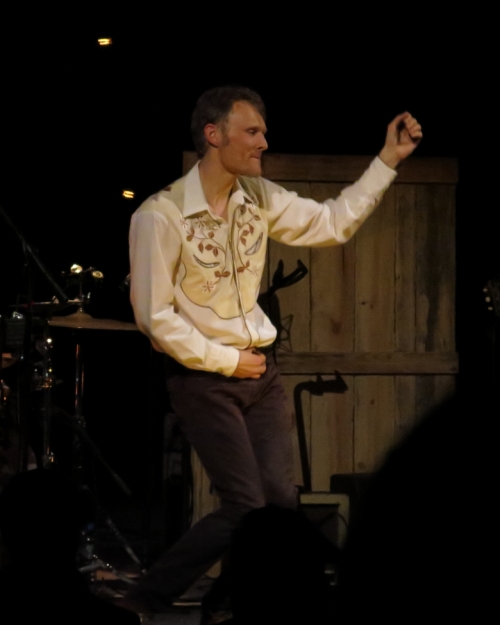 The show opened with Philadelphia native Chris Kasper, supported by Kiley Ryan on the fiddle. I liked them and would be interested in seeing them with a full band. 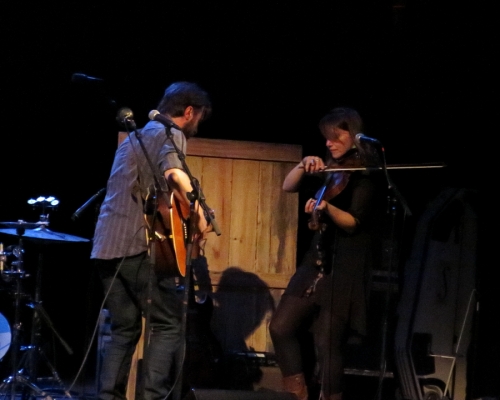 Toward the end of the show, the entire audience (at least those in the orchestra) was on their feet, dancing and gyrating to the energetic music. I have a feeling I’ll be seeing them on the Newport Folk Festival lineup one of these years (and they may have already been there before I started going to the festival).