I doubt anyone was more thrilled than I was that the Juanito Pascual New Flamenco Trio‘s original album release show was rescheduled due to a snowstorm (hurrah! I didn’t have a conflict for the new date)! 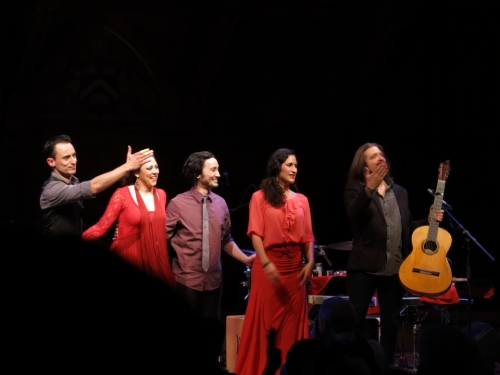 The excitement was palpable in the lobby of the Sanders Theatre; there was a reception for some contributors to the Kickstarter campaign that made the new album and this event possible!The Sanders is an ideal venue for the Trio; not only is the sound fantastic and the stage large – perfect for flamenco dancing – but the wood-paneled amphitheater is absolutely gorgeous.  The sight lines are excellent from almost every place in the theatre. Unfortunately photography is never allowed in the Sanders, but I did what most of the audience did – wait until the encore to snap a precious few shots.

Juanito Pascual, the guitarist, formed the Trio with Brad Barrett on bass and Tupac Mantilla on percussion.  All three are terrific musicians individually but together they soar. 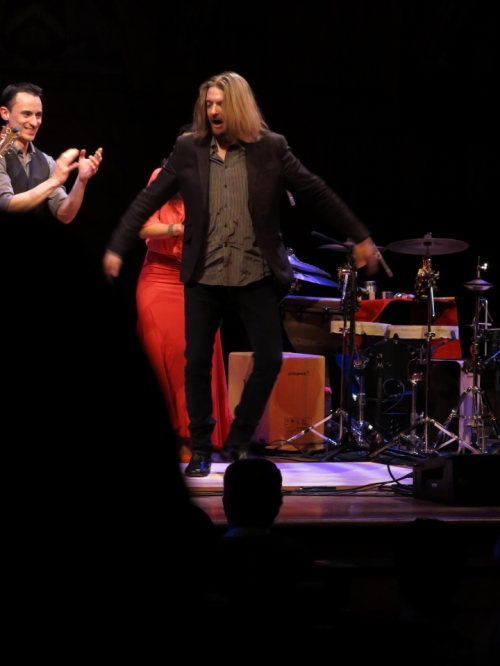 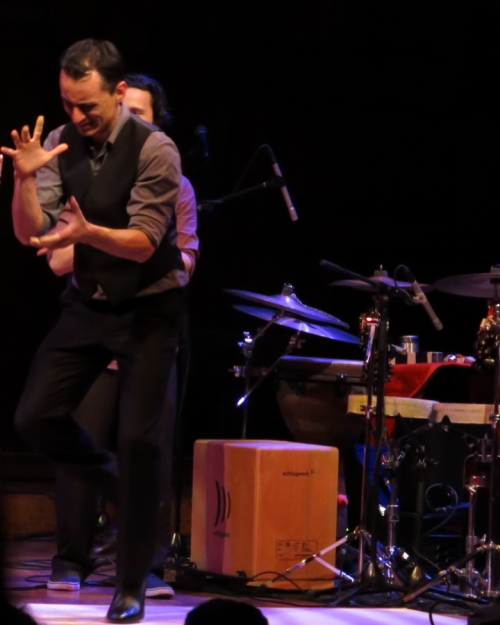 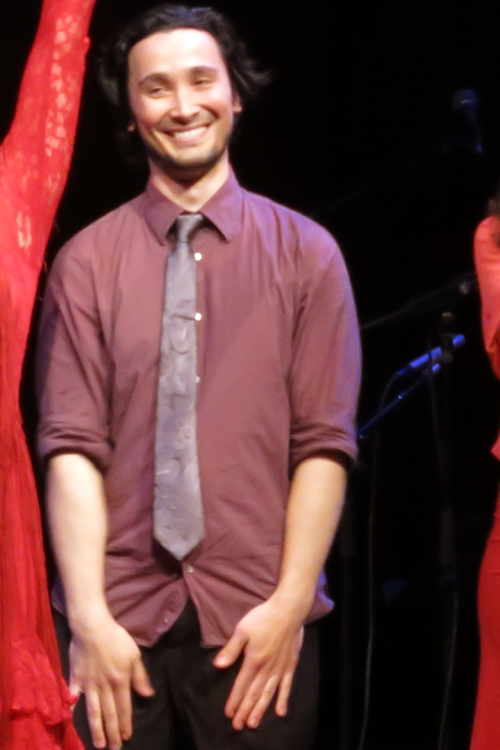 This show was a blend of classic flamenco, replete with a flamenco dancer in the person of Auxi Fernández and also a singer, Barbara Martinez; both also contributed palmas, the traditional percussive clapping (how do they do it???) that one hears with flamenco. 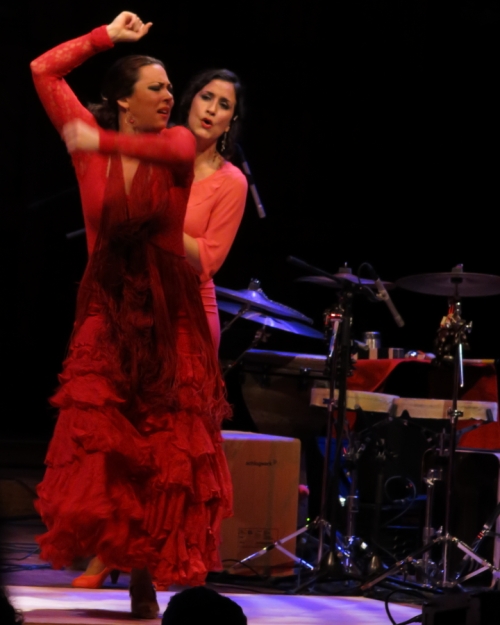 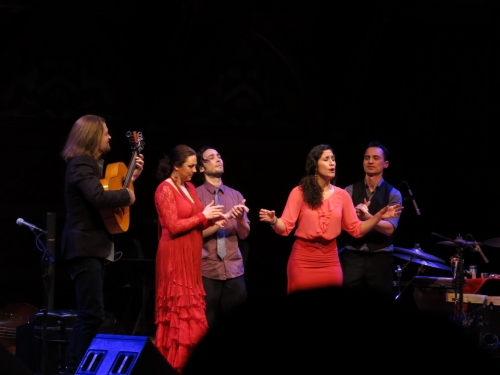 Auxi is such an energetic dancer that one of her earrings flew our of her ear and landed at least fifteen feet away from her!

The Trio’s brand of new flamenco incorporates elements of other music styles, including funk in ‘Chicago Times’ – what Juanito called funkmenco. I love the blending of styles into something fresh and fantastic. 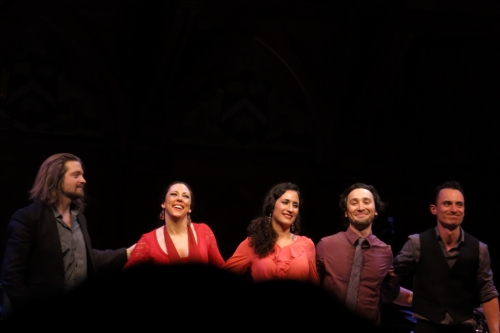 The Trio with Auxi and Barbara

One number on the new album that I particularly enjoy is the Trio’s version of George Harrison’s ‘While My Guitar Gently Weeps’; as Juanito said, you didn’t know that was a flamenco song! You can watch the Trio’s official version of it here.

This was a long show – two hour-plus sets – that drew from the new album as well as older, more traditional, material. 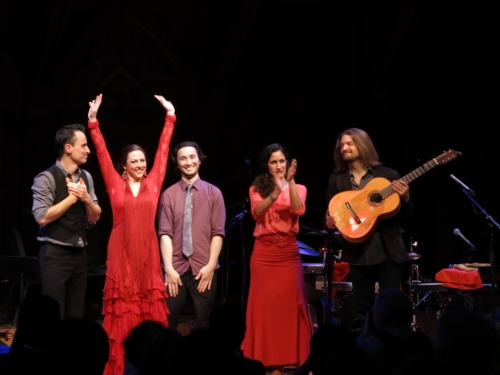 I had seen the Trio perform a couple of times prior to this show, and they’ve always been wonderful, but this show was over-the-top fabulous. I imagine that part of that is due to the album release nature of the show, but I feel there is increasing chemistry among Juanito, Tupac and Brad and that is a thrill to experience. 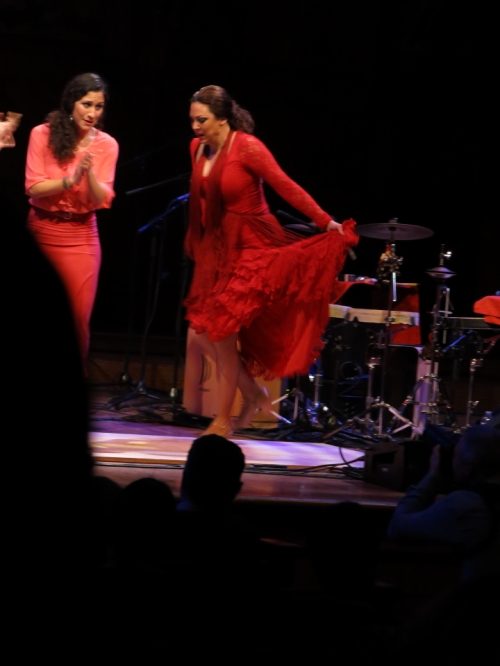 Get yourself the album; you won’t regret it. Better still, get the album AND attend one of their live performances!