← Week 10 Of Newport Folk Festival Lineup Announcements Started With A Bang!
Simon Townshend Stands Well On His Own →

I Love Me Some Old-Timey Music

One of my favorite venues, Johnny D’s, started a Free Friday series within the past year, and it took my friend Laney Jones to get me to one of those events.

This was going to be my first time seeing her with her full band The Lively Spirits (which ended up being not quite true – her fiddle player was not playing with them this night), and I was excited!

I met Laney standing on line to get into a concert when she was in Boston auditioning for Berklee College of Music. As soon as I heard her music, I loved it. Laney’s voice is mellifluous and very well-suited to her style of songwriting.

She is a smart songwriter and has many songs that bring a smile to my face. One of her more recent songs, ‘Colorado and Washington‘, had the audience – most of whom was unfamiliar with her – singing along with her by the end. You can imagine the theme of that song! 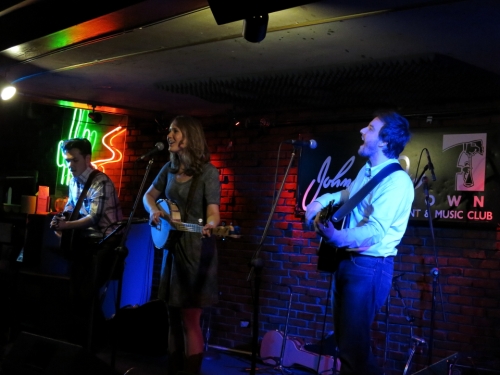 Jacy, and Laney and Matt

Laney is a storyteller and lets her audience know the story behind the song. She tells of the largest female alligator in the state of Florida being caught in her backyard (after eating some of her goats), the lead-in to ‘Midnight Snack’. 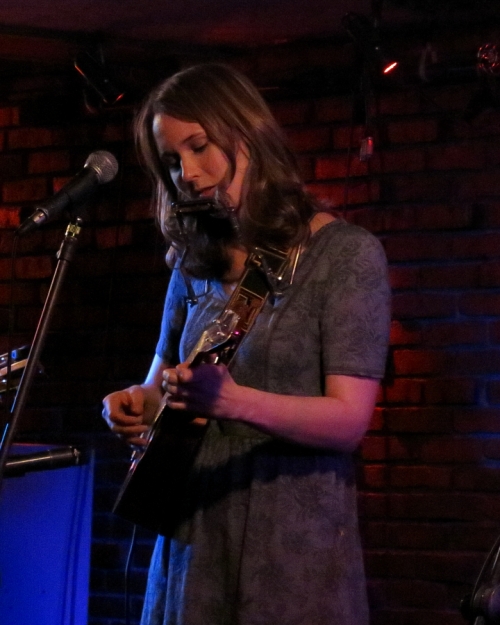 She was backed this night by Jacy Anderson on guitar and Matt Tonner on bass and vocals. Both are accomplished musicians who complement Laney beautifully. 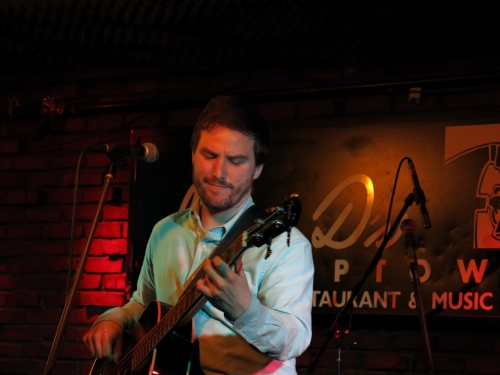 The ukelele, banjo and harmonica are Laney’s instruments – in addition to her incredible voice, that is. I was hooked the first time I heard her sing and I know I won’t get tired of hearing her. 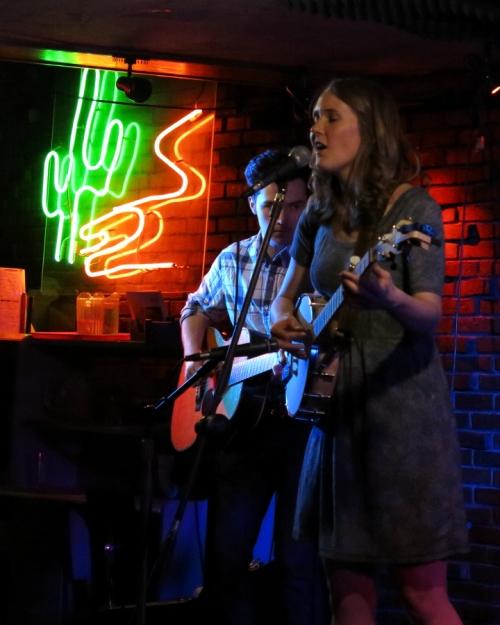 Laney and her band will be touring this summer; so far, the dates are mostly on the east coast but watch for her coming to your city. Get it on the ground floor with Miss Laney Jones – you won’t be sorry you did! 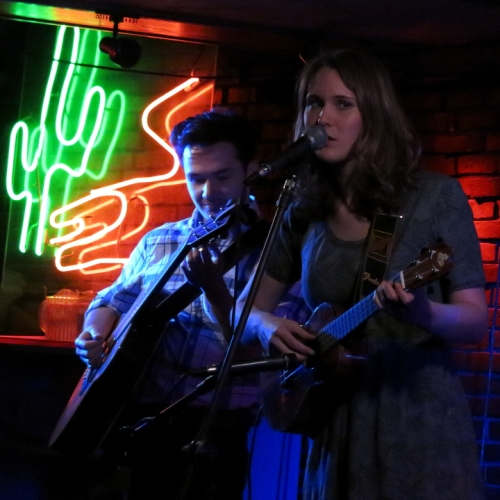 ← Week 10 Of Newport Folk Festival Lineup Announcements Started With A Bang!
Simon Townshend Stands Well On His Own →