Sharon Jones Gave The People What We Wanted

Let me start by saying that my words will not do justice to the performance by Sharon Jones & The Dap-Kings at Boston’s House of Blues.

This was one of the highest-energy shows I have ever seen, and will certainly make it into my top ten shows of 2014.

Sharon (doing the watusi, I believe)

Sharon is touring both to celebrate the release of ‘Give The People What They Want’ and to celebrate her beating cancer. And what a celebration it was! 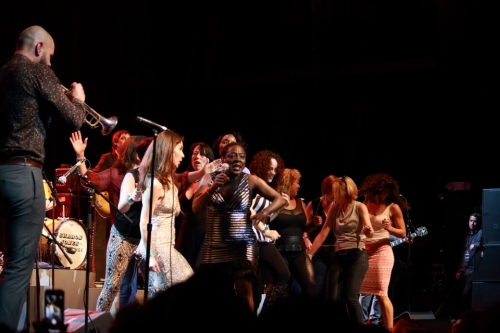 The show started with the fabulous Dap-Kings playing a number to warm up the crowd. The talented members of the Dap-Kings are Homer Steinweiss on drums, Binky Griptite on guitar, Bugaloo Velez on congas, Dave Guy on trumpet, Joe Crispiano on guitar, Bosco Mann on bass, Neal Sugarman on tenor saxophone, and Cochemea Gastelum on baritone saxophone.

Following their warm-up, singers Saundra Williams and Starr Duncan (billed as Saun and Starr) took the stage for another number. Each of them boasts a fantastic voice and good moves! 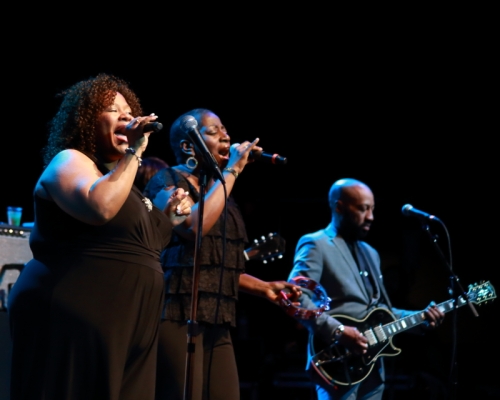 By the time Starr and Saun finished their songs, we were ready to welcome Sharon to the stage. She came out raring to go! 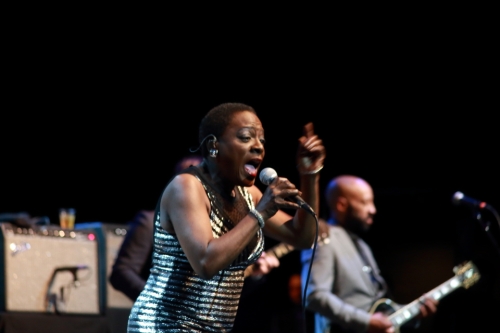 A bit frustrated by the way her in-ear monitor was working (or not), Sharon nevertheless sang and danced as if everything was perfect. That, to me, illustrates how much of a consummate performer she is; she went with the flow.

Toward the beginning of the set, Sharon acted incredulous that we would be at her concert instead of watching the Red Sox play across Lansdowne Street.  At that point, she hit a pretend home run so we wouldn’t feel as if we were missing something; frankly, I doubt anyone in the audience would have preferred being anywhere other than where we were.

In the middle of the set, Sharon demonstrated some of the most popular dances from the 1960s – the watusi, mashed potato, pony, and the twist, to name a few. The crowd went wild, with some people nearby dancing right along with her even though they were not born until several decades later. 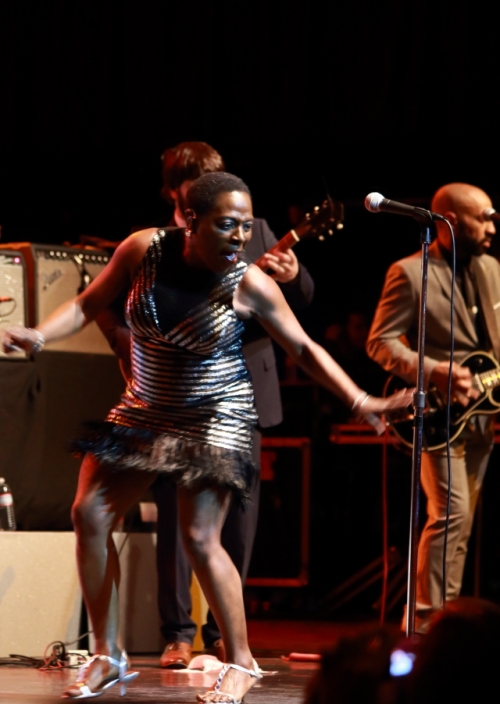 One of the highlights of her set was ‘This Land is Your Land’; Woody Guthrie would have been proud of Sharon’s version of his famous song.

In the middle of the set, Sharon chose some women to come up on stage and dance to the music. She had been watching the crowd (at least the ones she could see) and chose some very good dancers. The band did the same thing at the beginning of the encore, before Sharon came back to the stage.

Sharon and the ladies from the audience

It is hard to convey the energy of Sharon’s set through still photographs. Suffice it to say that you need to experience it to believe it. 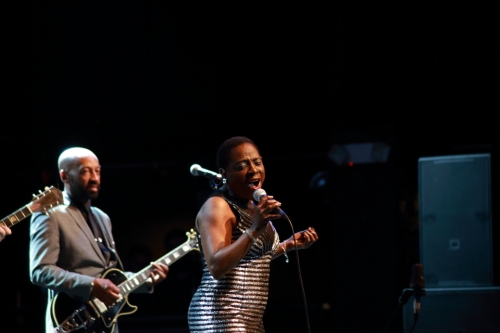 Opening the show was James Hunter, without the other five members of his band. I was very interested to hear him; he performs with his band regularly throughout New England but I had never seen him.

James is an English soul singer and I enjoyed his set quite a bit. He has an excellent voice that suits soul music well. I look forward to seeing him with his band in one of the smaller venues he favors.

I had tears in my eyes at the end of the show. Sharon is very inspiring. She knows how to live and obviously loves to give us what we want! More, Sharon, more!!! 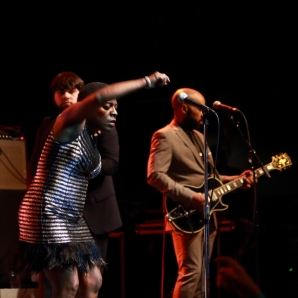 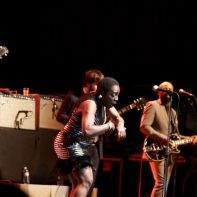 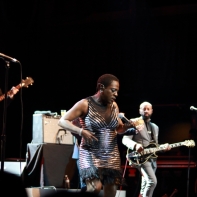 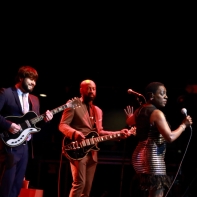 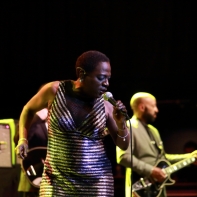 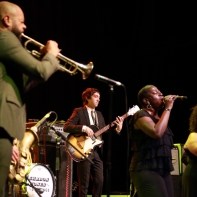 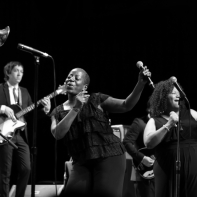 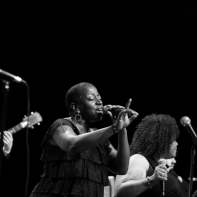 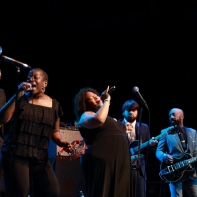 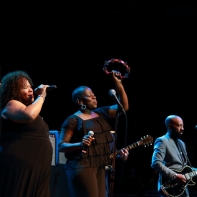 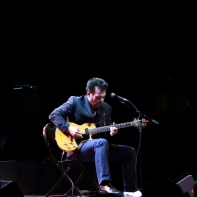 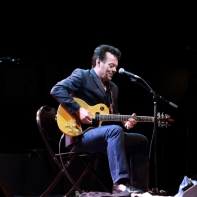