This weekend, Regattabar hosted the enchanting Diane Schuur on the heels of the release of her latest album “I Remember You, With Love to Stan [Getz] and Frank [Sinatra]”. 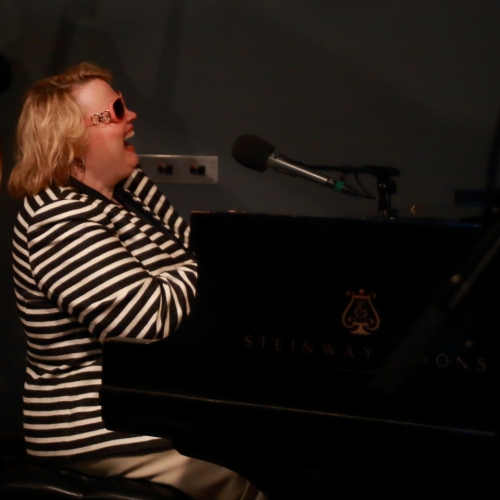 What an entertainer she is! From the moment she took the stage, she regaled us with great songs, funny quips, and marvelous piano-playing.

Diane, who has been blind since birth, has an amazing vocal range which she put to wonderful use at this show. From the highs of ‘For Once In My Life’ to the lows of ‘Didn’t We’, Diane seems to be able to do it all.

Her facial expressions are a joy to behold, and her laugh is infectious. She laughs with her entire body!

Her band is composed of four extremely talented players; Roni Ben-Hur on guitar, Ben Wolfe on bass, Willie Jones on drums, and Joel Frahm on sax are perfection accompanists to Diane. 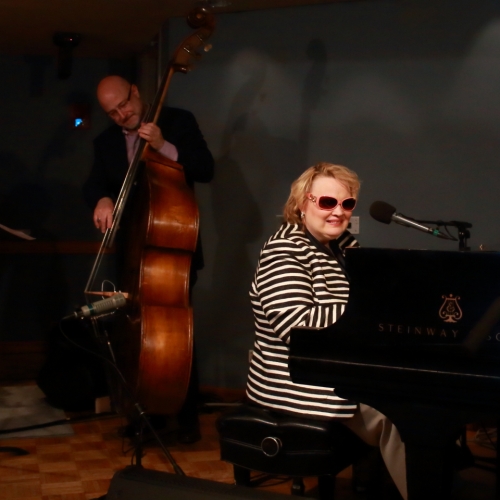 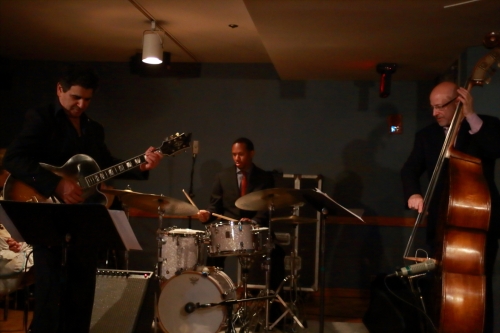 One of the most exciting parts of the show was Diane’s voice and Joel’s sax performing duets. I was sitting very close to them, and their voices at times were in unison. If I had not seen them, I could have imagined it was only one instrument (or two saxes).

Each member of the band got at least one solo during the set, and they were much appreciated by the audience. I especially loved Roni’s solos – partly because he’s an excellent guitarist but partly because of the way his guitar sounded so sweet and mellow. All except Willie play with Diane regularly, and the band is very tight. 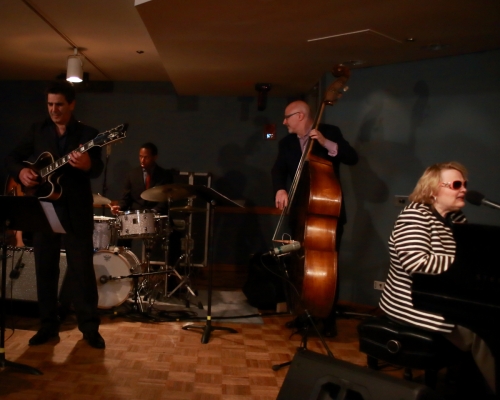 Most of the set list came from the new release, with songs ranging from George Gershwin to Antonin Carlos Jobim to Cole Porter. Diane can sing all the jazz masters. 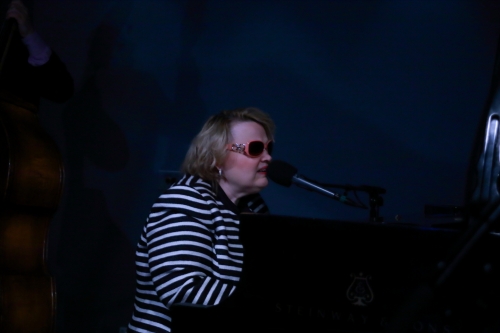 This was a wonderful way to spend a Friday evening. If Diane is coming to a city near you, I think you’d enjoy seeing her. 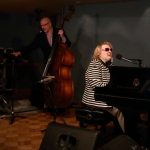 Diane, laughing at her own joke

Diane and the Band