← The Piano Man Rules!
Neko Case Performance In Lowell Was Another Winner For The Series →

Many of us in attendance at last weekend’s Lucinda Williams show at the Lowell Summer Music Series remember her last performance there. Thankfully, Lucinda made a triumphant return to Boarding House Park! 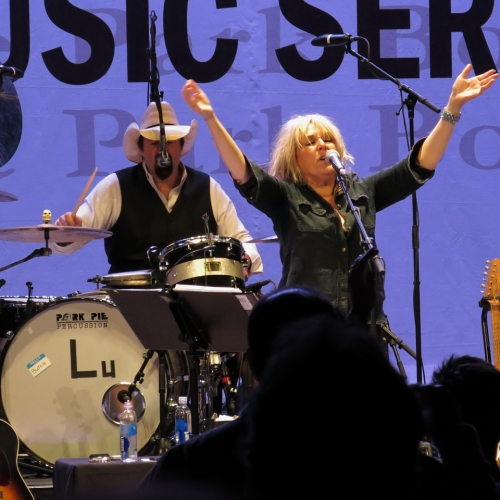 Lucinda is in a much better place in her life now and that showed in her fine performance. 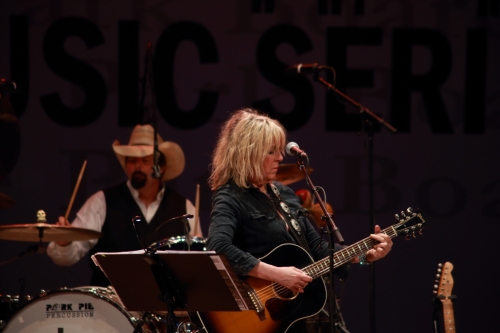 Lucinda came to the stage and immediately launched into ‘Blessed’, the title song from her last release. Her deep, sultry voice shined in this song as it did for the rest of her set. 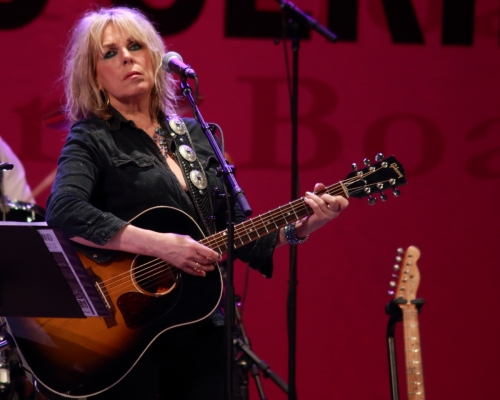 Her band is terrific, and includes Stuart Mathis (formerly of The Wallflowers) on guitar, David Sutton on bass, and Butch Norton on drums. 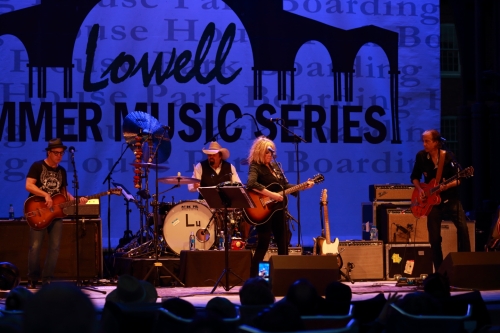 Lucinda and her Band

Each member of the band got a chance to solo and all but David provided backing vocals, but this show was all Lucinda. 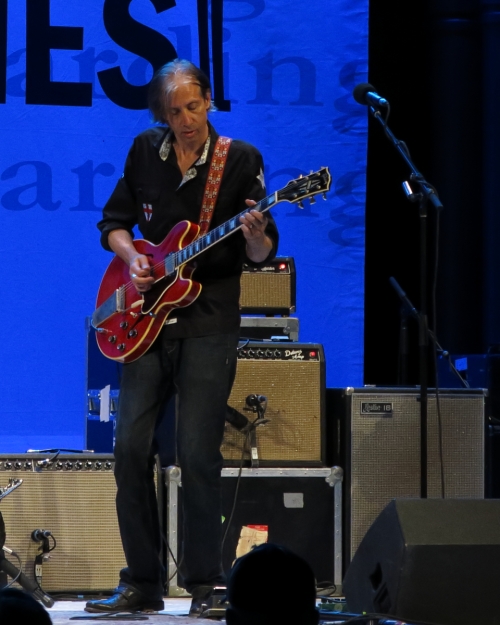 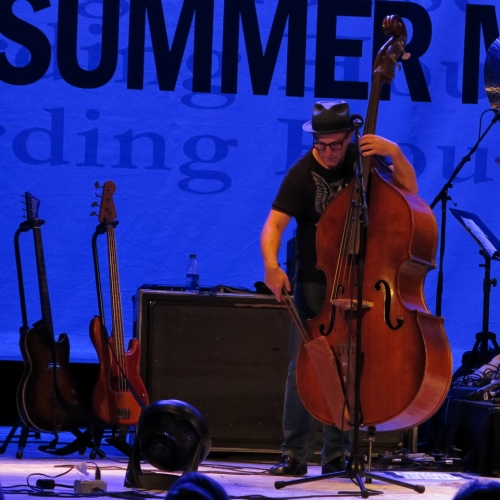 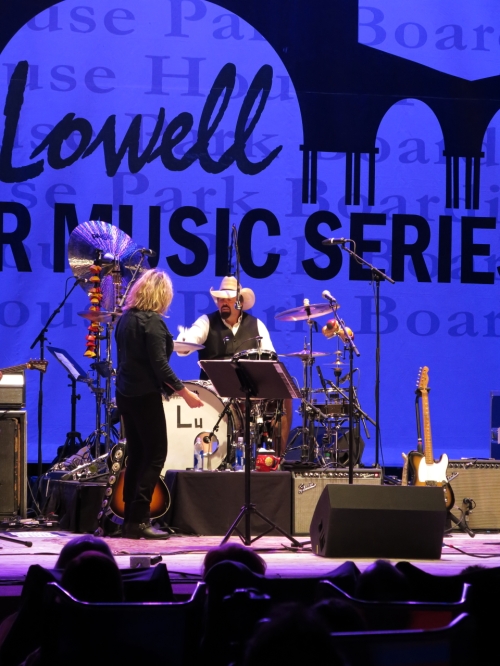 She told us she’s releasing a new album later this year, and played a couple of songs from it. One is titled ‘Copenhagen’ and it’s beautiful. It’s about being in Copenhagen when she got news that a friend had died suddenly, and the feelings she had being so far from home. 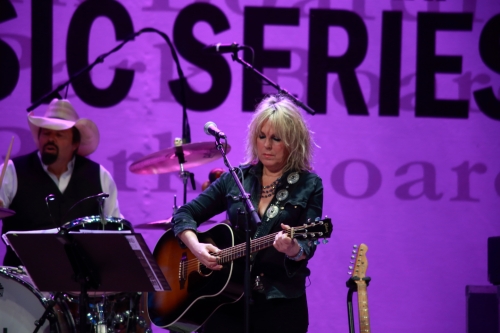 I did not know that her father is the poet Miller Williams. Lucinda related a story that she has been trying to set one of her father’s poems to music for many years, despite his feeling that poems and poems, songs are songs, and they are mutually exclusive. Lucinda was finally able to accomplish her goal, and the song is lovely – and it is a song, Lu! 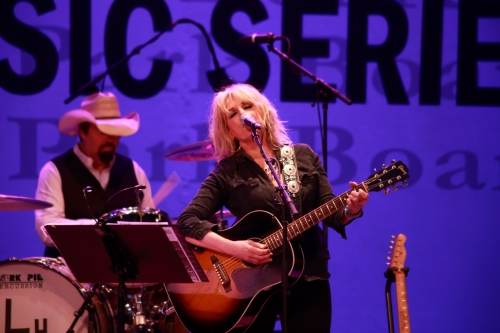 She did not smile all that much until the end. The last song of the encore was Neil Young’s ‘Rockin in the Free World’; Lucinda was fist pumping, throwing her arms in the air, and generally having a grand time. 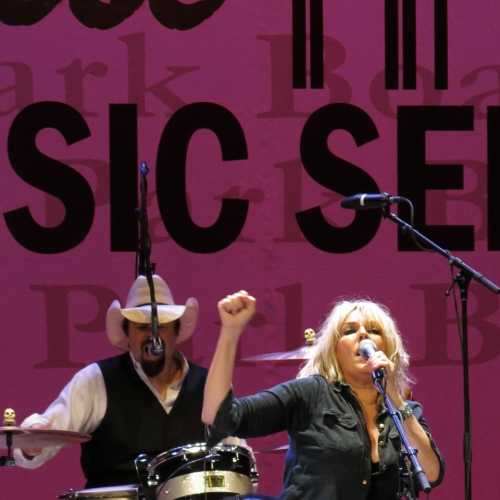 Lucinda during ‘Rockin in the Free World’

The set list spanned her entire career, including songs from all or almost all her albums.  Included were crowd (and personal) favorites ‘Joy’, ‘Honeybee’, ‘Righteously’, and ‘Can’t Let Go’. 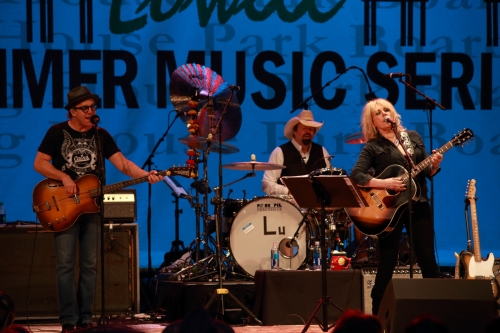 I find it a bit disconcerting to see her lyrics book, but apparently that’s one of her trademarks and has been for many years. 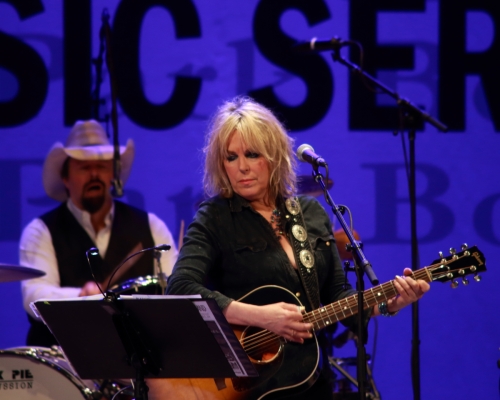 Opening the show, and touring with Lucinda, was The Kenneth Brian Band. The band hails from Alabama, and are country rockers. 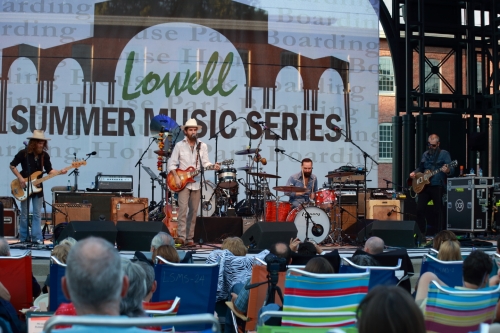 The members of the band are Kenneth Brian on guitar and lead vocals, Travis Stephens on rhythm guitars and harmony vocals, Frank Rische on bass, and Aaron Fisher on drums. 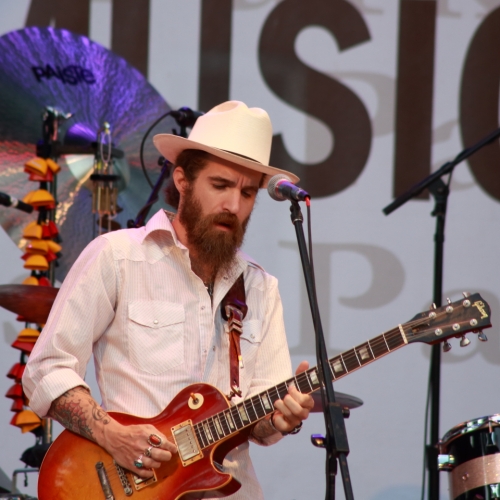 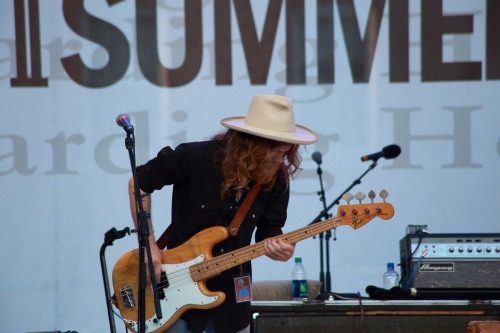 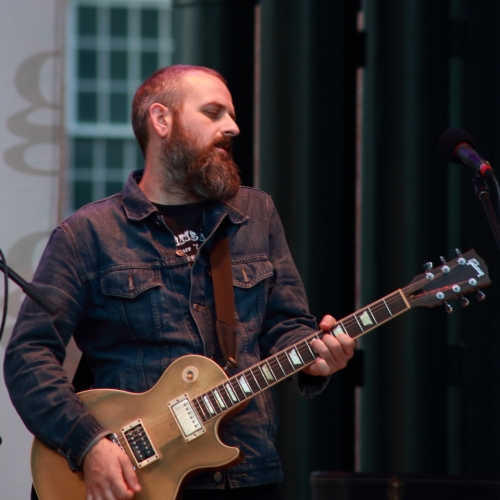 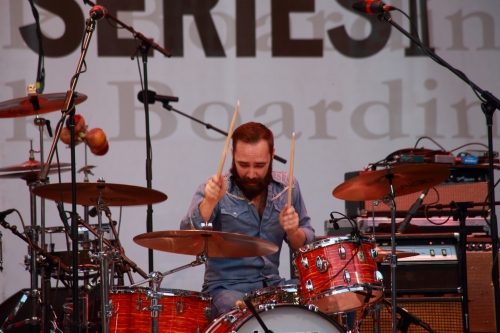 This was a night of wonderful roots music, heard while sitting under a starry sky. All in all, it was a flawless evening. 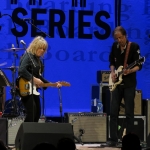 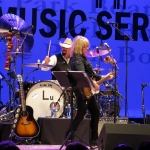 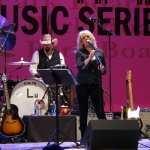 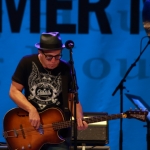 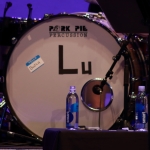 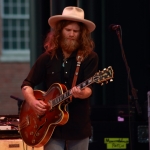 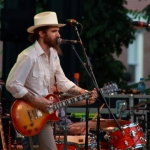 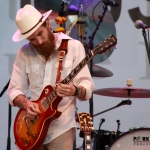 ← The Piano Man Rules!
Neko Case Performance In Lowell Was Another Winner For The Series →