I am excited to announce the first show of the 26th season of the Lowell Summer Music Series! It’s starting a little earlier than in past years which – for this fan of the Series at least –  is going to make winter a bit more palatable! Ani DiFranco with Peter Mulvey opening will perform at the Series on Saturday, June 20.

“As a singer, songwriter, activist and independent entrepreneur, Ani DiFranco has been setting her own pace—and encouraging countless admirers to do the same—for more than 20 years. But while she has been known as the “Little Folksinger,” her music has grown far beyond her acoustic solo roots in cozy venues to embrace jazz, soul, electronica and even more distant sounds. All of which are featured in DiFranco’s new Righteous Babe release Allergic To Water where she also blends abstract imagery and deceptively understated melodies with personal reflections on her life in New Orleans where she is now raising her two children with her partner, producer Mike Napolitano. 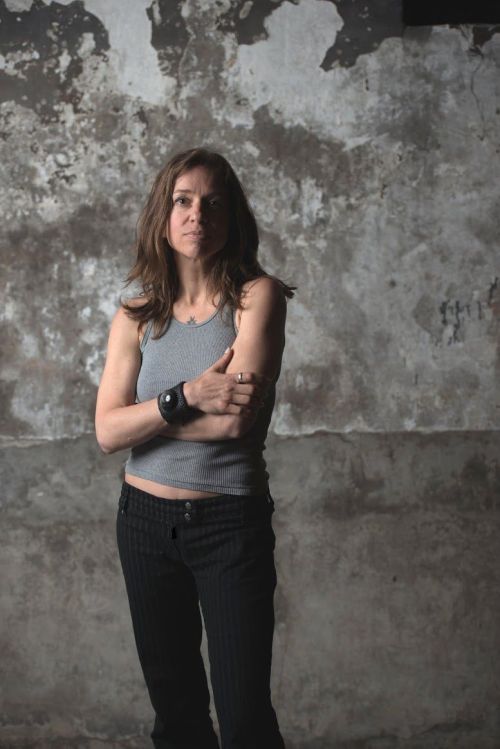 ‘It’s such a humbling, and grueling, thing to raise children,’ DiFranco said. ‘And that makes playing music more precious and makes me more grateful. It’s a real balancing act, but it also has a balancing effect.’”

I am looking forward to seeing Peter Mulvey for the first time in about twenty years! I used to see him regularly, busking at the Harvard Square T station while I waited for a train; I am so glad he is still making great music!

Tickets for the Ani DiFranco show are priced at $34 in advance (fee-free!), $40 on the day of the show (if available), and children 12 and under are always free courtesy of Eastern Bank. There are also premium seats – beach chairs are provided by the Series – set in two rows directly in front of the stage for $134.  Tickets go on sale Friday, December 12 at 9 a.m. through Lowell Summer Music Series.