How exciting that Kenny Wayne Shepherd and Jonny Lang are touring together, for the first time, this summer and they’ll land at the Lowell Summer Music Series on Friday, June 19!

“Renowned blues rock guitarist/songwriter Kenny Wayne Shepherd and celebrated guitarist, vocalist, and songwriter Jonny Lang will be hitting the road together for the first time ever on a co-headlining tour beginning this June in the United States.

“Grammy Award winner Jonny Lang has shared the stage with some of the most respected legends in music.  His career took off while he was still in his teens sixteen years ago, breaking out of the local clubs of Minneapolis.  His debut on A&M Records Lie To Me went on to platinum certification, and continues to be a significant catalog seller to this day.  On the way up, he shared the stage with the Rolling Stones, B.B. King, Aerosmith, Sting, and Buddy Guy and many others. All five of his major label studio albums debuted Top 50 on the Billboard Album Chart.  His latest release 2013’s Fight For My Soul debuted #1 on the Billboard Blues Album Chart.  Lang continues to be a major concert draw internationally, as he stages in excess of 150 shows annually. 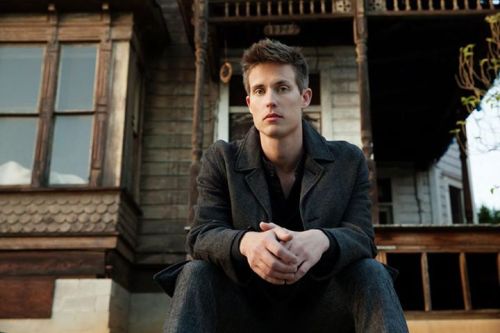 “There are few artists whose names are synonymous with one instrument and how it is played in service to an entire genre. Utter the phrase “young blues rock guitarist” within earshot of anyone with even a cursory knowledge of the modern musical vanguard and the first name they are most likely to respond with will be Kenny Wayne Shepherd. The Louisiana born axeman and songsmith has sold millions of albums while throwing singles into the Top 10, shining a light on the rich blues of the past and forging ahead with his own modern twist on a classic sound he has embodied since his teens. In a 20-year recording career that began when he was 16, Shepherd’s musical resume is impressive, with five Grammy nominations and six #1 debuts on the Billboard Blues charts including his most recent album, 2014’s Goin’ Home, which 9 months later is still resting near the top of the charts.”

Tickets for the Kenny Wayne Shepherd and Jonny Lang show are priced at $49 in advance (fee-free!), $55 on the day of the show (if available), and children 12 and under are always free courtesy of Eastern Bank. There are also premium seats – beach chairs are provided by the Series – set in two rows directly in front of the stage for $149.  Tickets go on sale Friday, March 13, through Lowell Summer Music Series.