I am thrilled that Lake Street Dive will be appearing at the Lowell Summer Music Series on Friday, August 28! This should prove to be one of the highlights of the 26th season.

“Lake Street Dive find themselves on the cusp of stardom, though they insist they will always be the same people whose stage outfits once consisted of matching sweater vests. “We realize this could all go away tomorrow,” says Rachael Price. “But that won’t change what we do. We want to continue to do this for a long, long time. This is what we love. We just want to make sure we keep enjoying ourselves.” 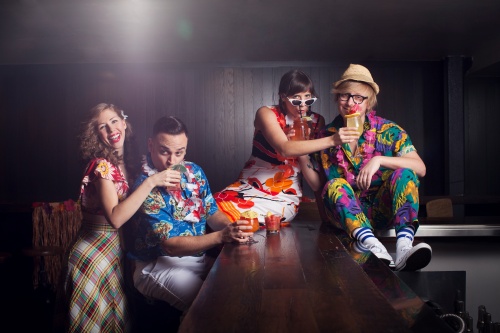 “Rolling Stone called the band “unexpected showstoppers,” while Hollywood Reporter noted the group “delivered one of the show’s best moments with the swinging ‘You Go Down Smooth,’ with stirring vocals by lead singer Rachael Price.” The New York Daily News was similarly enthused, saying Lake Street Dive “was the evening’s wild card,” and noting Price “has the soulful howl of a young Etta James.””

Tickets for the Lake Street Dive show are priced at $33 in advance (fee-free!), $40 on the day of the show (if available), and children 12 and under are always free courtesy of Eastern Bank. There are also premium seats – beach chairs are provided by the Series – set in two rows directly in front of the stage for $133.  Tickets go on sale Wednesday, March 18, through Lowell Summer Music Series.