How exciting that Chris Robinson Brotherhood (Chris is formerly of the Black Crowes) will be appearing at the Lowell Summer Music Series on Friday, July 17!

“The Chris Robinson Brotherhood is touring in support of its latest release, Phosphorescent Harvest. Praised by Rolling Stone as “at once quirky, trippy, soulful and downright magnetic,” it’s the band’s third long-playing album for Silver Arrow Records. Robinson declares: “We’ve created a piece of rock ‘n’ roll here. People can look to us and rest assured the genre is alive and well. 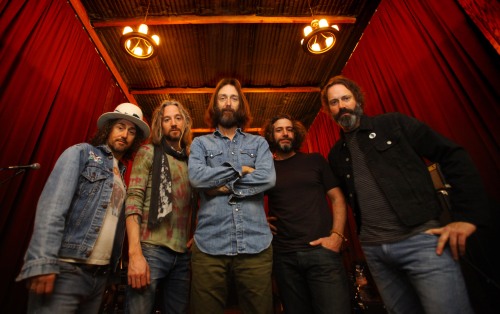 “In an age when so many put their beliefs in trends, the Chris Robinson Brotherhood is committed to something deeper. In Robinson’s words: “We don’t make music that can sell iPads. Our music will not sell you a Prius. I like that. Writing songs has always led me to good things in my life. The songwriting saved me through the dark times, and the songwriting makes it that much sweeter when it’s good. Real success can only come in pursuit of an authentic sound. We’re all very committed to this music, beyond money and egos. That’s a unique place to be.””

Tickets for the Chris Robinson Brotherhood show are priced at $32 in advance (fee-free!), $35 on the day of the show (if available), and children 12 and under are always free courtesy of Eastern Bank. There are also premium seats – beach chairs are provided by the Series – set in two rows directly in front of the stage for $132.  Tickets go on sale Monday, March 16, through Lowell Summer Music Series.