Rhiannon Giddens embarked on her first solo tour several months ago. She achieved much success as a co-founder of the Carolina Chocolate Drops, but her reputation exploded through a couple of projects in which she participated over the last two years:  the Another Day, Another Time concert, a celebration of the music that inspired the film Inside Llewyn Davis, and The New Basement Tapes, a collaboration that set newly found Bob Dylan lyrics to music. 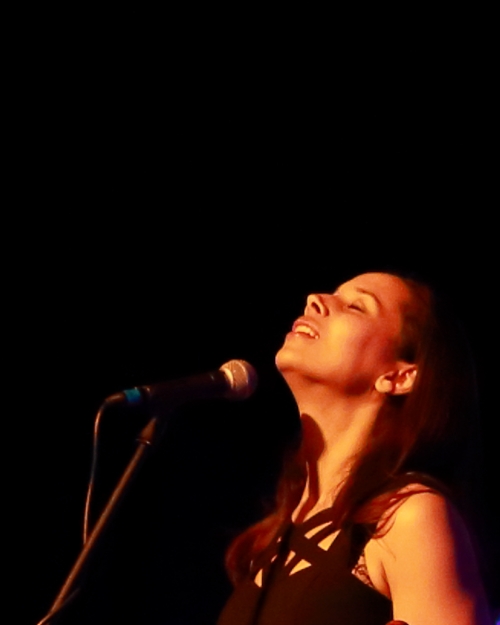 Rhiannon mentioned that this show at the Somerville Theatre was originally billed as a Carolina Chocolate Drops show; I would have seen the show either way, but I am glad it was her show. 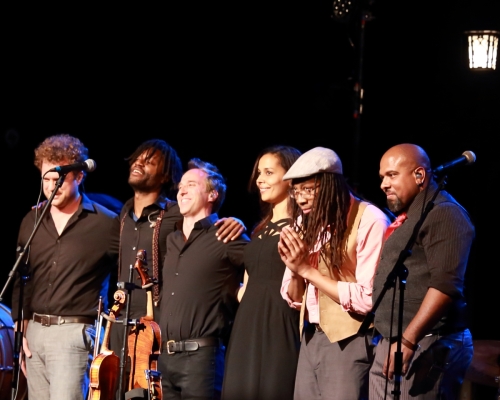 The first time I watched the film made of the Another Day, Another Time concert, Rhiannon’s singing gave me goosebumps and brought me to tears. Her voice tears into you and leaves a mark on your heart and soul.

Rhiannon is an ethnomusicologist, researching African-American music through the ages, bringing it and the unknown and lesser-known musicians to the attention of music lovers. Some of them, such as Odetta, are artists I have known for many years; others, such as Sister Rosetta Tharpe, are new discoveries. All are worth exploring. 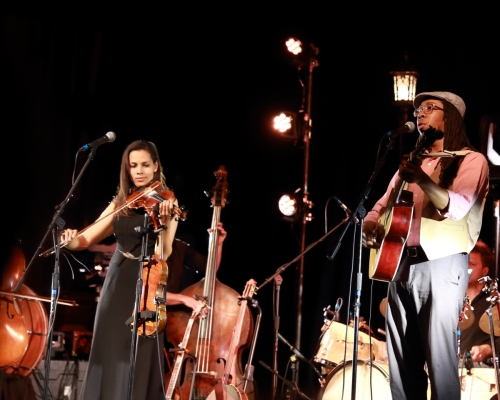 In addition to singing, Rhiannon plays banjo and fiddle.  Her band consists of Hubby Jenkins on banjo, guitar, and mandolin; Malcolm Parson on cello (and what I believe is a melodica); Rowan Corbett on bones; Jamie Dick on drums; and Jason Sypher on bass. Some of them contribute backing vocals as well. 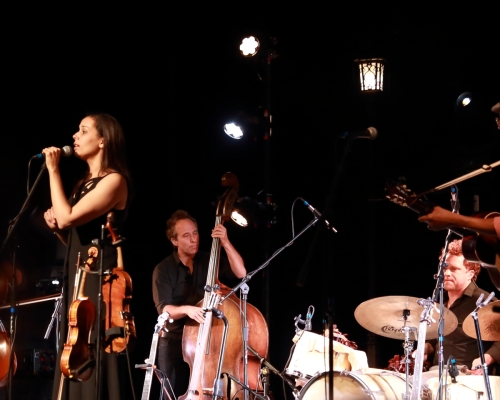 Not only did Rhiannon perform music written by African-American musicians, she also performed a Dolly Parton song ‘Don’t Let It Trouble Your Mind’. I don’t usually think of Dolly as a songwriter, but she is fairly prolific and her songs are covered by many.

The music may be traditional folk, but in Rhiannon’s hands it takes on a new dimension, at least for this writer. Tomorrow Is My Turn is Rhiannon’s first solo effort, but I think today is her turn… As is tomorrow and the next day…

Bhi Bhiman opened the show with a short set of original tunes. He is also a student of African-American history; his songs included one written about Huey Newton, one of the founders of the Black Panther Party.

Rhiannon is in the middle of this tour, so if she is appearing in a city near you, I strongly recommend you go – if the show is not already sold out!

This show was sponsored by World Music/CRASHarts, which delivers concerts by musicians from Africa to India to you name the part of the world. Check it out and become a member! 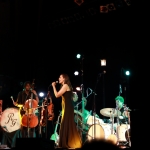 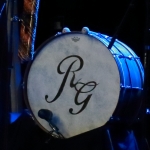