Darlingside Is A Hit At The Armory

When I was introduced to Darlingside a couple of years ago at the Outside the Box Festival (an incredible free festival which is returning to Boston this summer), I remarked that I had discovered my new favorite band. I now see them whenever I can, most recently at Arts at the Armory. Yes, it’s an old armory which has been converted to an up-and-coming arts center. 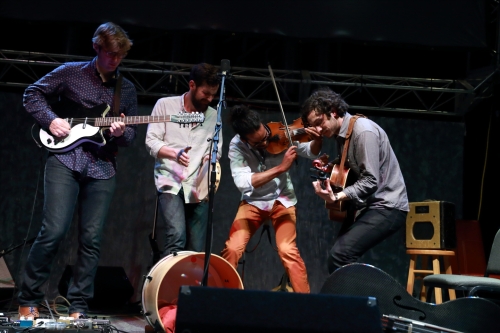 This Boston-based band has developed a devoted following over the past few years that I have no doubt will continue to grow as they headline larger venues; this show was promoted by Bowery Boston which I hope will prove to be a lucrative relationship for Darlingside.

Composed of Auyon Mukharji on violin and mandolin, David Senft on guitar, kick drum and bass, Harris Paseltiner on cello and guitar, and Don Mitchell on guitars, with all of them contributing vocals, Darlingside has everything it takes to thrill an audience: stunning harmonies, excellent instrumentality, diverse instruments, humor, and a lot of movement. 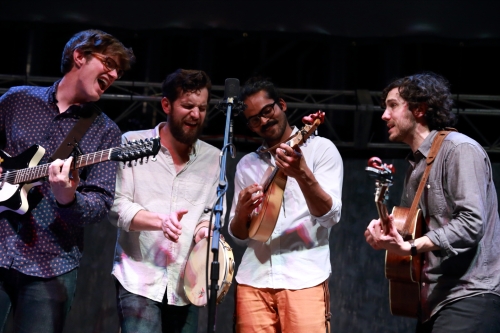 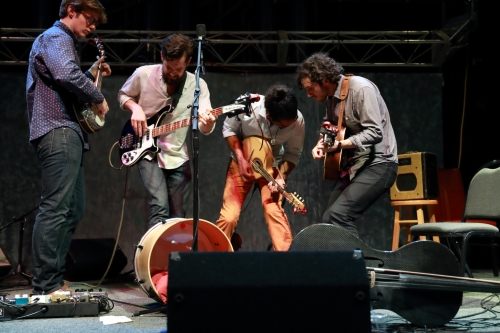 There is something about the way men harmonize that truly amazes me, and these men are masters. ‘Open Door’ is one song that shows the perfection of their harmonies; so is ‘The Ancestor’. Then again, I believe every song does it. 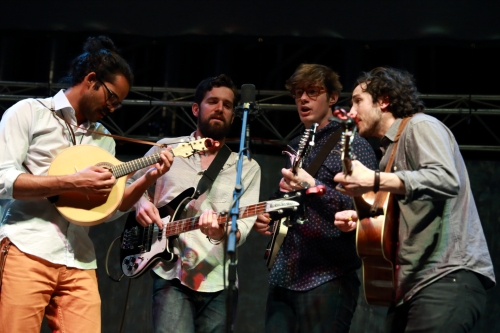 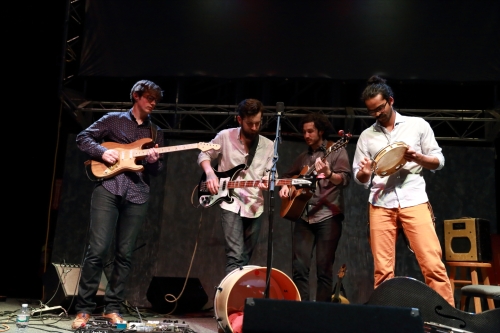 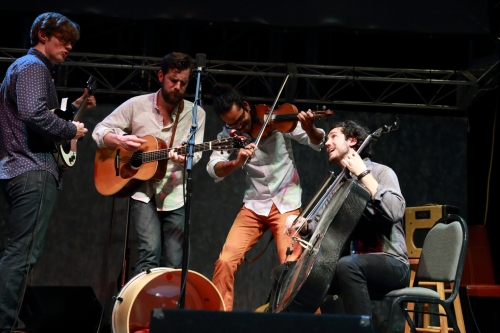 Their friendship and humor are evident in the way they perform. Standing around the old-timey/Grand Ole Opry microphone, they joke with one another and with the audience. Harris picked up an iced coffee, kidding that he had no idea whose it was, and exclaiming over its refreshing quality. A couple of minutes later, an audience member delivered four iced coffees for them and they ‘paused to refresh’, as an old television commercial said. 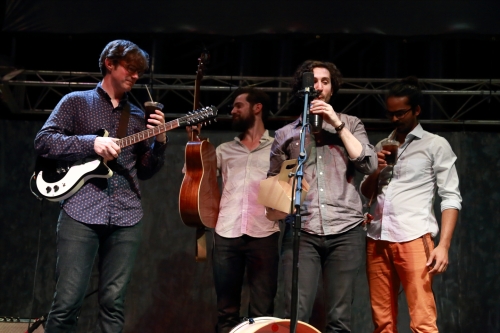 In the middle of their set, they left the stage, walking into the audience to sing one song without amplification; this delighted the crowd, especially those sitting in near them! 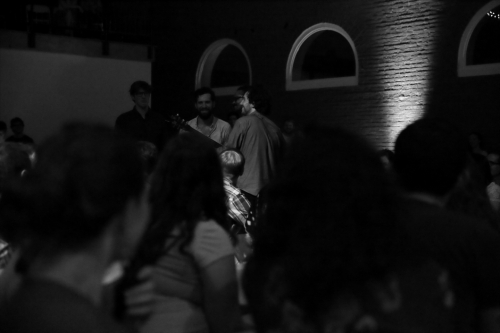 Darlingside in the audience

Darlingside played a few new songs and soon will be heading into the studio to record a new album. I cannot wait for it! 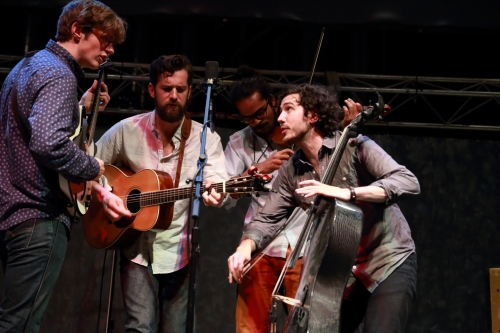 The first opening act was The Novel Ideas, a Boston-based self-described country folk band. They were genuinely surprised that there were more than twelve people in the audience to hear their terrific set! 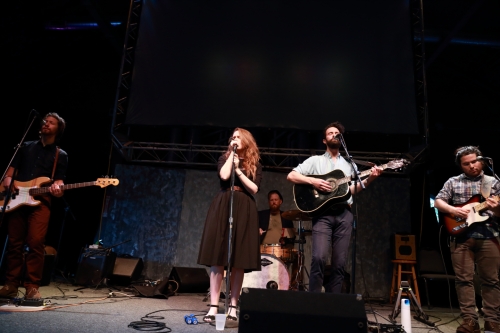 The members of the band (other than the drummer, who is relatively new to the band and whose name I could not find) are Daniel Radin on guitars, Danny Hoshino on guitars and pedal steel, Sarah Grella on percussion and lead vocals, and James Parkington on bass. They were a good choice to open the show. 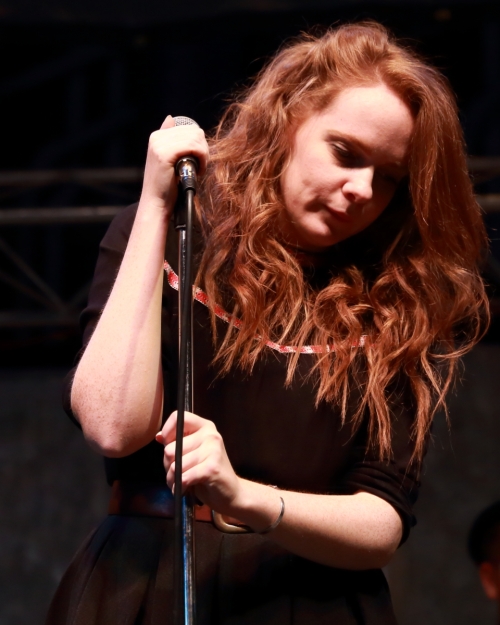 Sarah Grella of The Novel Ideas

The next opener was Joe Fletcher, another fabulous choice of opening act. Joe is currently based in Nashville, but formerly lived in Rhode Island so he is quite familiar to New England music fan. 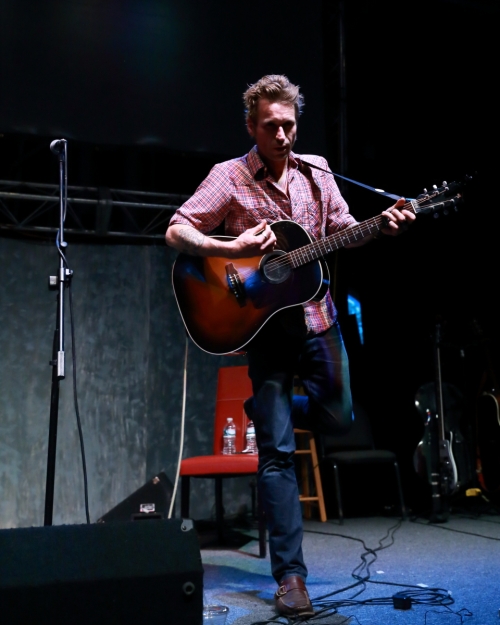 His style has gotten a little more country – in a positive way – than I recall it being when I last saw him over two years ago prior to his move to Nashville. I like the direction his music is traveling. 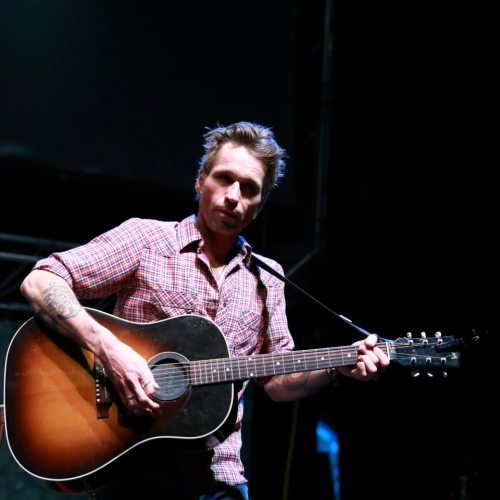 For the last song in his set, he invited friends Dan Blakeslee and Ian Fitzgerald to sing with him. More great harmonies! 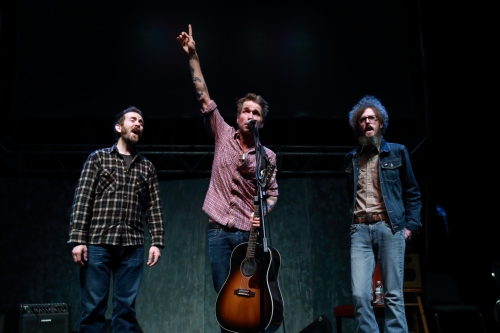 This was a fabulous show; I will see any one of these bands again… and again! 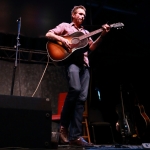 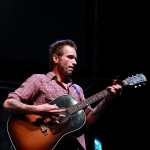 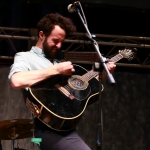 Daniel Radin of The Novel Ideas 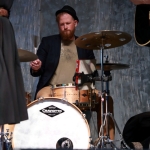 Drummer of The Novel Ideas

Danny Hoshino of The Novel Ideas

James Parkington of The Novel Ideas

Sarah Grella of The Novel Ideas