Singers And Songwriters At The Extended Play Sessions

The Extended Play Sessions American Roots Music Television announced a duo bill of Boston-based singer-songwriters Brian Carroll and Ian Fitzgerald, who will be in the studio for a Session on Thursday, June 11th at 7 pm. These are two musicians of immense creativity and talent who will perform separately as well as together. 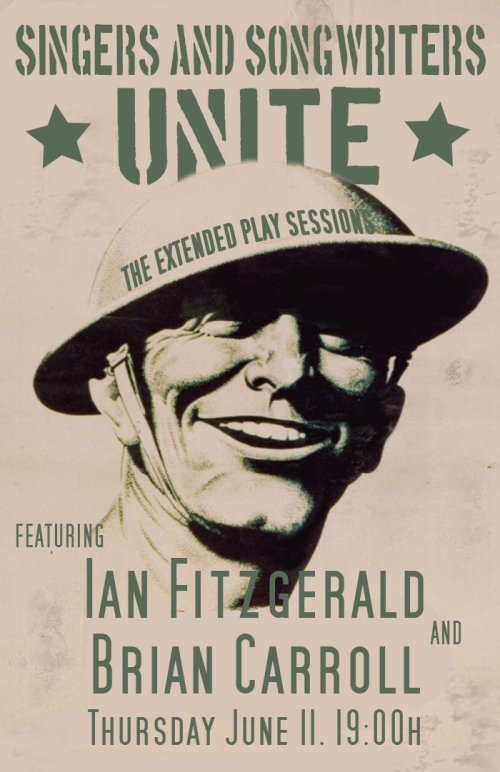 Brian Carroll – “Raised on a healthy dose of Stevie Ray Vaughan, The Grateful Dead, Dylan and The Band thanks to his old man, gave him a respect for musicianship and a good song. Playing in a variety of blues and rock n’roll bands through the younger years of life forged an appreciation for musicians creating music through improvisation and true feeling. It was, however, in college where he picked up a mandolin and found the bluegrass and country roots sound which his style most sonically emulates today. Incorporating inspiration from legendary roots musicians Hank Sr., Doc Watson and Johnny Cash with his love of modern day songwriters and musicians such as Chris Thile, Ryan Adams, Jason Isbell and his closest friends that he gets to play with regularly, Brian spins a web of music that is part storyteller, part improvisational blues and bluegrass musicianship, but all emotion and heart.”

Ian Fitzgerald –  “Ian has independently released four albums of original material and has become known for his storytelling and skillful use of language.  In their review of his latest album, No Time To Be Tender [2013], Performer Magazine called Ian “a polished songsmith who is high atop a field of great artists breaking through to festival and folk concerts throughout the States.” This summer, Ian will perform at the 2015 Newport Folk Festival.”

Here is a video of Ian Fitzgerald and Brian Carroll performing together: “Michigan“.

This is a unique “speakeasy” with very limited seating for just 36 lucky souls; every seat is no more than 25 feet from the stage.

The Extended Play Sessions American Roots Music Television Studio is located just 25 minutes from downtown Boston in Norwood, Massachusetts (minutes off I-95 and Route 1) and has free parking right outside the doors! The $25 donation includes good food and an open bar! Oh, you and about 35 other people will receive a poster that the artist will sign to hang on your wall!