Jam With Dangermuffin At The Extended Play Sessions

The Extended Play Sessions American Roots Music Television announced that jam band Dangermuffin will be in the studio for a Session on Monday, June 15th at 7 pm. Sounds like a fun night, especially if you love jam bands! 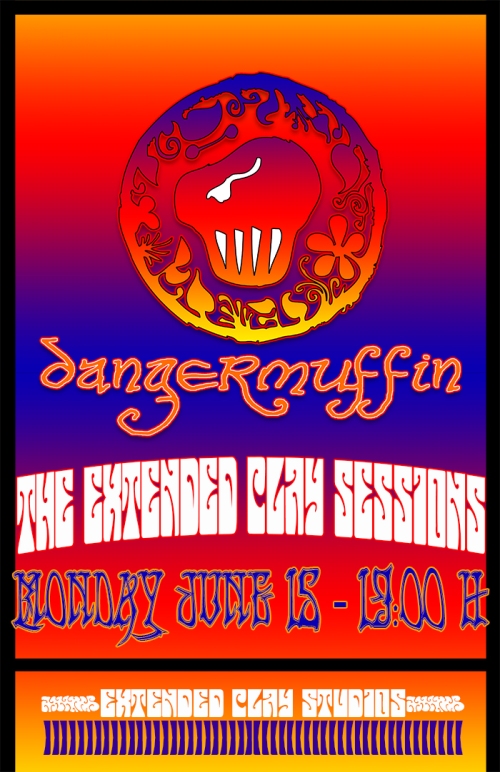 “How can we be whole?

“It’s a question asked — in one way or another — by anyone who allows him or herself to dig deeper into their own existence than the simple day-to-day drudgery that seems to fuel our society. “I want to know it and sing it from my soul,” answers Dan Lotti in the opening moments of Dangermuffin’s transformative fifth album, Songs for the Universe. From those first questions in “Ancient Golden Star” — a song inspired by a Cherokee creation myth — it’s clear that this Folly Beach-based trio has matured even further in their musical craftsmanship.

“Taken at face value, the album’s 17 tracks can still energize a backyard campfire or an early morning jog, just as Dangermuffin always has over their eight-year career. But listen closely to Lotti’s words, and you’ll discover another world of stones unturned and long-hidden truths. Archetypes of the sea, the sun and the Phoenix are prevalent throughout the collection (very nearly a concept album) that plays like a sacred scroll of sage wisdom set to the laid-back roots-based sounds they’ve built their national following upon.

If you ever had an appreciation for The Grateful Dead this show will mesmerize your soul! Here’s a video to whet your appetite:  “Moonscapes“.

This is a unique “speakeasy” with very limited seating for just 36 lucky souls; every seat is no more than 25 feet from the stage.

The Extended Play Sessions American Roots Music Television Studio is located just 25 minutes from downtown Boston in Norwood, Massachusetts (minutes off I-95 and Route 1) and has free parking right outside the doors! The $25 donation includes good food and an open bar! Oh, you and about 35 other people will receive a poster that the artist will sign to hang on your wall!