What Is Hip? Tower Of Power, That’s What!

I am sure it was with reluctance that the first appearance of Tower of Power at the Lowell Summer Music Series was moved indoors due to inclement weather. TOP, as they are known, is a dance band and the indoor space is not as conducive to dancing as Boarding House Park. 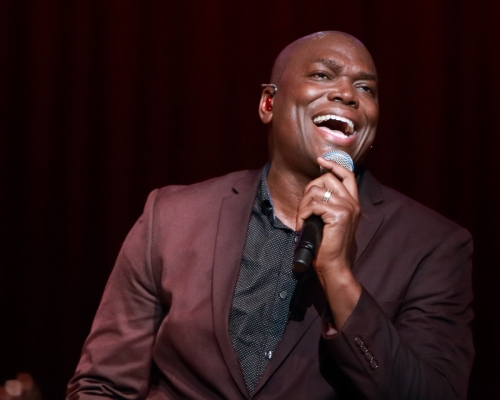 Still, TOP brought much so energy and talent to the stage that evening that, in the long run, nobody minded sitting in a high school auditorium.

TOP is a soul and funk band, with some rhythm and blues and jazz thrown into their mix, that has been together since 1968, although not with the same members. The band was founded by Kupka and Castillo.

Emilio Castillo on second tenor sax, Stephen “Doc” Kupka on baritone sax, Francis “Rocco” Prestia on bass, Roger Smith on keyboards, Tom E. Politzer in lead tenor sax, Adolfo Acosta on second trumpet and flugelhorn, Jerry Cortez on guitar, Sal Cracchiolo on lead trumpet, and Ray Greene on lead vocals and trombone comprise the current lineup (with a guest drummer because David Garibaldi is recuperating from surgery), with most of the members singing backing vocals as well. Apologies to the drummer for not capturing him in a photo; from my seat, he was behind Kupka for the entire show. 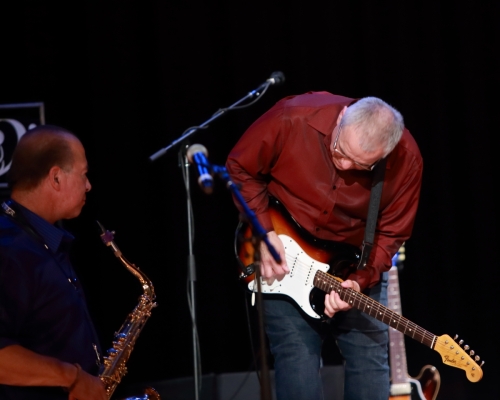 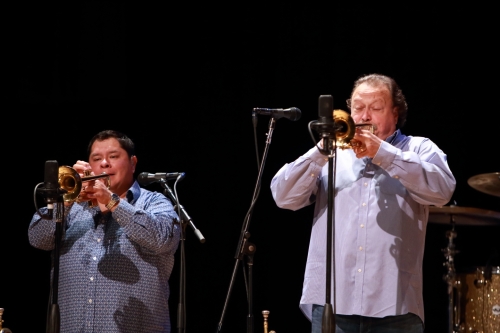 Tom E. Politzer with Rocco Prestia in the background (next to his amp with the bass clef design)

Greene is a fabulous vocalist who has been with the band for only eighteen months. He obviously has a grand time performing and knows how to work the audience. He got us dancing during a few songs, and there were several people who danced in the side aisles of the auditorium throughout the show. 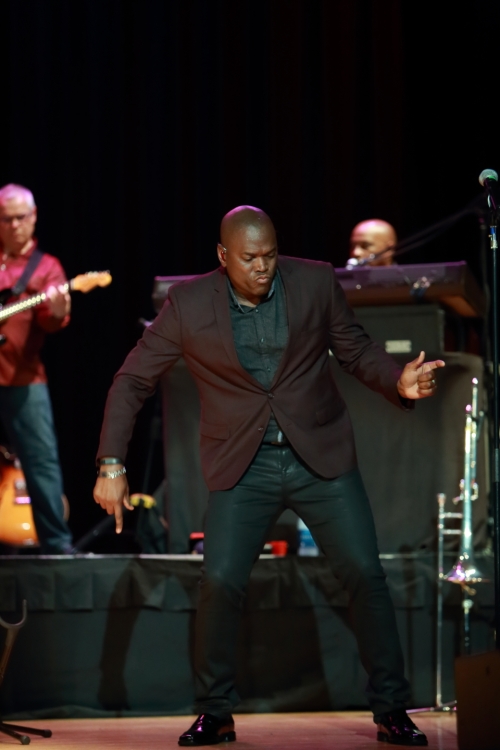 The horns section – half of the band, and more when Greene plays trombone – gives TOP its unique sound; I associate horns with funk, and they certainly deliver the funk! 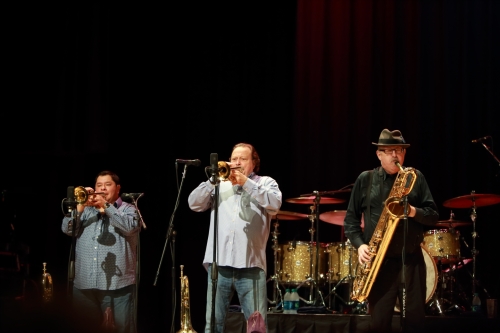 Some of the horns section

I know the band’s sound better than I know individual songs, but others in the audience knew the catalog and applauded every song as the first measures were played. Their best-known song, ‘What is Hip?’, came late in the set (if not the encore) and had most people on their feet and singing along with Greene. 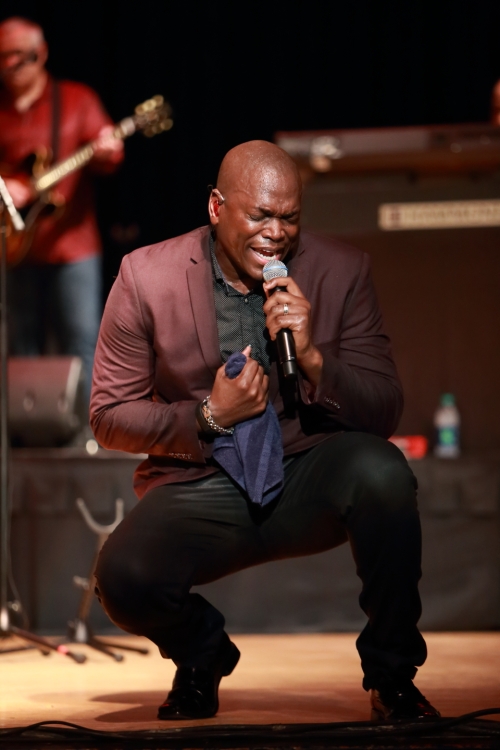 At the beginning of their set, they experienced some difficulties with the sound system which were fixed quickly. During the brief lull in the show, Greene not only entertained us with some impromptu comedy but also sang a cappella!

Vanessa Collier, a Berklee College of Music graduate, was the opening act. She is a young woman who is deservedly taking the blues and funk world by storm. 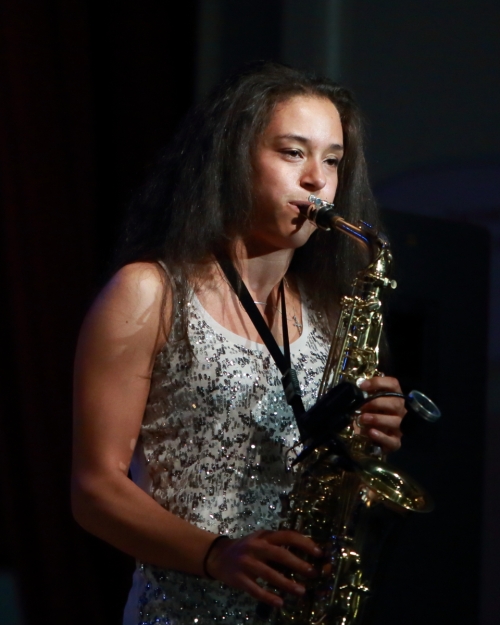 Collier is a saxophonist, songwriter and vocalist. She and her quintet played a short set of original tunes that served to give me a good idea of the extent of her talent. Her band, which consisted of Noé Socha on guitar and harmonica, Justin Schornstein on bass, Nick Stevens on drums, and Amos Ang on keys, supported her well.

I have put her on my radar to see performing a full-length set.

I can only imagine how much more amazing this show would have been had we been able to sit under the stars. It was a great show anyway, but the audience might have been more animated outdoors. The good thing is that the show went on as planned and we were treated to an evening of excellent music and entertainment. 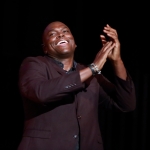