For the fourth time in the past six seasons of the Lowell Summer Music Series, Lyle Lovett played to a sold-out (or nearly sold-out) crowd in Boarding House Park; three times with his Large Band and once with his smaller Acoustic Band. 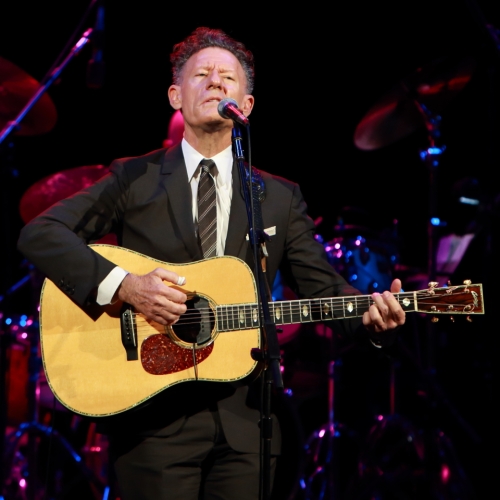 I fall more in love with Lovett each time I see him. He is one of the classier musicians I have seen, in addition to being one of the most talented and generous.

Taking the stage sporting suits and ties, the Large Band played one instrumental number to get the crowd in the mood. After that, Francine Reed ambled down the sidewalk from the back of the park to the stage, regaling us with her fabulous voice. 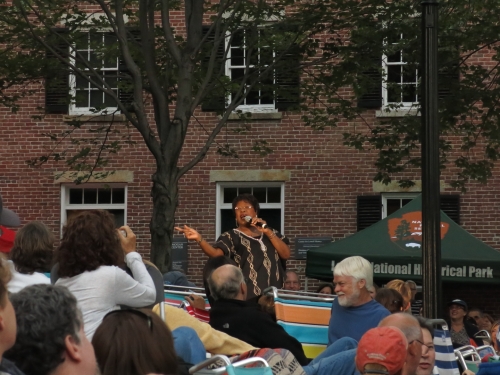 Finally, Lovett took the stage to a partially standing ovation. He was, after all, the man we came to see! Appearing almost surprised by our reaction, he quickly launched into his first song. 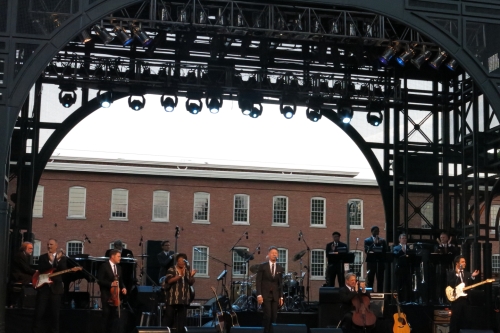 I have not seen a setlist, but if the most recent shows are any indication, he started the show with several new songs. Hopefully that means there is a new album in the offing! 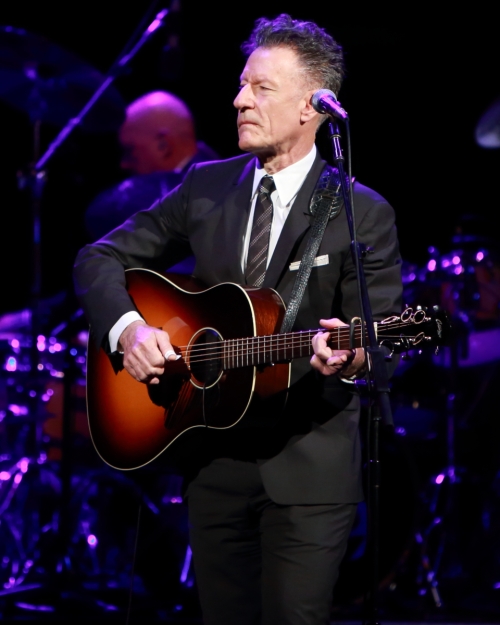 Everything Lovett performs showcases his talent as a singer, songwriter and guitarist, but also emphasizes the quality of the Large Band. 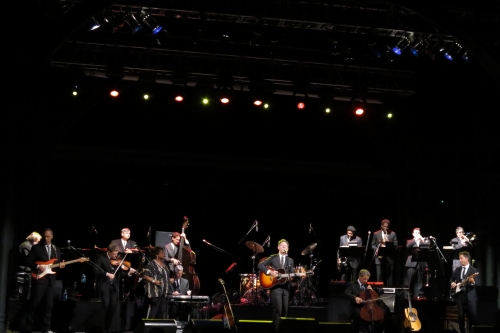 The Large Band is Francine Reed on vocals; Luke Bulla on fiddle and vocals; Keith Sewell on guitar, mandolin and vocals; Russ Kunkel on drums; Viktor Krauss on upright bass; Ray Herndon on guitar and vocals; Jim Cox on piano; Brad Leali on saxophone; Chad Willis on trumpet; Charles Rose on trombone; Harvey Thompson on tenor saxophone; John Hagen on cello; Buck Reid on pedal steel; and James Gilmer on congas.  All have solo careers, and Lovett notes that summer is the only time when they can all get together to tour. 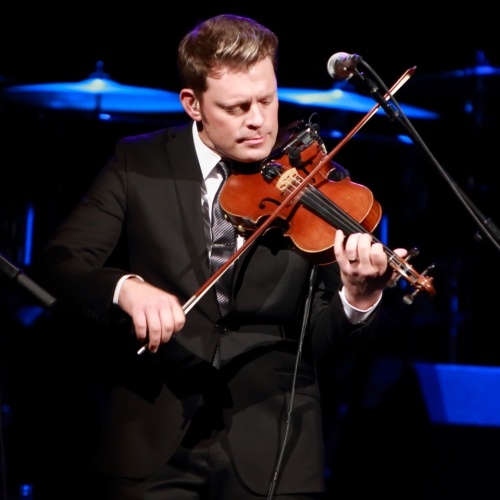 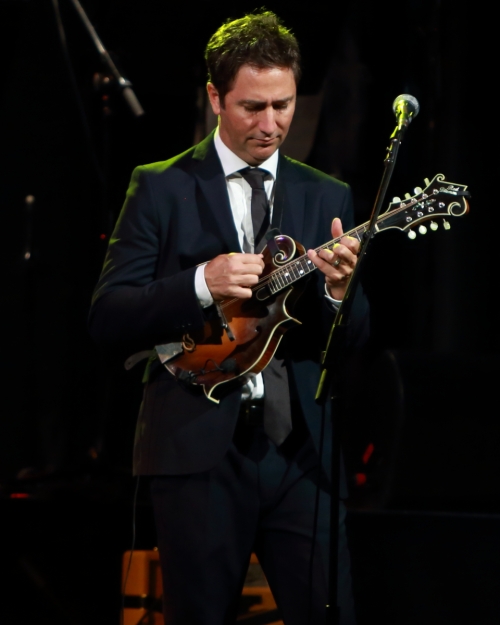 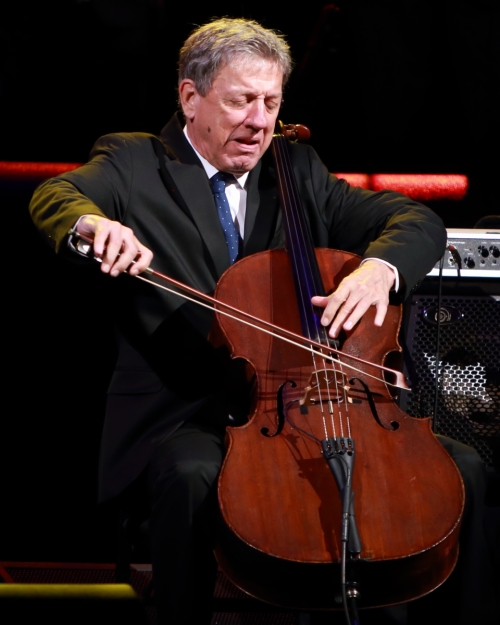 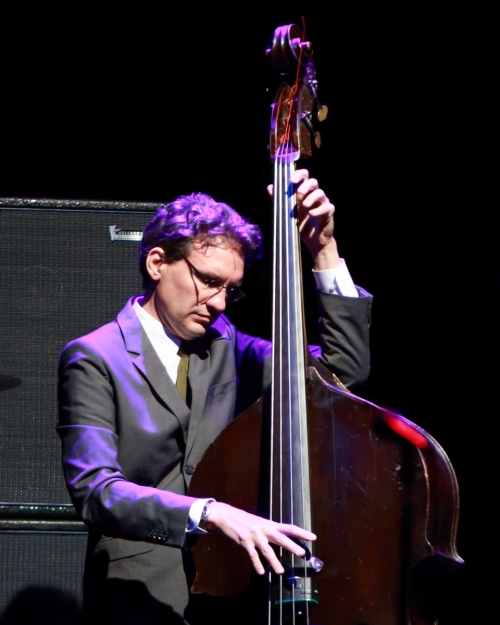 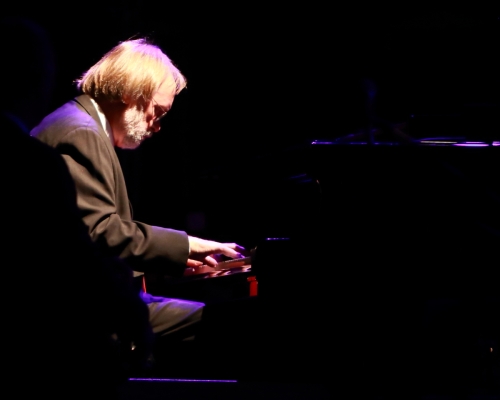 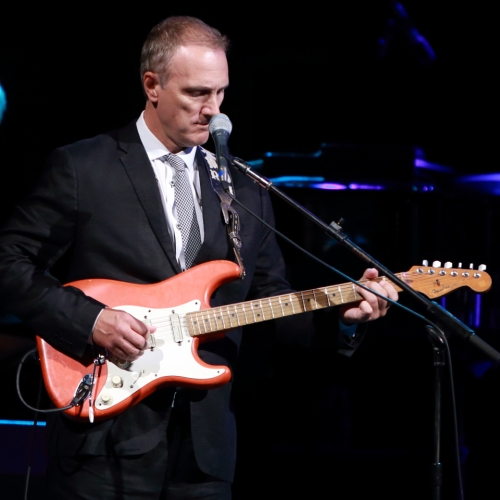 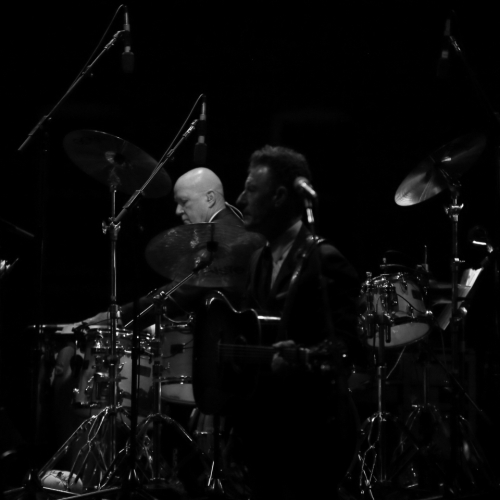 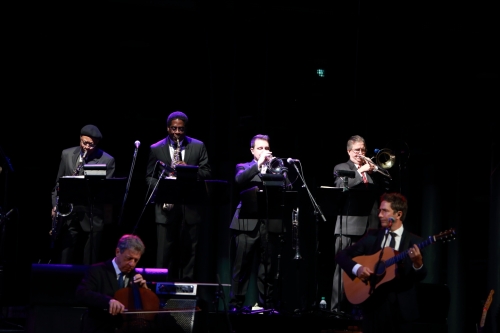 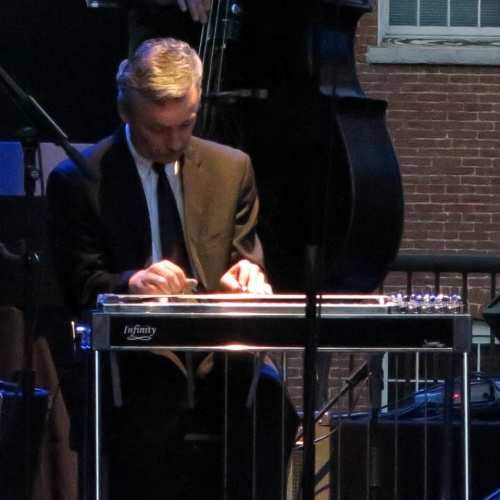 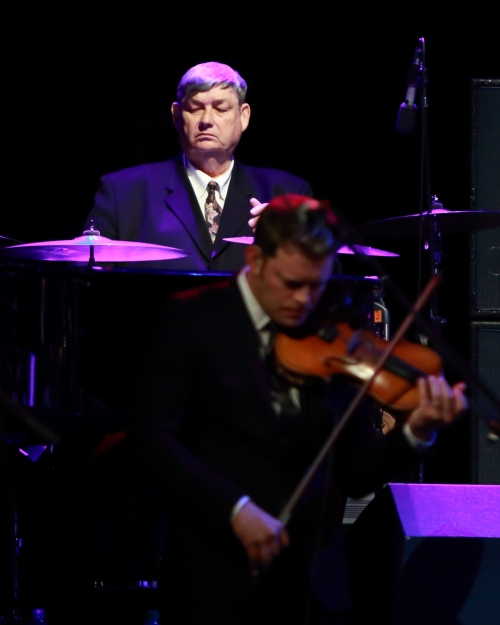 Among the many things that impresses me about Lovett, possibly the most impressive is his support of the solo careers of his band members. Bulla has an album releasing in the fall and performed ‘Temperance Reel’ from it, while Sewell performed ‘Traveler’s Prayer’, one of his songs. Both men amazed me at previous shows and they continue to do so. 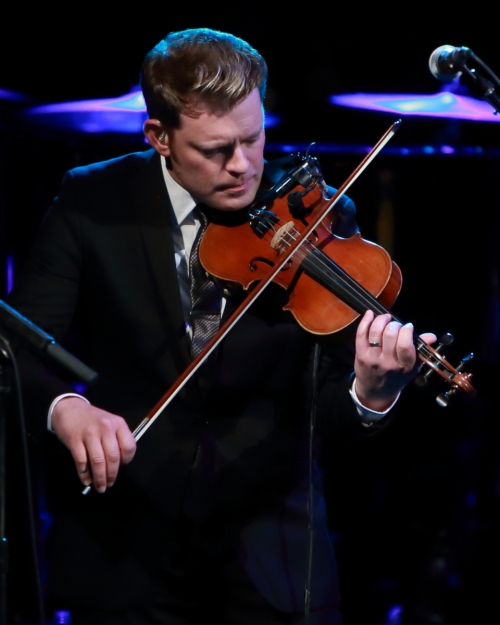 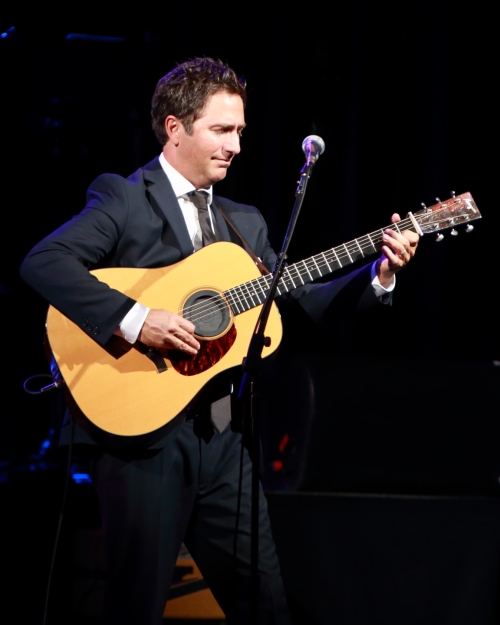 I am unsure if previous shows have included gospel music, but this show did and it was glorious! The last song before the encore, ‘Pass Me Not O Savior’, wafted over the crowd like a blanket while we were enchanted by Lovett’s voice and the harmonies that accompanied him (especially Reed’s). 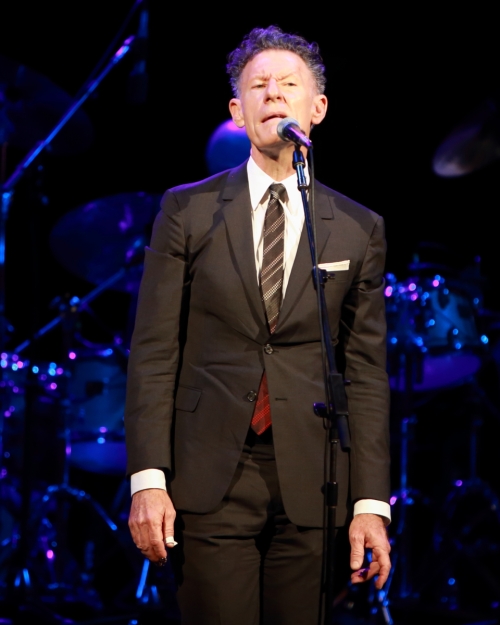 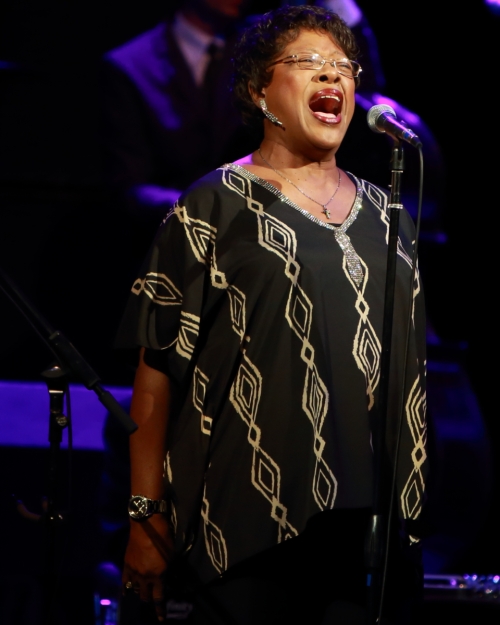 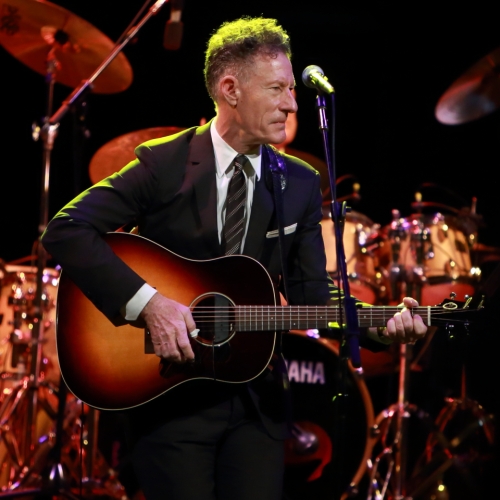 The format of the show was interesting. The beginning and end portions included the entire Large Band and Reed, while the middle portion was done mostly without the horns or Reed. Each musician took at least one solo (not including the two songs by Bulla and Sewell), again highlighting the incredible talent Lovett has assembled for the Large Band. 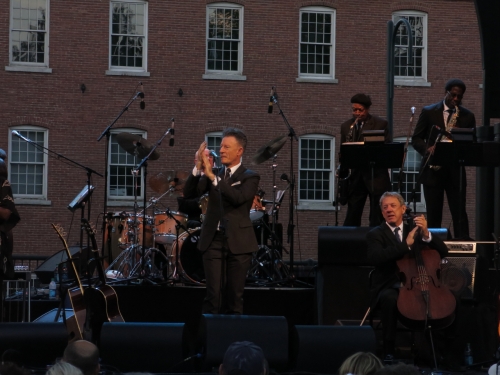 We had to wait until the end of the set to hear some of Lovett’s best-known songs, including ‘That’s Right (You’re Not From Texas)’, ‘She’s No Lady’, and ‘If I Had a Boat’, although one of my favorite songs – ‘I Will Rise Up’ – appeared toward the beginning of the show. 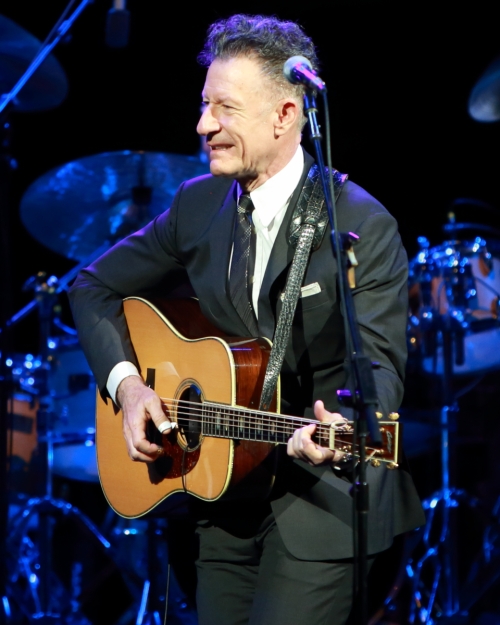 Lovett is witty, entertaining, and intelligent, and he brings much joy to my life. I hope he becomes an annual event at the Series, because the Series loves you, Lyle! 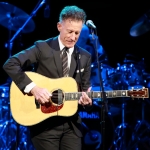 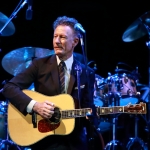 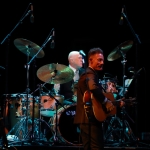