The NightOwls Were A Hoot (Sorry, Couldn’t Resist)

The NightOwls, a soul/Motown/R&B band from Austin, filled the stage at The Extended Play Sessions recently and brought their A game to us.  They graciously fit us into their tight schedule and delivered a terrific performance.

I missed the first couple of songs because traffic was atrocious (and this show started earlier than usual because the band had to be in Cambridge for a show later in the evening), but luckily for me they had to re-record one of them so I did not miss much.

What immediately impressed me is the tightness of The NightOwls. I have a feeling that is something not easily accomplished with a large band.

As I mentioned, this is a large band; on this night they had nine members of the band which sometimes numbers twelve or thirteen. Comprising the band at this show were Ryan Harkrider on lead vocals, Tyler Carmen on backing vocals, Tara Williamson on backing vocals, Oscar Interiano on keyboard, Rob Alton on bass, Amos Traystman on guitar, Ben Petree on drums, Michael Rey on trumpet, and Andrew McLemore on saxophone. Unfortunately I did not capture a decent image of Rob Alton, so I will have to see them again! 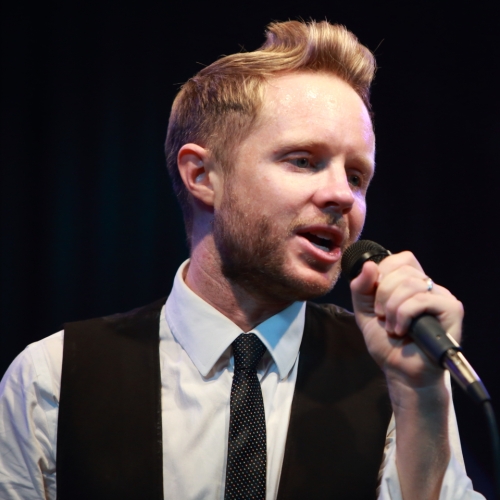 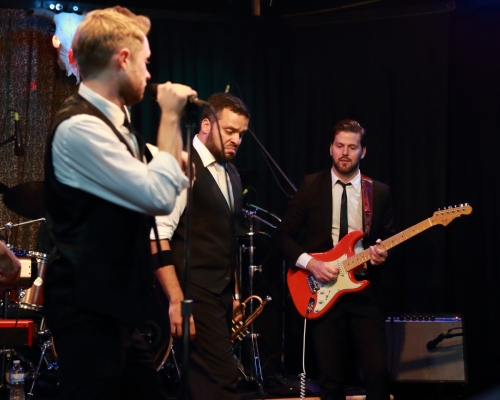 Ryan is quite adept at working the crowd and getting people dancing. While this is a true listening room, there is more than enough space for dancing and many took advantage of it. One of the songs off their latest release, FAME Sessions, is titled ‘Get Up!’ and that is exactly what some did! 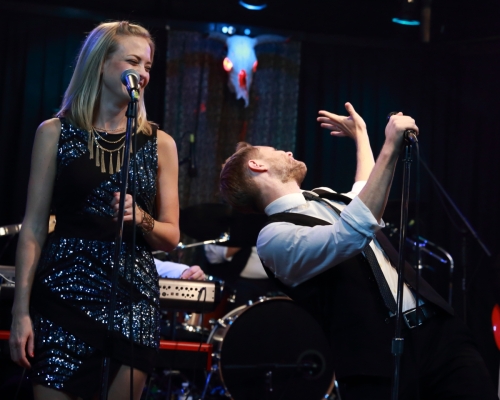 Ryan Harkrider (I like Tara’s smile hidden behind the mic)

This band made me feel happy. I did not have to think about the meaning behind the lyrics or struggle to keep the beat. They caused me – and everyone else in the room – to smile. 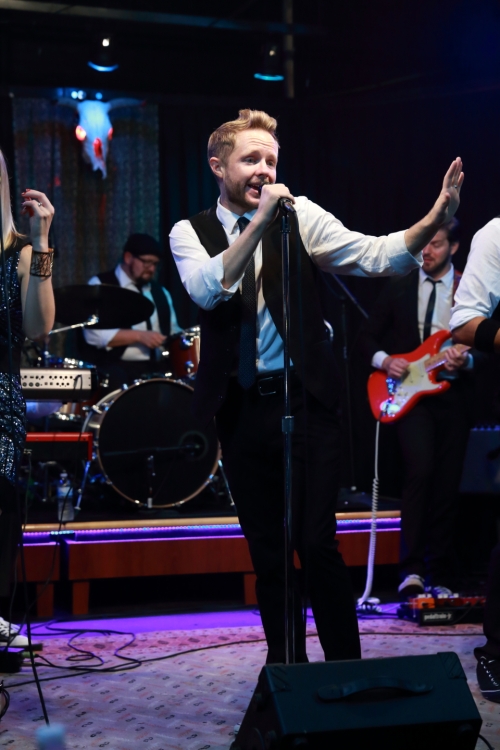 Their new album was recorded at FAME Studios in Muscle Shoals with some amazing talent producing it. Buy it – it will make you feel happy (and if you’re already happy, happier)! Better yet, see this band when you have a chance. 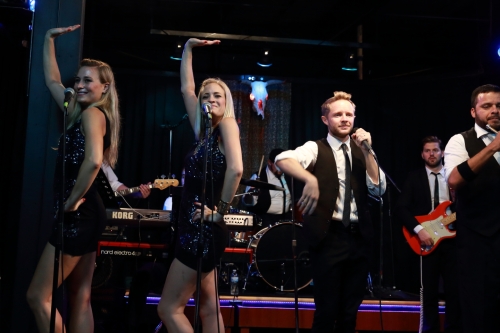 They have a Sunday gig at Icenhauer’s in Austin; if you live nearby, it sounds like it’s worth checking out. I’ve been advised that they serve great chicken and waffles! Wherever you live, see The NightOwls when they are appearing in a venue near you.