Hip-hop bluegrass you’re saying to yourself – how could that be? I said the same when I saw them on Johnny D’s schedule for April 2014. I went to the show not knowing any of their music and walked out of that show knowing I had stumbled onto something amazing.

This, my fourth Gangstagrass show and their final show at Johnny D’s (because it is closing in March 2016), was no less stellar than my first, second or third shows! And truth be told they probably get better because I know their music so well (and consider them to be friends). Prepare yourself to read a biased, glowing review!

The music and instruments provide the bluegrass and the rappers provide the hip-hop. Everybody sings though, as does the audience. Almost all the songs as bluegrass; sometimes they stay there but sometimes morph into hip-hop and back to bluegrass.

The current lineup of the band has been together for about a year and a half. Rench is the founder of the band and plays guitar; Melody Berger plays a mean fiddle; Dan Whitener provides the banjo riffs; Landry McMeans is usually on dobro but she was not available for this show (I missed you, Landry); and Dolio the Sleuth and R-Son the Voice of Reason are the two rappers. 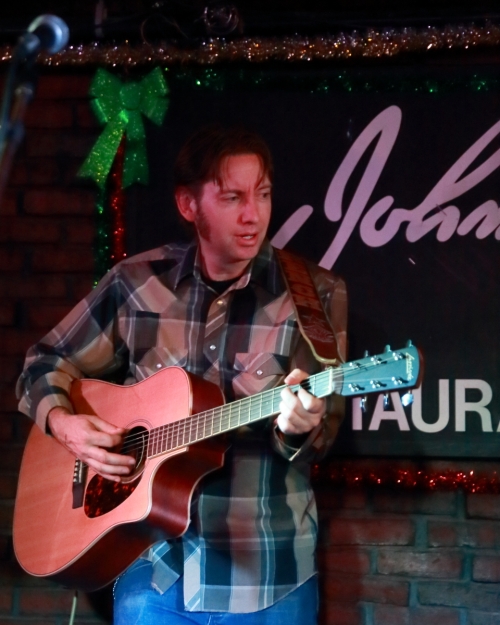 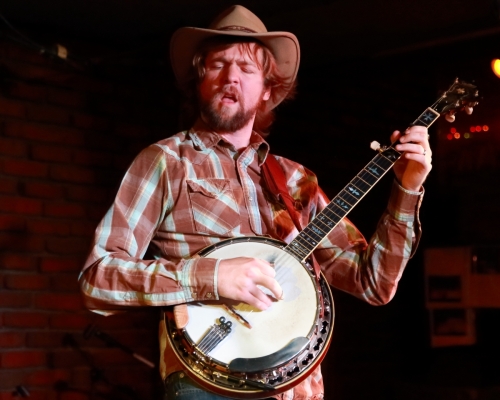 It is so clear that they genuinely like one another. Their on-stage chemistry is electrifying. When I watch R-Son lean on Dan with an impish look on his face, or see Dan, Rench and Melody watching each other intently, I feel the electricity in my bones! There is joy on the stage when they perform. 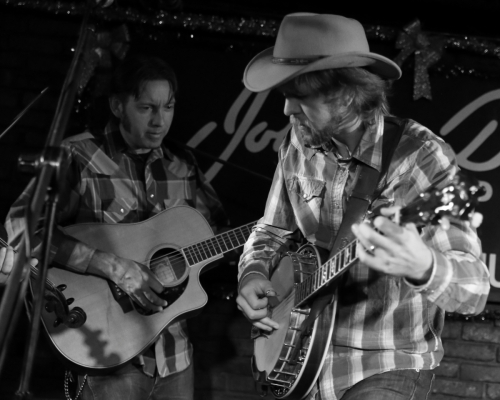 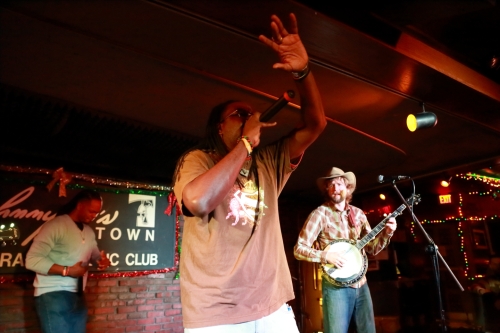 They released an album – American Music – earlier this year and it made its way onto a number of top 25/50/100 lists. The last time I saw them, I had not heard the album; this time, I was able to sing along with most of the songs. They played songs from all four albums, which I appreciate because I love all of the albums. 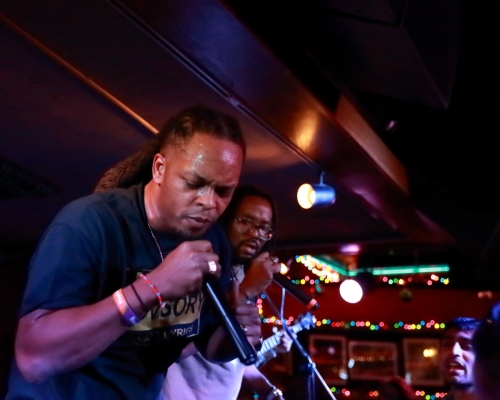 Dolio the Sleuth, R-Son the Voice of Reason

Some of my favorite songs are ‘You Can Never Go Home Again’, ‘Keep Talking’, ‘Peaches’ (thank you, Melody), ‘Bound to Ride’, and ‘I Go Hard’. One of the best music t-shirts I have seen comes out of that last song (a banjo player outlined in black on a white shirt with the words ‘go hard’).

At every show I have seen since the first one, I spoke with people who were seeing them for the first time. I raved about their live shows and not one of them said afterward that I had exaggerated the experience.

Dolio the Sleuth and audience

Three of the four shows I have seen were at Johnny D’s, but this was unfortunately their last show at that fine venue. We will find other venues in the area where their music can be enjoyed. 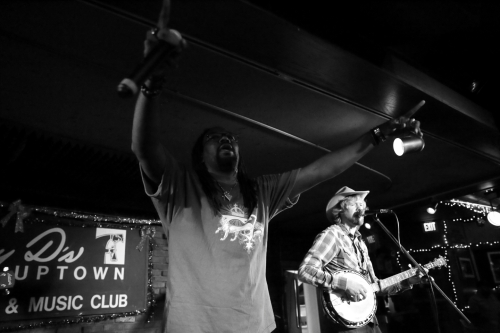 The band does not tour a lot so catch them when you can. I would love to see them at festivals such as Freshgrass or even Newport Folk Festival. They might have to do PG-13 sets, but some child-friendly Gangstagrass is better than none!

Opening for Gangstagrass was a Boston-based band, Populace. 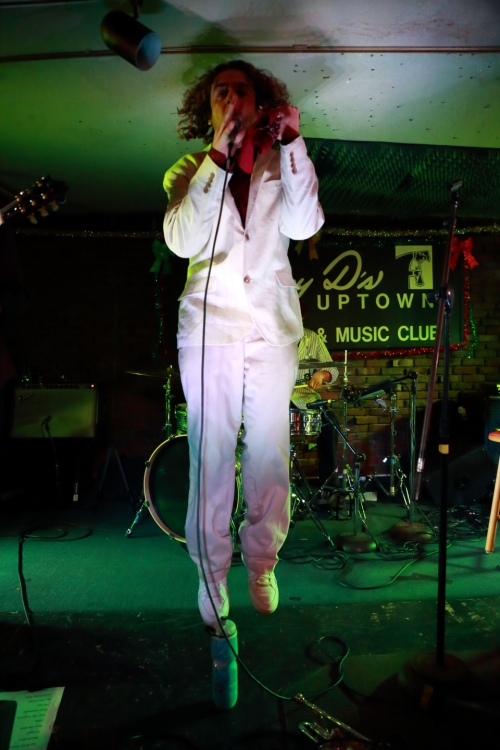 They have a funky, rhythm and blues sound that I enjoyed, and a high-energy performance style. 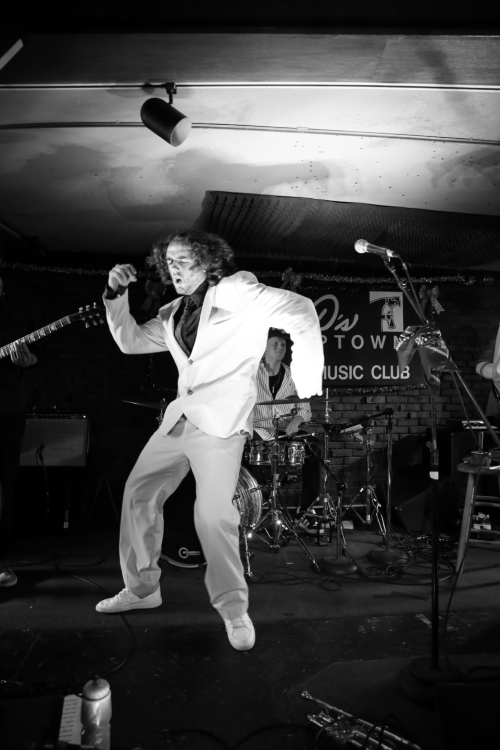 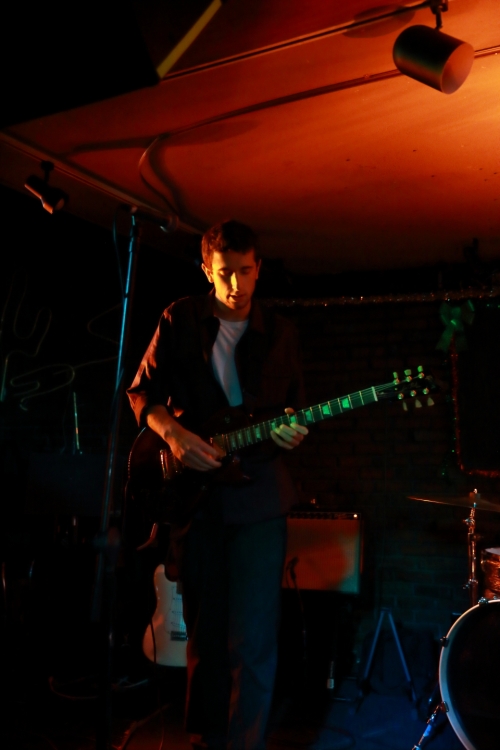 What a night of fantastic music! I wish Gangstagrass could have played for another hour at least! 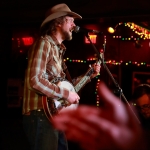 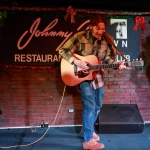 Thanks to Gangstagrass for the ticket; all opinions are my own.